3ds Max is a commercial 3D modeling and animation software. It's developed by Autodesk and available only for Windows. First released in 1996, the program has since gained a huge following – its reputation and popularity are tremendous. It's believed to be a go-to solution for anybody who considers a serious career in 3D. 3ds Max is used by landscape, interior and industrial designers, engineers, independent 3D artists and for creating video game assets. Along with another Autodesk's product – Maya – 3ds Max has also become an industry standard in movie making and television, mostly being used for designing initial models, while the animation and VFX niches are occupied by Maya and Houdini. 3ds Max is also considered very user-friendly and easy to learn – its interface is intuitive, the way the features are presented is not overblown and the amount of documentation and online tutorials seems to be endless.

Unsurprisingly, 3ds Max is also expensive. And while that might not be a problem for those already in the industry, for a regular beginner or a hobbyist paying $1,545 a year is not always a smart idea. And even if they could afford it, it's not a small amount of money for something you would like just to try your hand at.

Does the free version exist? In a way, yes. Luckily, there are free trial (that's active for 30 days) and an educational license (which lasts for three years) available.

There are also free alternatives to 3ds Max that will be covered in this article.

Features and capabilities of 3ds Max 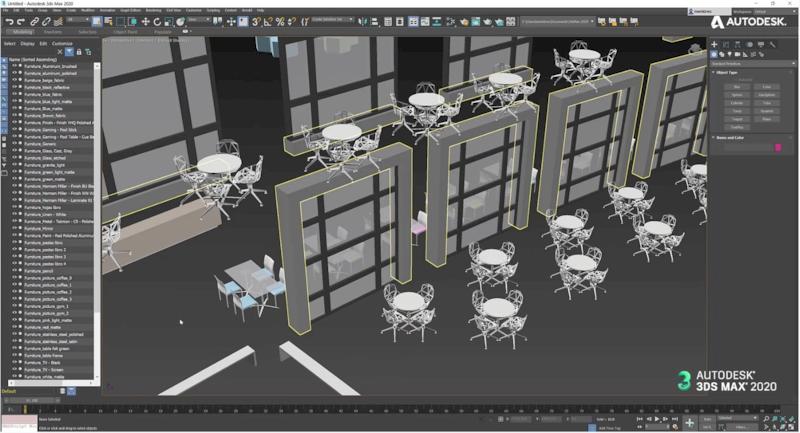 The feature set of Autodesk 3ds Max is impressive: full support of parametric and polygonal modeling, clogth, light and particle simulation. Spline-based modeling is also supported, as well as the NURBS-based tools for working with meshes. Another feature is that 3ds Max allows you to create models from point cloud data.

Animation abilities include a built-in Character Animation Toolkit for working (even rigging) with non-bipedal characters. Bipeds and human-like characters are covered by another toolkit named Character Studio. The Motion Paths feature provides viewpoints and editing solutions for the paths that your animated characters and objects will take.

3ds Max can be easily integrated with various CAD solutions and that makes it extremely useful for architects and engineers.

Here’s one of many tutorials available online:

It's really interesting that there are two different 3D modeling programs developed and offered by Autodesk and both are really popular. And while many features are similar and interchangeable, Maya and 3ds Max are focused on different areas.

Frankly speaking, Maya boasts more impressive and extensive 3D animation tools. There aren't many programs on the market that have comparable rigging and animation features. And everything is in one package – Maya is just as powerful for 3D modeling . But 3D animation is what makes it an industry standard in filmmaking, television and video game production.

Maya is also a great VFX program, even though recently the software named Houdini has been aiming to dethrone Maya as a go-to VFX solution in large commercial projects. Maya has its own powerful scripting language MEL that extends many of software's abilities and speeds up the workflow.

And the last point: Maya is available for both macOS and Windows, while 3ds Max is Windows-only.

3ds Max, on the other hand, shines in 3D modeling. Its compatibility with various CAD solutions also makes it a better choice for engineers and even 3D printing enthusiasts (even though there are more focused programs for that use case).

3ds Max is also considered more intuitive and easier to learn than Maya, but the opinions may vary. 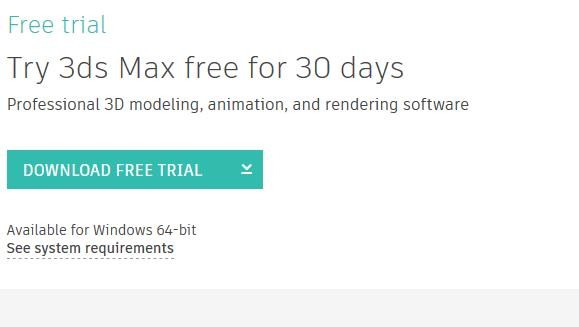 A one-month free trial version can be downloaded from Autodesk’s website. It's not limited in any way, and the download process is rather simple: you just need to click the "Download Free Trial" button and go from there. You'll be required to enter personal information to create an Autodesk account or use your existing one.

Educational license of 3ds Max is valid for three years and available for students and teachers. It can be downloaded here. The steps involve signing in your existing Autodesk account or creating a new one, entering information about your institution and field of study, everything else is simple and intuitive. 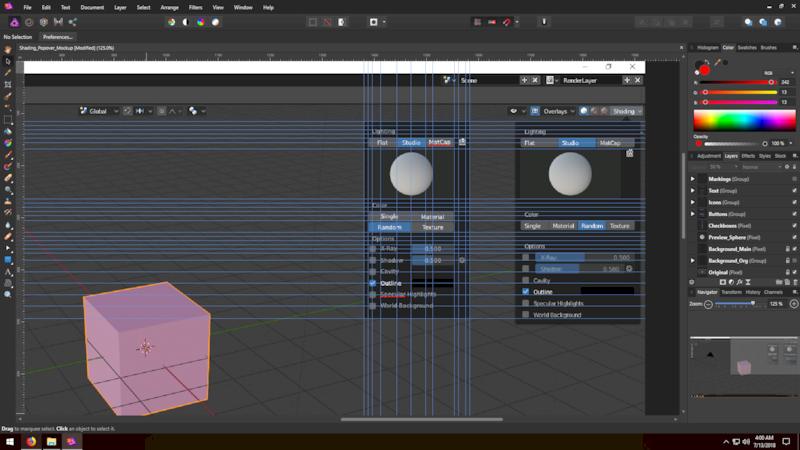 Blender is a free and open-source cross-platform 3D modeling and animation software. It's probably the most mature, popular and powerful 3D modeling solution available for free. Big and active community and extensive documentation also help. So it's not surprising that Blender is widely used by 3D and graphic designers, video game creators and 3D printing enthusiasts – professionals and hobbyists alike.

Blender is powerful and boasts a wide range of features. It has a built-in rendering engine Cycles, smoke and fluid simulation and various rendering abilities and camera effects: such as depth of field support. Procedural modeling is available, so automation can accelerate your workflow. There are different animation abilities as well, including rigging, lattice modifiers and inverse kinematics. Motion Paths – not unlike the feature used in 3ds Max are also available.

For those willing to extend the abilities of Blender, there exist many different plugins and the program supports scripting. New features are regularly added as Blender is under active development, and the community support is priceless.

So far Blender is likely the best and most functional free 3ds Max alternative on the market and it's also cross-platform and open-source.

You can watch a tutorial covering the functionality of the latest version here: 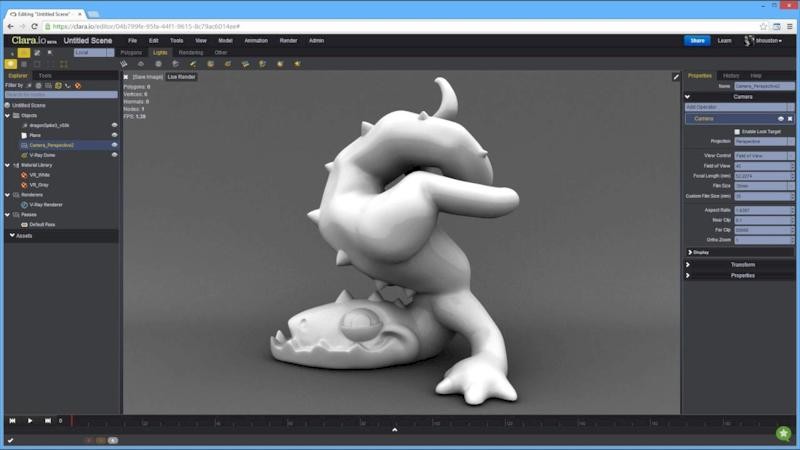 Clara.io is a free (with premium options) web-based 3D modelling software. It's a fully fledged 3D modeling, editing and animation solution – powerful and useful with a wide range of features covering everything that is needed for both professionals and hobbyists.

Basic polygon modeling tools are supported: beveling, cutting, extrusion, slicing and others. The V-Ray rendering engine is powerful and works perfectly in the cloud – which is a great and rare feature. Other cloud capabilities are useful as well – everything is synched among multiple users and sharing and contributing is as easy as it gets. Although there are some limits in the free version, the subscription is not expensive and the potential is impressive.

There are also various animation tools – Clara.io supports keyframe animation and uses interpolation for filling in missing frames. The process can be precisely controlled by using the Timeline tool and your final 3D animations can be embedded into websites – a very impressive ability.

While the feature set may be a bit basic compared to more powerful and serious enterprise competitors, the ease of use and cloud abilities make up for that. The program is also free, and even the paid versions that are not limited are quite inexpensive.

Here’s a review of Clara.io: 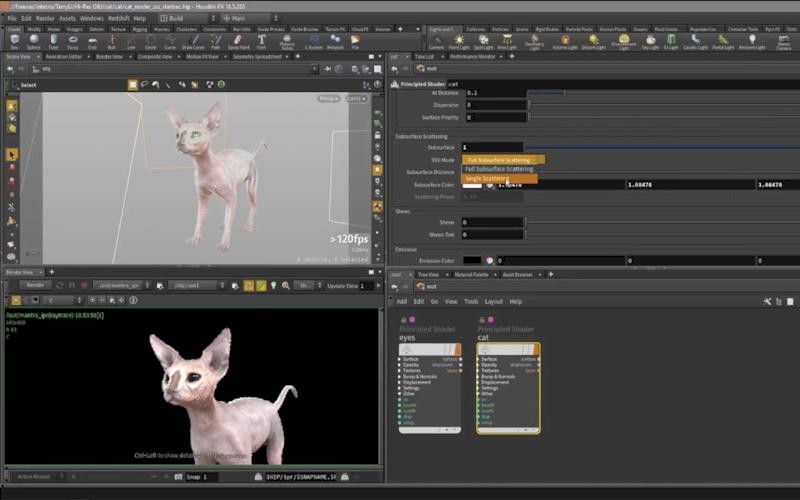 Houdini Apprentice is a free (albeit slightly limited) version of a paid cross-platform 3D modeling software Houdini. It's widely used in movie and television industries, especially for creating VFX. Some consider it the most serious competitor to Autodesk offerings (3ds Max and Maya) and the program is on its way to become the industry standard.

Houdini Apprentice is not much limited compared to the full version, and the same cannot be said about many free versions of the paid software. The limits are handful: renders are available at HD resolution at max, and the noticeable watermark would be present, and there are some export and import restrictions. But other than that, the functionality and abilities are essentially the same.

The features include powerful procedural modeling – the program can automatically generate almost any object this way, and the models can easily be reused because Houdini allows you to quickly modify them. Animation tools are impressive as well, there is a built-in muscle simulation that makes rigging much more precise and realistic, there are big crowd simulators that have an extensive feature set.

The main selling point of Houdini is how great it is for creating VFX. Fire, fluid, particle and smoke simulations are supported and are very realistic. Those can be procedurally generated as well.

Houdini Apprentice boasts almost a full feature set of the full version, and the latter is considered the main competitor of Maya in various industries. It's a great software for those interested in impressive VFX, animation and simulation abilities and is one of the most powerful alternatives to 3ds Max that you can download for free, if you don't mind the limited resolution of your renders.

You can watch a detailed tutorial for those new to Houdini here: 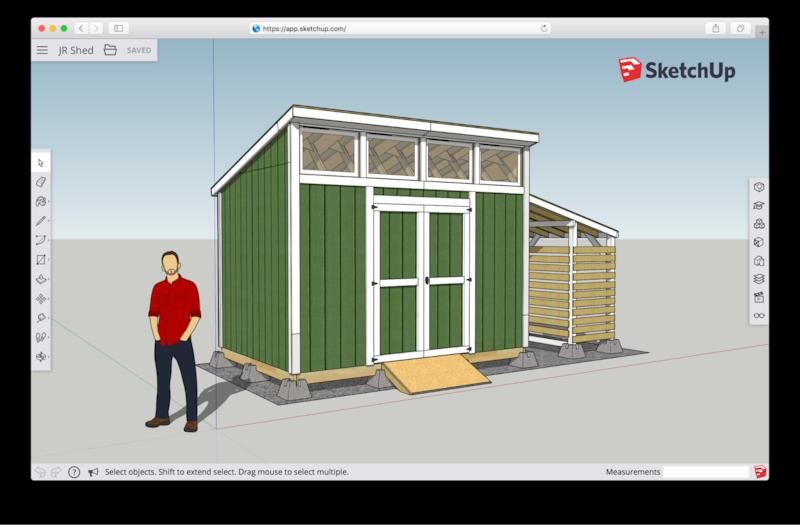 SketchUp Free is a free web-based version of the paid 3D software SketchUp. It's certainly limited compared to the full-fledged version, but it might be a good alternative to 3ds Max for some people. Being browser- and cloud-based, the program has serious collaborative abilities. 10GB of cloud space is default even on the free version. The rendering is a bit limited, compared to the full one but will be enough for more than basic things, even though the hi-res export is not available unless you pay. Animation is also not supported.

Still, SketchUp Free is a versatile tool worth mentioning. There are advanced 2D tools that are rare even on powerful 3D programs, there is an STL support that is priceless for those interested in 3D printing, model viewing is supported even on mobile devices and the amount of cloud-based features is astounding. The program truly uses the potential of being web-based.