Autodesk Inventor is a popular and powerful CAD software available only for Windows. It's widely used across the engineering and industrial design industries and, being released 20 years ago, has gained a significant reputation among the professionals. Unsurprisingly, Autodesk Inventor is also rather expensive (currently starts at $1,985 per year). And while it's worth the money, not every engineer or designer would want to commit to buying the full version. Let alone the enthusiasts and those who are only starting their path.

Does the free version exist? The answer would be "technically, yes". You could try a free trial that lasts for 30 days. There is also a free educational license for students and teachers, it's available for 3 years and has all of the features. A slimmed-down cheaper version exists as well. It's called Autodesk Inventor LT, currently costs $400 a year and is functional enough for many users.

In this article, we will talk about the features that made Autodesk Inventor so popular and reputable, compare and review its free licenses and a cheaper version with the full one, and last, but not the least, provide a list of various free alternatives available.

Features and capabilities of Autodesk Inventor 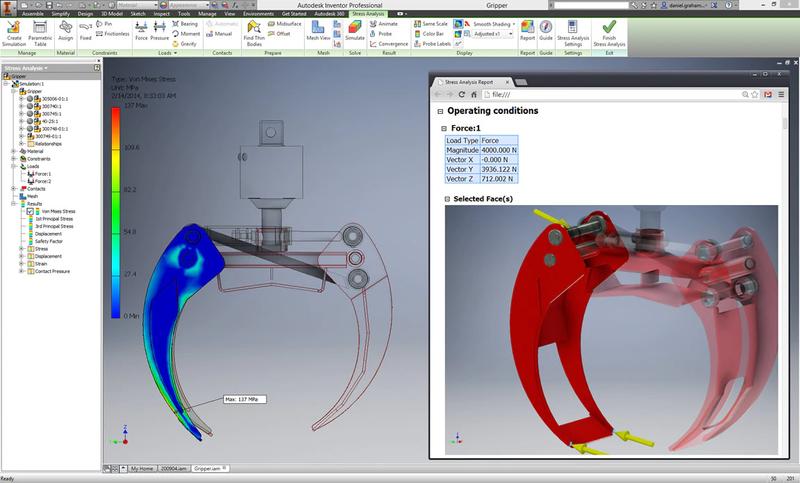 Autodesk Inventor is available only for Windows and focused on simulation and prototyping. Widely using among production designers and engineer, Inventor has an impressive set of features. The graphics-based interface is clean, intuitive and simple, it's surprisingly user-friendly. Versatiles parametric, direct edit and freeform modeling tools are available. There's an ability to adapt the parts of your design to the changes of the original geometry. An extensive and advanced motion simulator allows you to test how the object and each parts will move and interact under different circumstances. Even the forces of friction are calculated and simulated. Many actions are automated or semi-automated, which helps the engineers and designers to focus on their work instead of fixing little things. Inventor supports various file formats: dwg, ipt, iam, idw and ipj. Together with the AnyCAD support it makes the software pretty good for collaborative work and using it with the other CAD solutions. The iLogic technology provides something similar to a specific language that allows you to design your works based on your own set of rules, further extending the software's capabilities.

Here’s one of the tutorials available online: 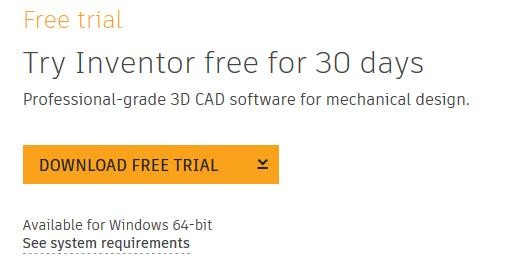 A free trial (for 30 days) can be downloaded from the website. You only need to make an Autodesk account. The feature set is complete and nothing is limited or hindered in any way.

The downloading process is simple: Click "download Inventor for free", select your OS, choose "Individual or Business User", choose the language, enter the information and read the Trial Notice.

A student or a teacher can use the software for educational purposes without paying any money. The license lasts for 3 years and a copy can be installed on up to two devices. You will need to go to Autodesk Education Community, choose Autodesk Inventor, create an account or use your existing Autodesk account. After that, you can download the software after choosing the version, OS and the language. Install the version and enter the serial number that was sent to your email address during the download stage. 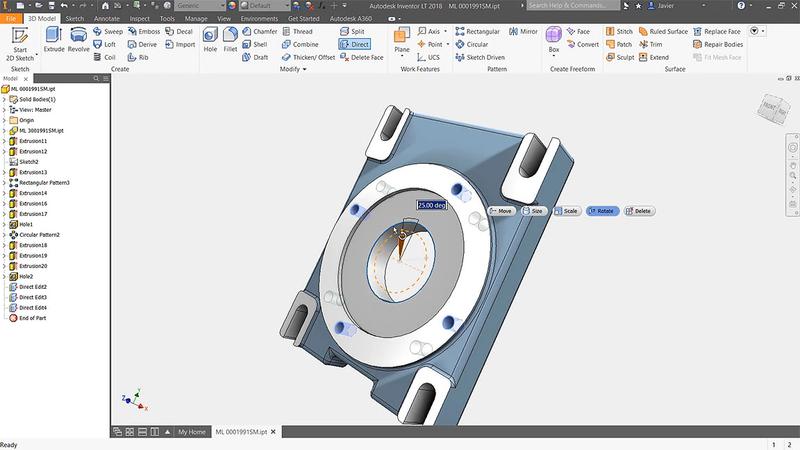 Inventor LT is a cheaper (at $400 per year) version of Autodesk Inventor. The feature set is much more limited, but the main difference is that it lacks the simulation and analytic abilities (it can't do stress analytics at all) and some of the 3D features. Assembly modeling isn't available as well. You can't enhance your designs using the Shape Generator tool (a really powerful ability of the full version) and you will not be able to generate Plastic Parts automatically.

The comparison between the programs can be found on the official website. 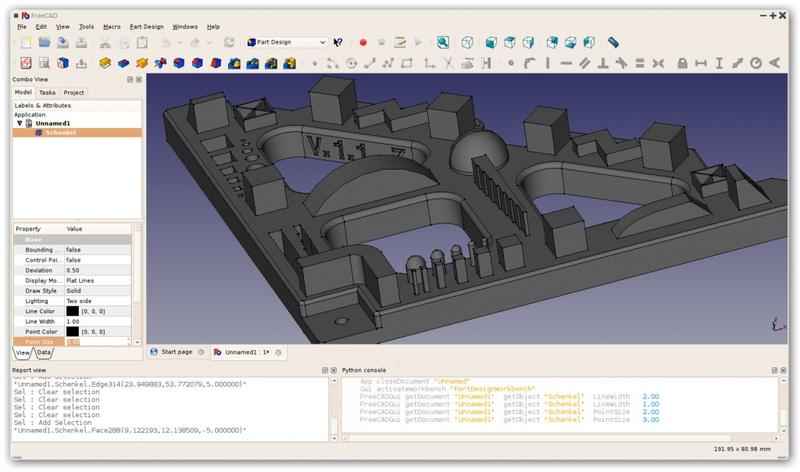 FreeCAD is free and open-source (the license is LGPLv2+) cross-platform 3D CAD software. It's modular and community-developed, so you can extend its capabilities with several plugins and Python scripts. The interface is less polished than Autodesk Inventor's one, but any person with the experience of using CAD software can easily use it. The program is focused on parametric modeling and the features are extensive. All changes are quickly calculated and can be redone, the program does many things automatically. You can model with straight or revolved extrusions, sections, and fillets. There are also impressive simulation abilities, which might not be on par with the Inventor functional but are still significant: self-weight analysis, complex analytics and even robot simulation for those planning manufacture their models. There are also advanced 2D tools, such as Sketcher.

You can watch a useful FreeCAD tutorial for complete beginners here: 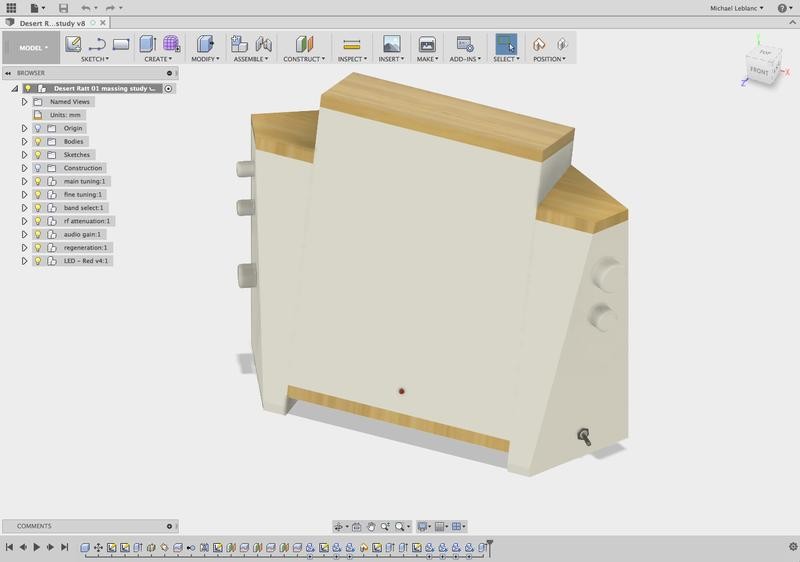 Fusion 360 is a CAD software available for Windows and macOS. It is also developed by Autodesk. It usually costs money but can be used free of charge non-commercially or by small startups. There is also an educational license available that lasts for three years. It’s capable of parametric modeling (although it’s not the only thing It can do, organic modeling is supported as well). Simulation abilities are extensive: event simulation, static stress, thermal stress, non-linear stress. Shape optimization allows you to remove the features that are unnecessary or bad for your design under some circumstances. There’s a robotic simulator that is useful for those planning to manufacture their design.

Fusion 360 is cloud-based software, so the collaborative features stand out. Sharing your works is easy in the cloud, and various file formats are supported: dwg, dxf, fbx, f3d, cam360 and a multitude of others.

Here’s an official tutorial that will introduce you to Fusion 360 and its abilities: 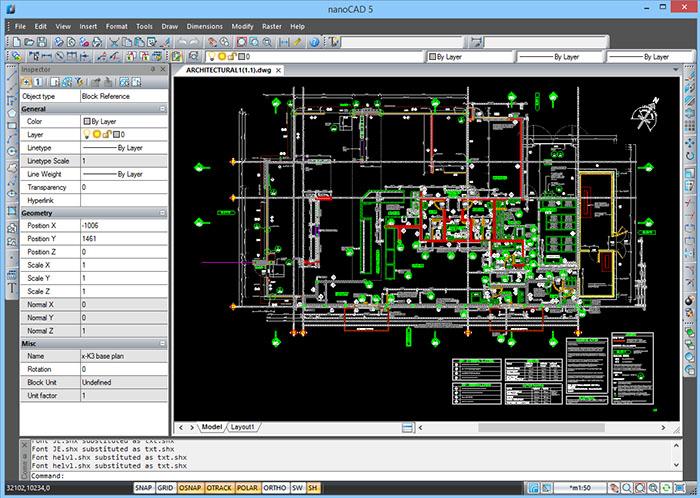 nanoCAD is a free to use 3D CAD software available for Windows. The interface is clean and standardized, the developers pride it to be familiar to anyone with CAD software experience. nanoCAD supports full-fledged parametric modeling and has a native DWG support. 2D tools are impressive as well. There are also a powerful table editor, extended plotting and the ability to quickly edit 3D blocks or 2D drafts. The API, based on C++ and C# is open. The functionality can be extended by plugins. And everything is free to use and share.

For those want to use a more powerful commercial version, there’s nanoCAD Plus available for $180. 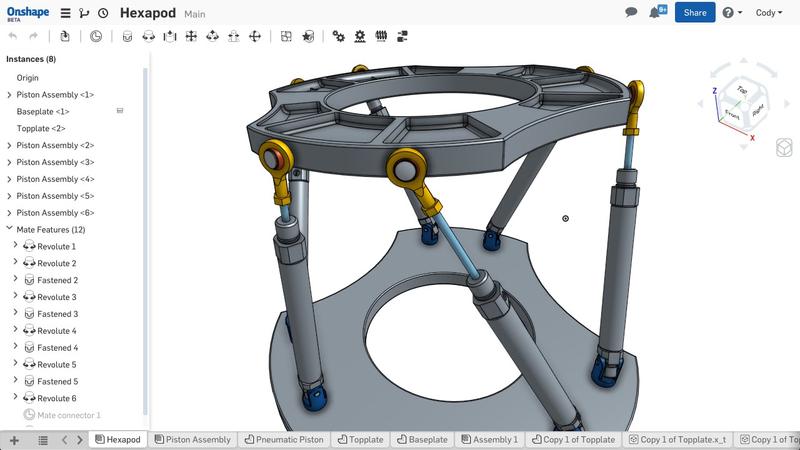 Onshape is a web-based engineering-grade CAD software. It focuses on making collaborative work easier, and thankfully, being cloud-based allows the developers to reach their aim. You can work on several projects simultaneously, you can share the CAD workspace (yes, directly operating with the same model) with several people and the data is accessible from any modern gadget with Internet access, including Android and iOS smartphones and tablets. The entire engineering workflow is put together in this program.

As for features, you have full parametric modeling, full kinematic and dynamic analysis and simulate assemblies of comlpex designs. 2D tools are available as well.

OnShape is not technically free, but you can use it for educational purposes and non-commercial open-source projects free of charge. You can work up to ten projects simultaneously, but with the free account, your files and designs can't be private. 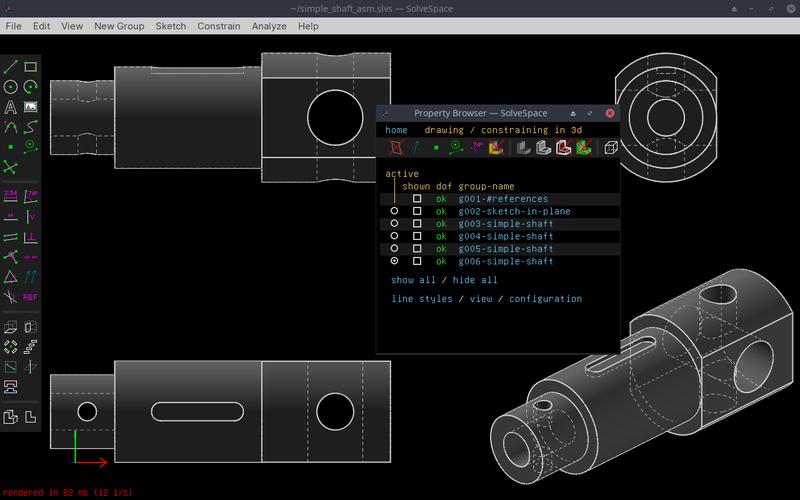 SolveSpace is a free and open-source cross-platform 2D and 3D CAD software. The interface is intuitive and the software is easy to use compared to many other CAD programs with similar abilities. 2D sketching is supported and your works can be exported as vector images in various formats. 2D geometry is also supported. SolveSpace offers full parametric modeling, so modifying your 3D design with a few clicks is easy as it gets. There’s a powerful constraint solver that can simulate planar or spatial linkages for different types of joints. Other simulations and analytic abilities are useful as well. You can analyze measurements on a part of your assembly in different ways, analyze path traced by a mechanism, and 3D printing enthusiasts might be interested in the ability to run an STL check for the mesh. Although the lack of stress-testing abilities will disappoint some.

The program is also known for being very stable (and there’s an autosave feature for rare instances when it crashes) and not requiring a lot of space – the whole package is few megabytes which is not something common in 2019.

Here’s a useful tutorial covering the basics of SolveSpace: