There are various 3D printing technologies: Digital Light Processing (DLP), stereolithography (SLA), Selective Laser Sintering (SLS), Selective Heat Sintering (SHS) and the others. In this article we are going to explain the FFF technology and talk about its advantages and disadvantages as well as 3D-printers that use it.

FFF printers (Fused Filament Fabrication) are also known as FDM printers (Fused Deposition Modelling). These devices are able to create prints by depositing molten plastic on the print bed layer-by-layer. FFF printers are used both for commercial purposes and at home.

Each 3D printer uses its own kinematics that controls the movement of the mechanical parts: print beds and extruders. In this article we will review four types of FDM-printers: Cartesian, Delta, Polar and 3D printers with robotic arms.

Cartesian printers are the most common FFF/FDM printers on the market. The technology uses three axes – X, Y, Z (Cartesian coordinate system) to determine the movements of mechanical parts: the print head and the bed move according to the coordinates.

There is a limited number of possible ways for platforms and print heads to move:

The second one is the most common — the platform moves vertically and the extruder moves in the XY plane.

Cartesian printers produce some of the most stable results among FDM devices. Consumables for FDM are cheap and available in different colors and materials. Cartesian 3D printers are often used commercially for printing souvenirs, decorations and other custom made things.

Cartesian 3D printers are popular and well established among enthusiasts and professionals. There are many online communities with lots of information about their design, how they operate and how to build them.

Models printed using Cartesian coordinate system can be taken apart and used to build bigger ones, and it allows to make objects of any given size not limited by printer’s build volume. Many 3D printers are available as kits. For newcomers and those who don’t want to learn about building printers, pre-assembled devices are available. They allow to start printing almost right out of box.

This kinematics is often used for commercial purposes. They have a non-standard extruder movement – it moves vertically. 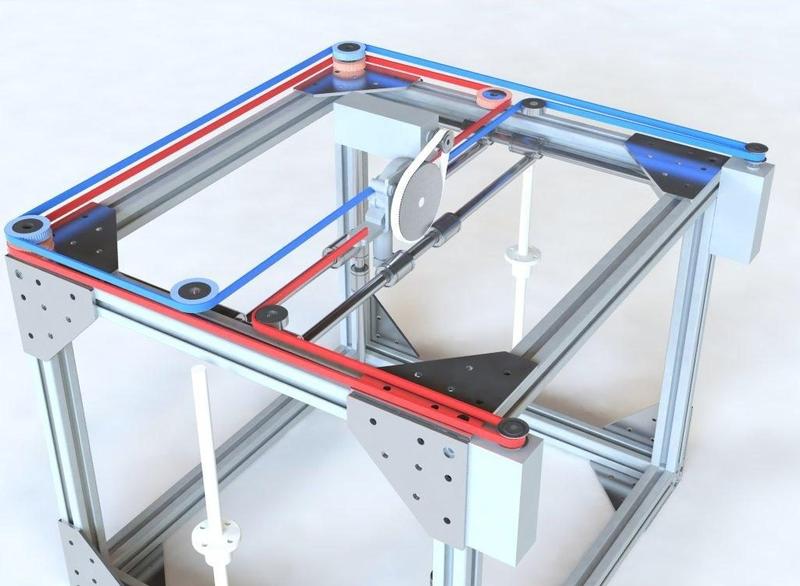 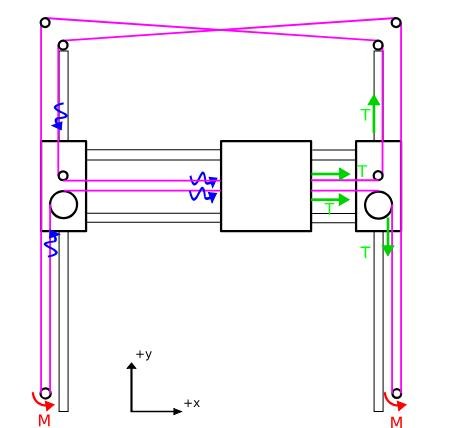 The H-Bot kinematics is similar but uses a different belt drive system. There’s only one belt mounted to a frame that has an H-shape, hence the name of the kinematics. 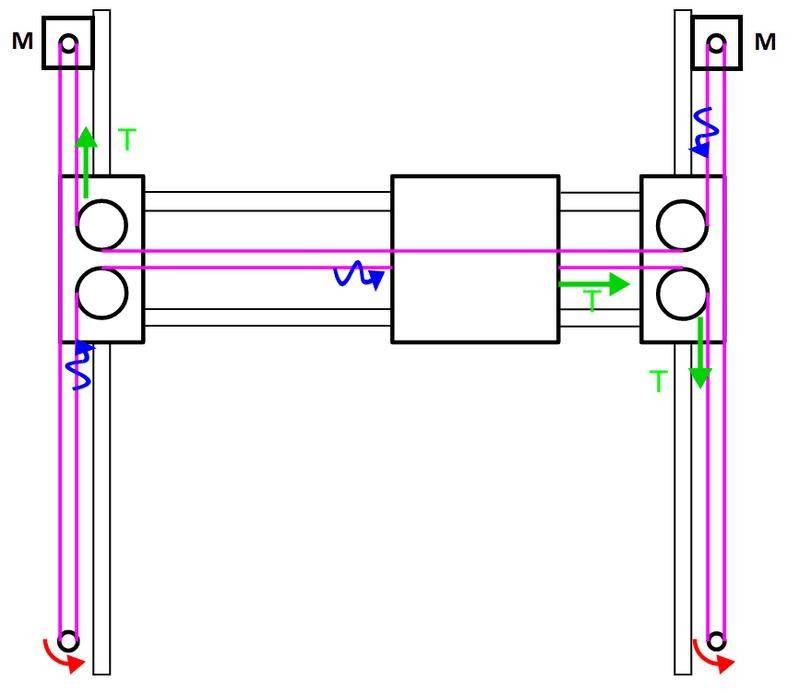 Among 3D printers with this design, there’s Designer X PRO. The printer has a  very high speed, since the JetSwitch technology allows for a faster two-material printing (up to 5 seconds faster in normal mode and 250ms in a draft mode). Redesigned print head with 1µm accuracy and new generation platform allow to print high quality models comparable to manufactured goods. It has a two-material printing function. Software fully controls the printing process, which reduces errors and maximizes efficiency. 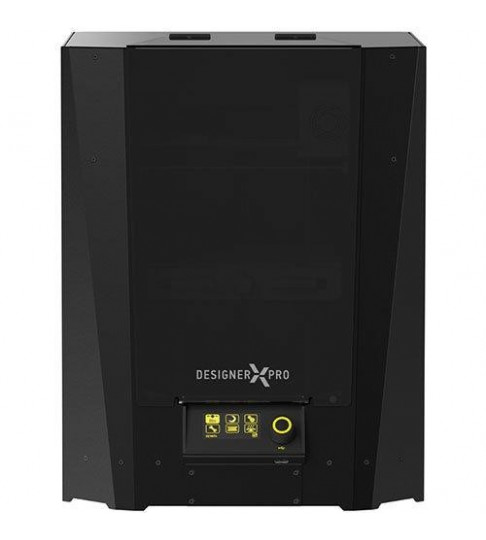 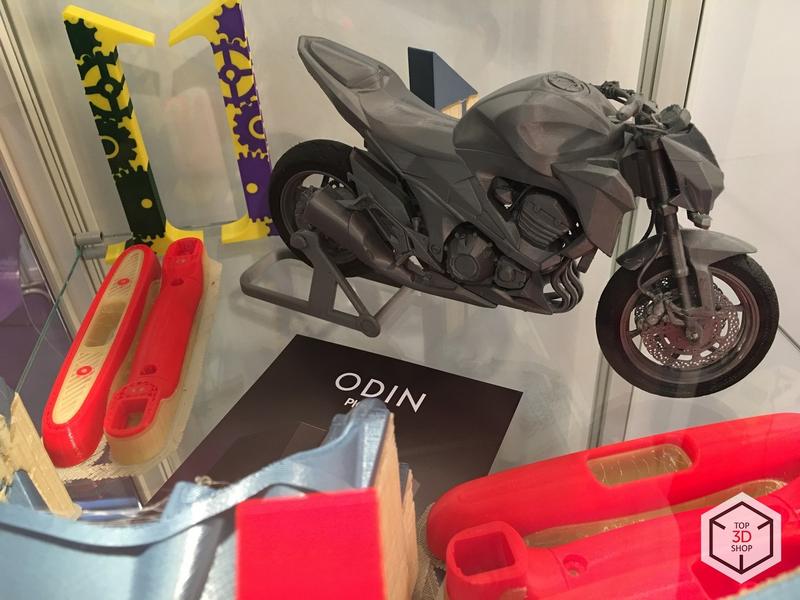 Delta printers are different from Cartesian ones both externally and in work process. The main difference lies in the way the extruder moves in relation to the print bed. 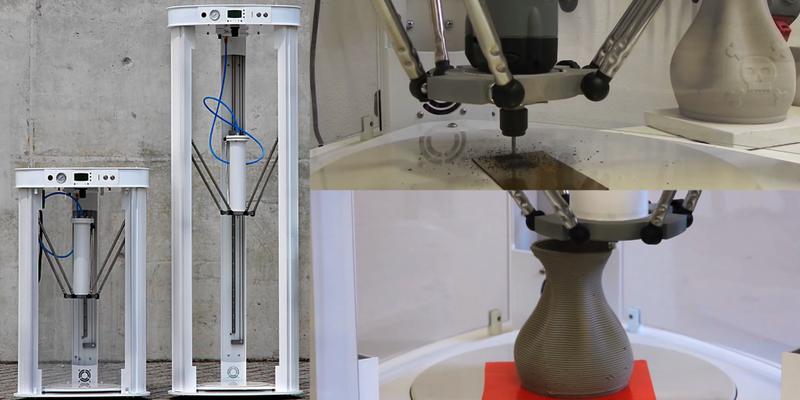 DELTA design has an extruder that is mounted to three points connected to a print bed that doesn’t move.

Advantages and disadvantages of Delta printers

Compared to Cartesian printers, Delta kinematics allows for a higher speed but provides less accuracy. The reason is the fact that extruder movement requires all three motors working simultaneously, which leads to errors in coordinate positioning.

Examples include the Tevo Little monster 3D printer. Its main use is commercial: design, advertising and educational purposes, but it can also be used at home. It is small and fast. Supported materials: PLA, ABS, Flexible PLA, HIPS, WOOD, PVA, Nylon. 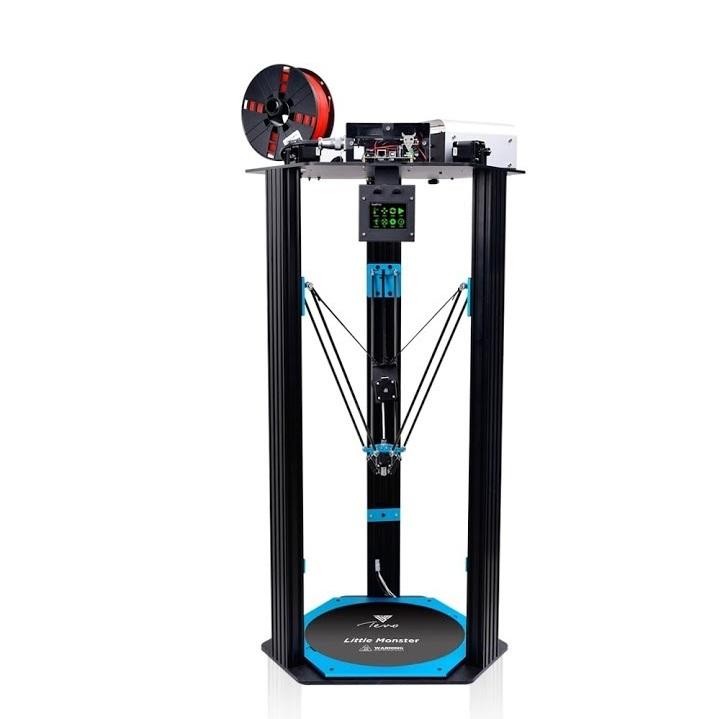 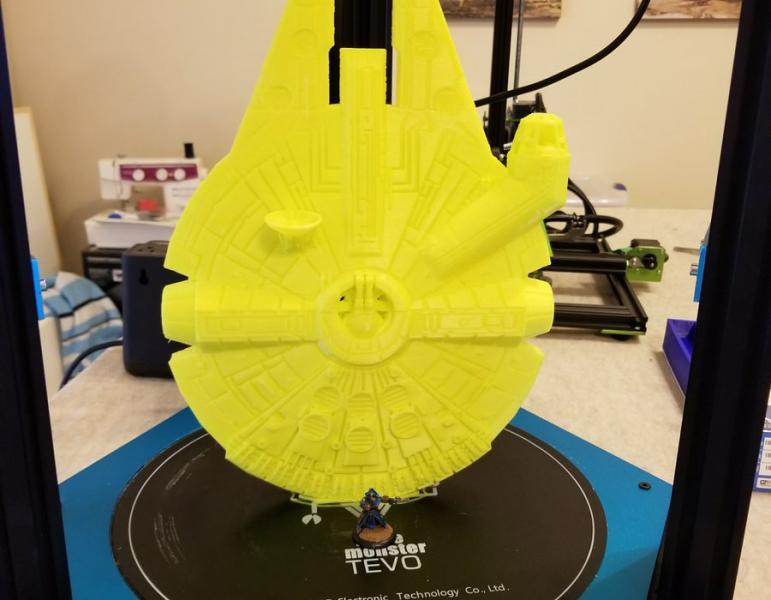 This new and interesting polar design is represented on the market by a company named Polar. It uses polar coordinates — it means the positioning is determined by radius and angle instead of commonly used XYZ-axes. 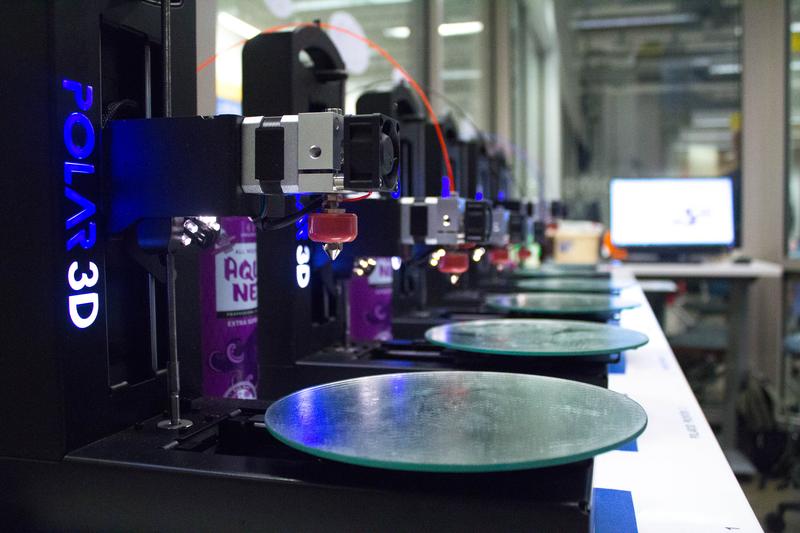 The platform is circular, it rotates and moves horizontally in one dimension, while the extruder moves up and down. Imagine vinyl record player – print head is like a needle and the platform is like a record. The difference is that the latter not only rotates but also moves, while the former is limited in its movement.

Advantages and disadvantages of the Polar design

3D printers with polar design allow to create large objects, using less space and being energy-efficient. These machines lack accuracy but the manufacturer could probably solve this problem in a foreseeable future. 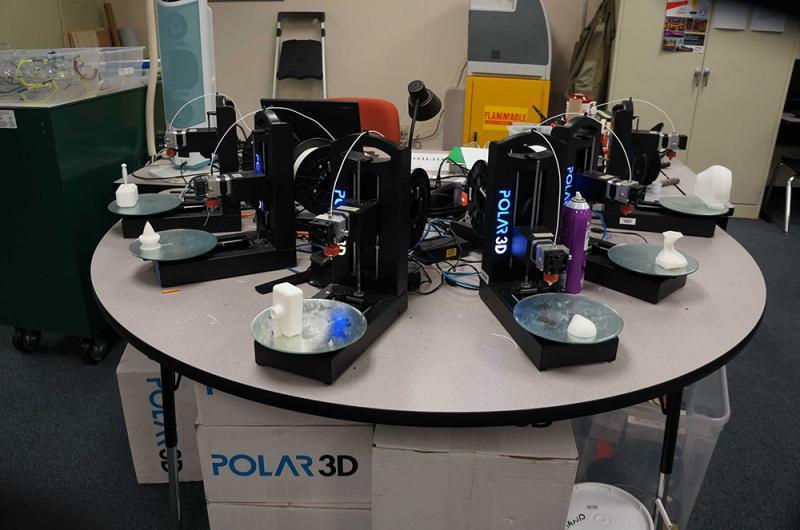 Polar 3D is one of these printers. It doesn’t have a heated bed, which makes using Acrylonitrile Butadiene Styrene (ABS) more difficult. The printer is small, efficient but has low accuracy compared to delta and cartesian 3D printers. The manufacturer recommends using the device for educational purposes. 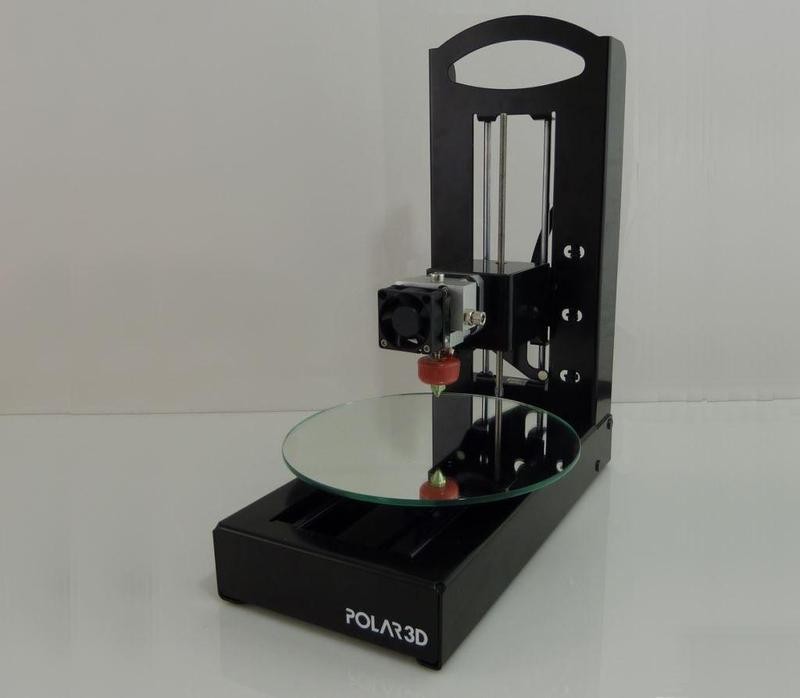 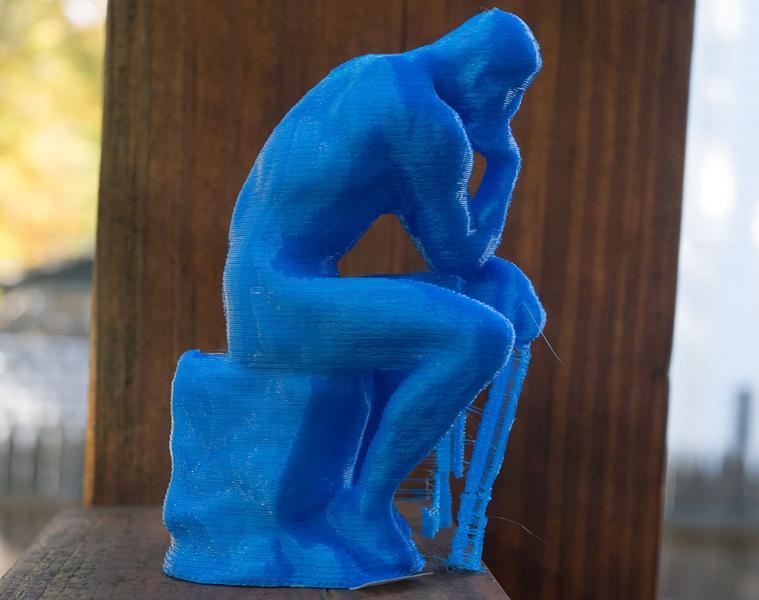 They use a programmable mechanical manipulator with an extruder instead of a gripper. Besides their functions as manipulators and 3D printers, large scale industrial robotic arms (the small scale ones also exist) can undertake welding, painting, milling and lots of other functions.. 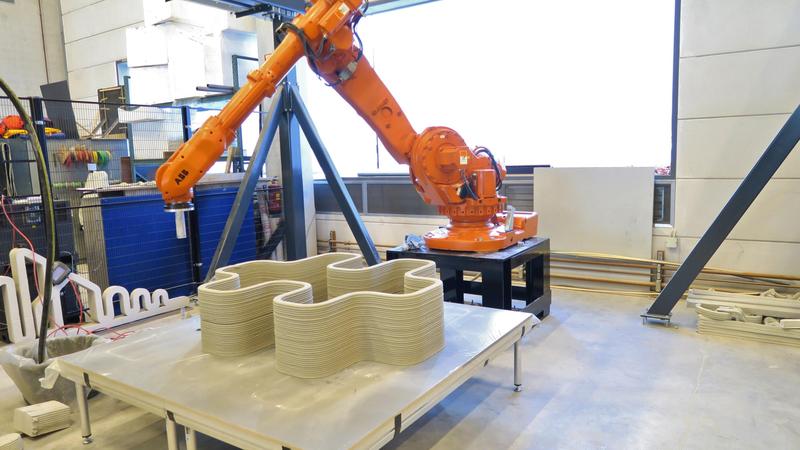 While 3D printing with robotic arms is mainly used in industrial setting, there are models for home use with a broad set of functions.

Dobot Magician Educational robotic arm can do many things. It can draw, write, grip and move objects, laser engrave, etc. 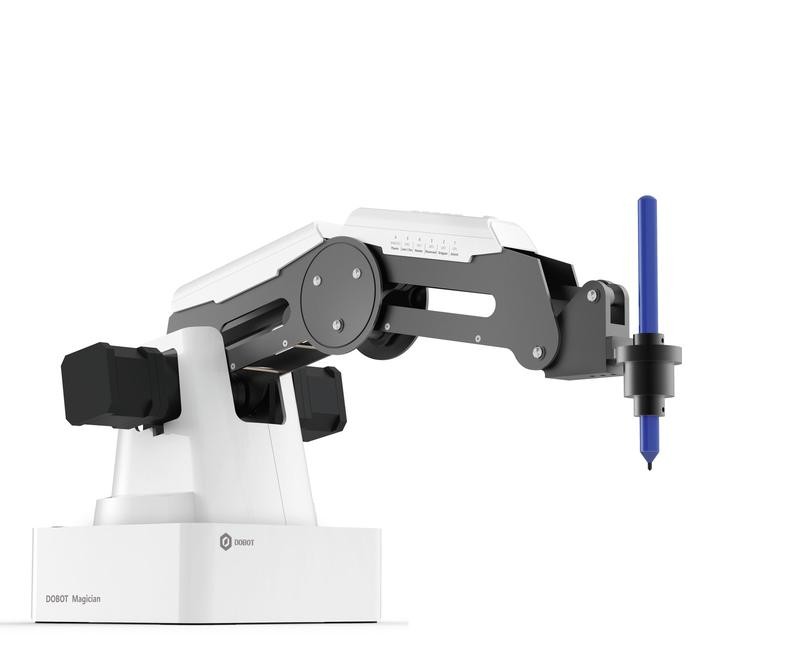 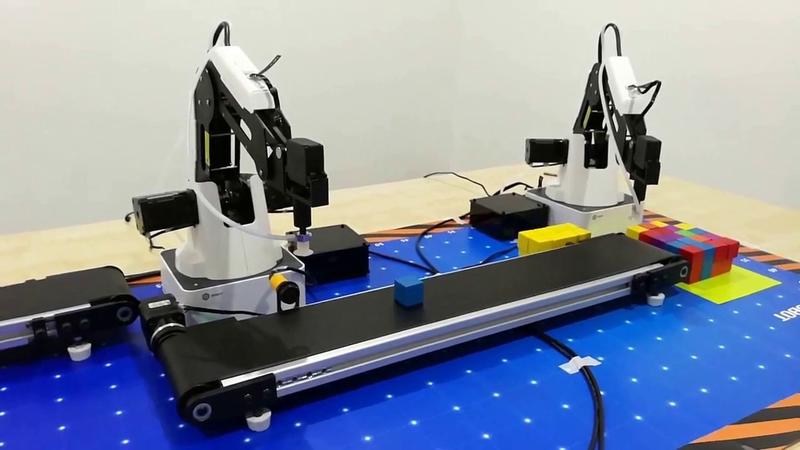 SCARA (Selective Compliance Articulated Robot Arm) is a kinematics design based on a block moving horizontally due to a link lever mechanism.

Devices that use this kinematics are more compact, have very high accuracy and better repeatability than traditional robotic manipulators can provide, lower noise and vibration levels. SCARA robots are not only more accurate but also faster than cartesian robots of similar size and mass.

But these devices are expensive, have limited stiffness along the XY axes, smaller build area and limited movement.

Examples include Dobot M1. It’s a small desktop robot that can be used both as a 3D printer and a manipulator. It’s controlled with software or mobile applications. It has various attachable heads for printing, engraving, soldering and assembling. 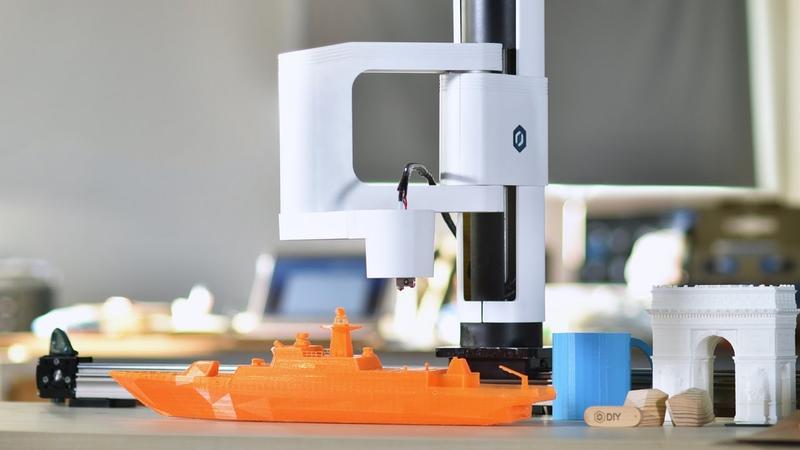 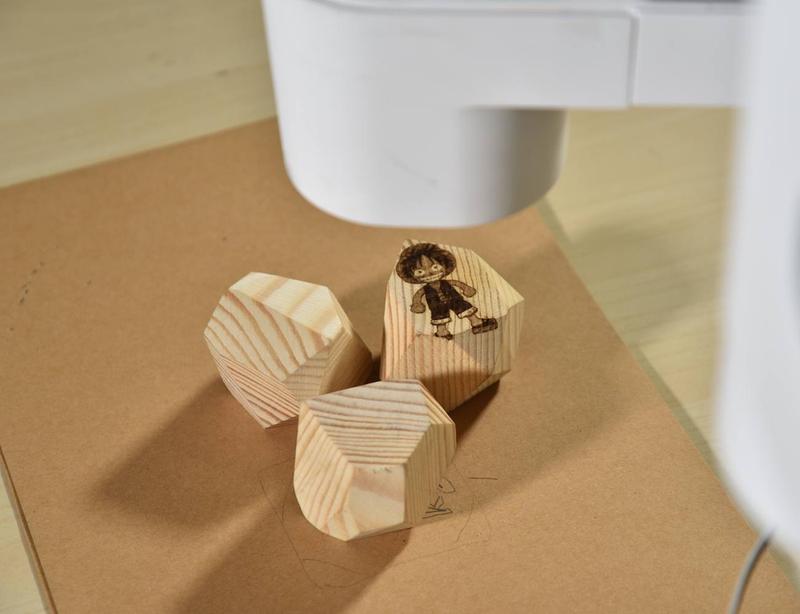 The advantages of 3D printers with robotic manipulators are obvious – working area is not limited to the size of a build chamber, since such machines don’t have one. These machines are smaller but have the same printing area. 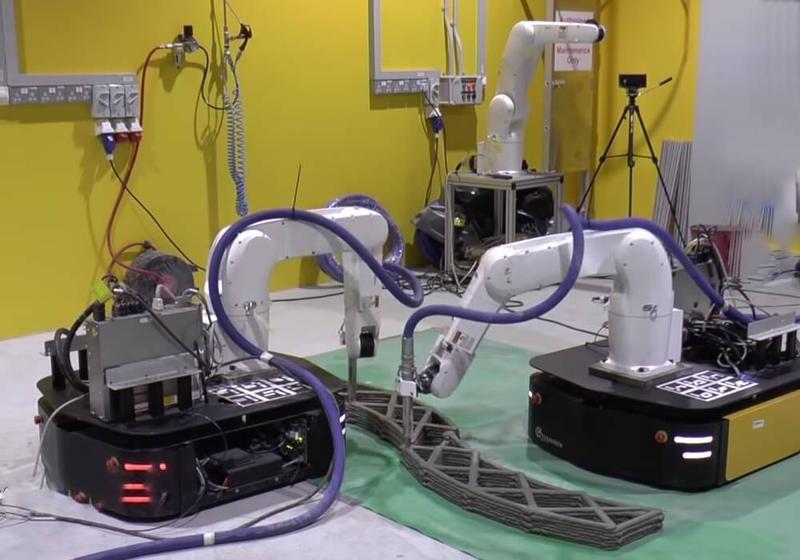 The extruder is not limited to its moves as in FDM printers, it can move in complex trajectories in three axes with different angles, which simplifies making complex models. Another advantage is that robotic arms can be also used for other purposes, once the extruder is replaced by other modules.

Printing accuracy is not comparable to Cartesian 3D printers but thanks to their versatility and large size, such robots can be used for 3D printing in industrial setting where they become almost irreplaceable.

Small desktop robotic arms are good as a visual aid or as a tool for your hobby.

Before buying a 3D printer, ask yourself why you need one. Would it be for a commercial use, your job or hobby? FFF / FDM 3D printers are versatile because they can be used for different purposes. Whether you want to learn about 3D printing and get a new hobby, turn your creative ideas into reality or start a business – it doesn’t matter. There’s a suitable 3D printer for every purpose but you need to take your time choosing what you really need.

If you need help purchasing a 3D printer, head straight to https://top3dshop.com. We’ll help you choose the best machine to suit your needs. 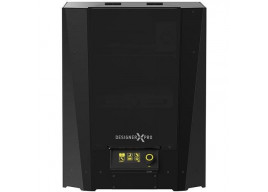