We’re back with another article about what our customers are doing with equipment they purchased from us. This time we dive into the breathtaking world of STIGMA SHOW to see how they use the Raise3D N2 Dual 3D printer in creating their other-worldly costumes. 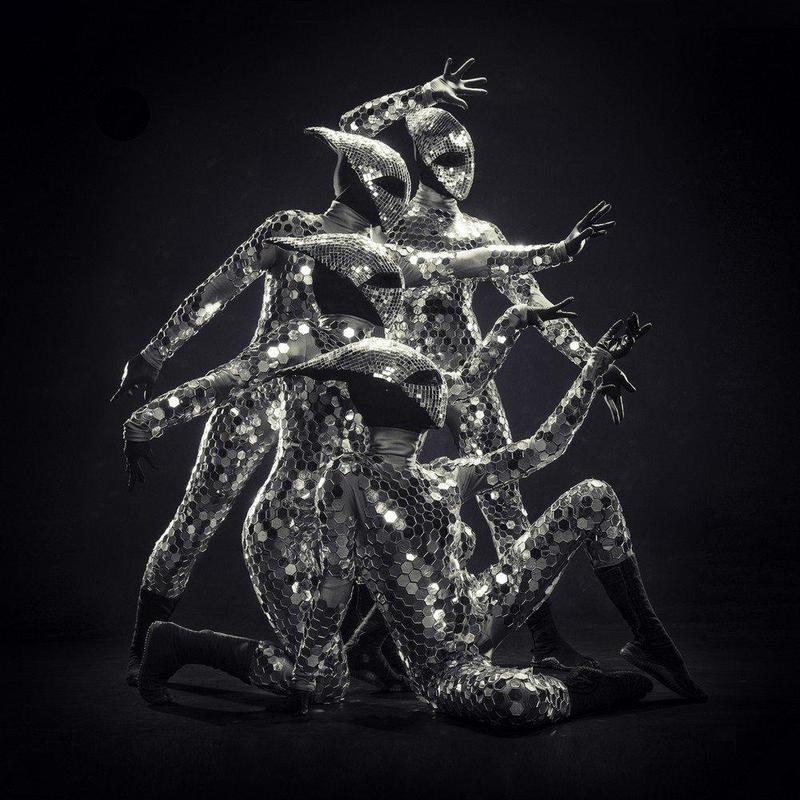 What this is all about

Stigma Show is a mesmerizing spectacle of bright geometrical patterns, psychedelic visuals and powerful vibes. They’ve been performing all over the world for ten years, bringing light into people’s lives both literally and figuratively.

Their Light, Fire and Mirror shows were recently joined by Ekran, the latest addition to their performance lineup.

In this article we uncover the 3D-printed secrets behind Stigma Show’s dazzling stage repertoire. 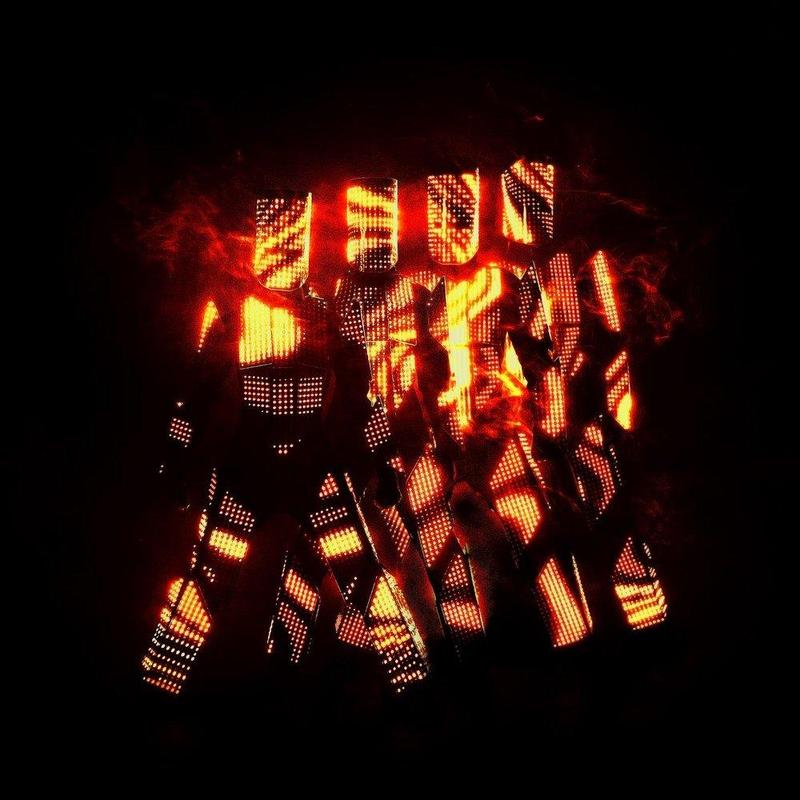 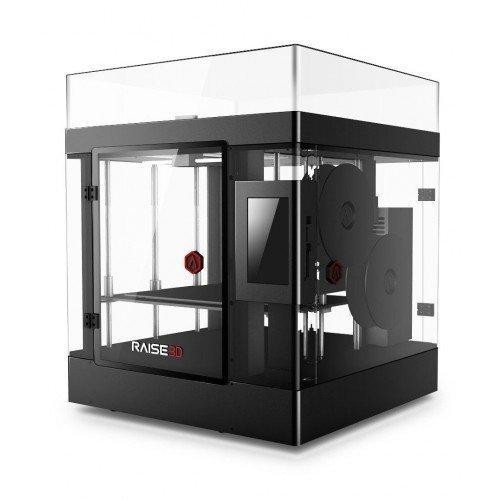 The robust Raise3D N2 Dual offers high quality and precision printing in two materials at once coupled with a large build volume.

As if that wasn’t enough, this sleek, industrial-looking device is also a delight to work with. 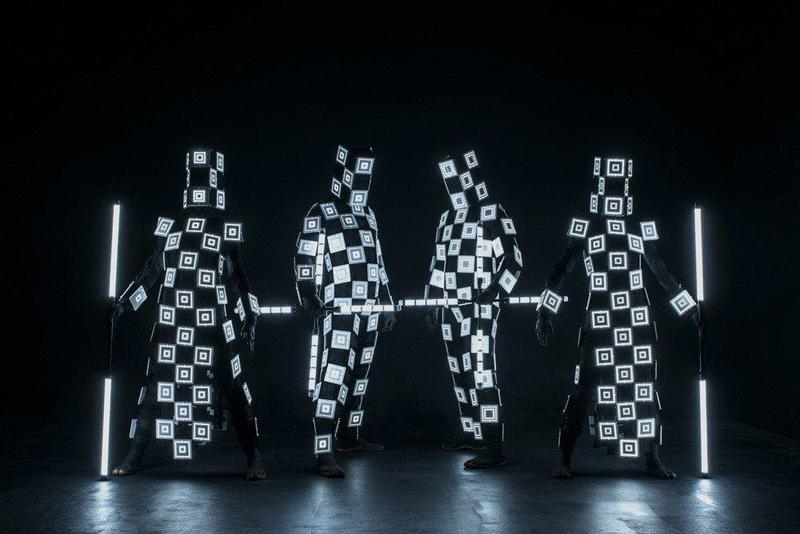 Stigma Show use their 3D printer to print masks and other parts of their stage costumes. 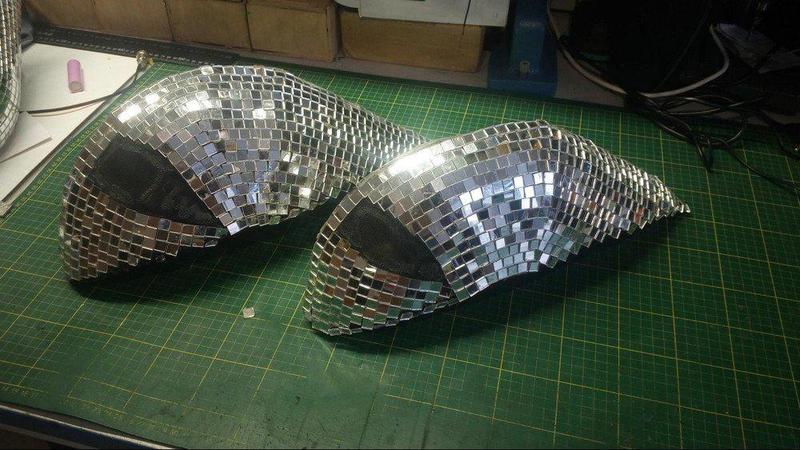 Each of their costumes is an intricate combination of 3D printed parts, textiles, electronics and reflective elements.

How they chose their printer

Alexander Moon, Stigma Show’s team leader and engineer, tells the story of how the Raise3D N2 Dual took pride of place in their arsenal:

“When I set out to choose a printer, I immediately started looking at the ones with the biggest build volumes since the plan was to print masks and props. But after some research I discovered that not all printers produce perfect results, especially when printing large objects.“ 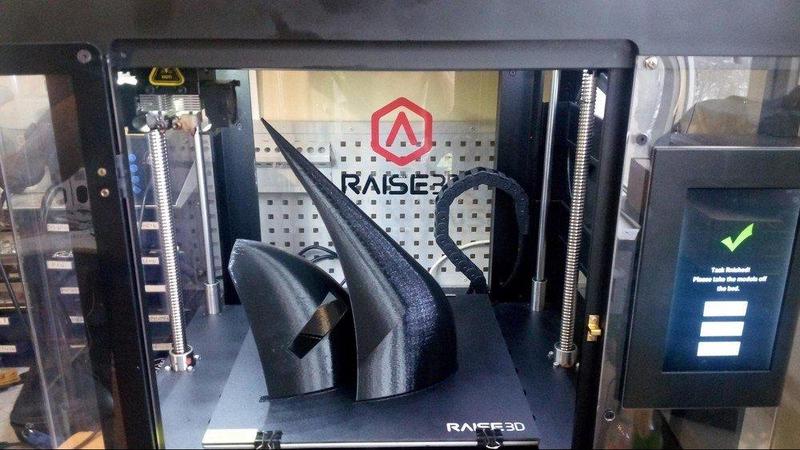 I wrote to customer support at Top 3D Shop and asked them to recommend a printer that would let me print good quality parts without endless fiddling and tweaking.

The guy I spoke to gently talked me out of my 75,000 ruble budget and persuaded me to splash out 235,000 on the Raise3D, for which I am endlessly grateful to him. The more I get to know this printer, the harder it is to imagine what I would do without it 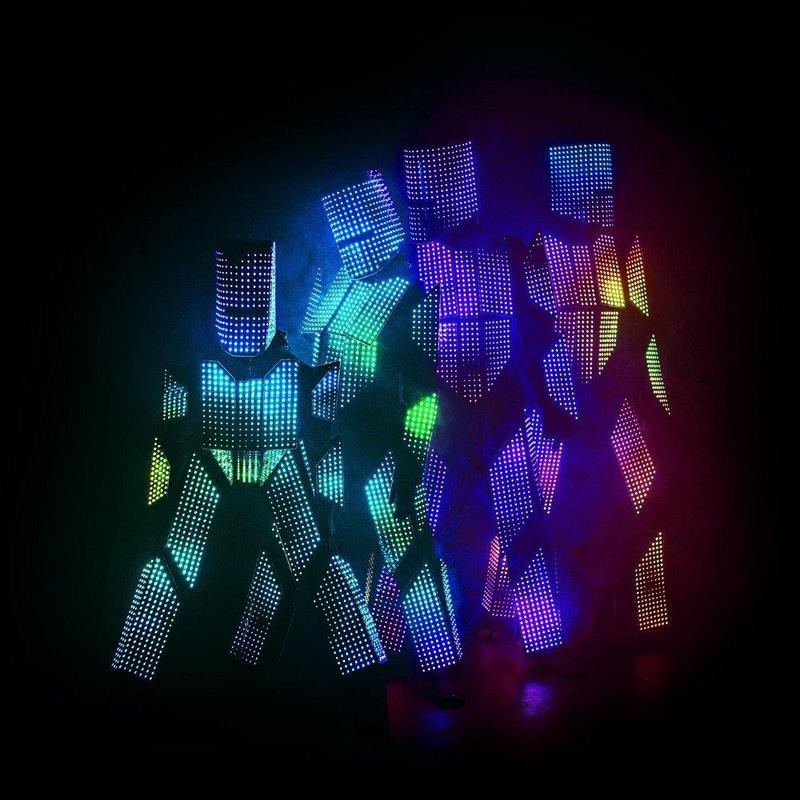 How they used to do it without 3D printing

Props and stage decorations for theatre, film and show business were always made by hand, at first by in-house prop artists and later by specialized workshops. One factor that never changed was the considerable time and cost involved.

Stigma Show is an indie project, and decorations were always either of Alexander’s own making or outsourced to be made according to his designs. 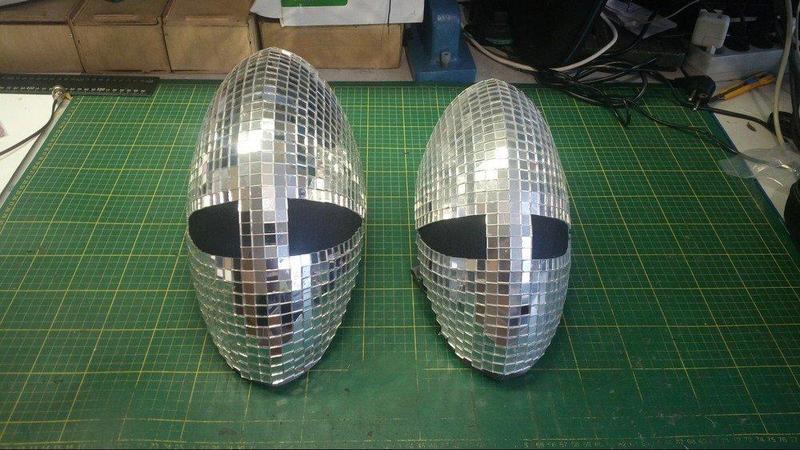 “I used to make 3D objects simply by combining a lot of 2D components, or by carving up larger objects to get what I needed.
Now things are much simpler. The objects I print are large and sometimes they cost as much to make in terms of filament as it would to outsource them, but given the time that I save on delivery and processing, printing wins hands-down.” 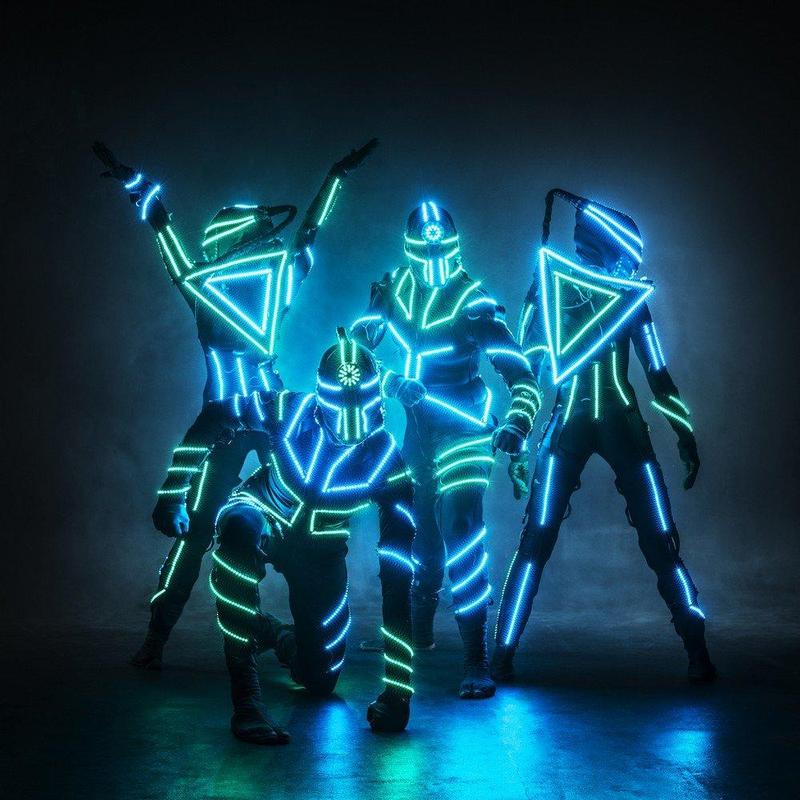 All printers are different, and every user finds something of their own to like about each of them. Here’s what Alexander likes about his. 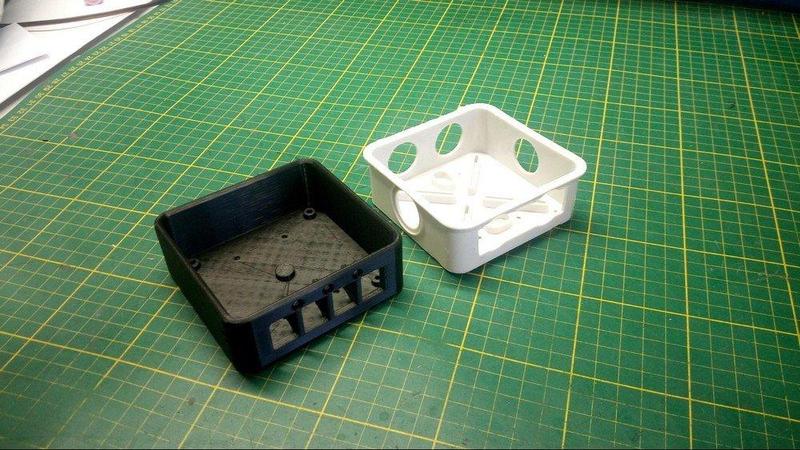 “What I really like about Raise is that it’s designed with the end user in mind. You just buy it, set it up and start printing.
Ease of use is one big plus, good quality printing is another, and the third thing is that it’s quiet.
The onboard computer prevents interruptions (like power outages) from causing lost prints, and of course it just looks fantastic. That’s what I love about it. 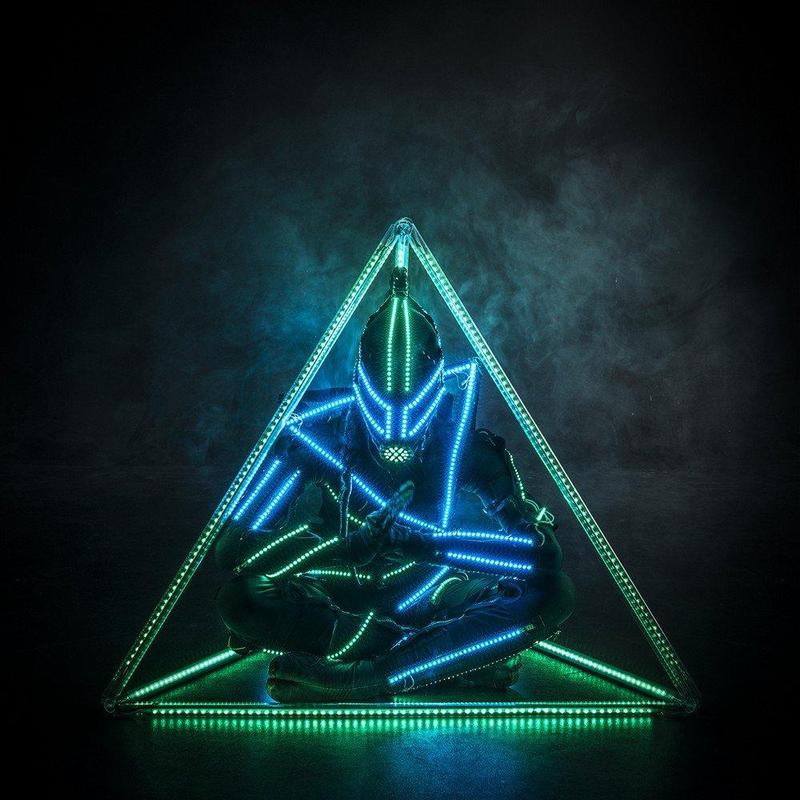 ...and an unexpected bonus

“To begin with I thought it only had one job - to print stuff - but after a couple of months I realized that it had pushed me to learn 3D modeling and had even become a source of motivation. 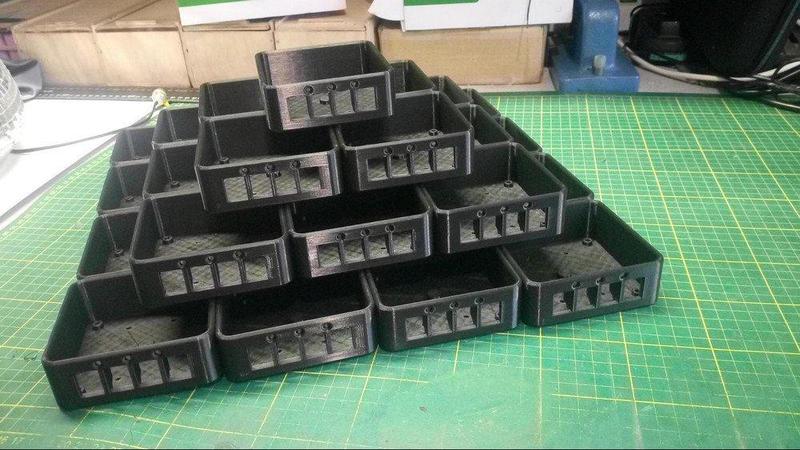 You see, when your printer is working round the clock for two months straight, you kind of feel like you can’t just laze around and slack off at home. It’s like it’s looking at you the whole time, saying, ‘Hey, buddy, I work day and night and I don’t even get to sleep, so what are you complaining about?’
That’s another big plus.” 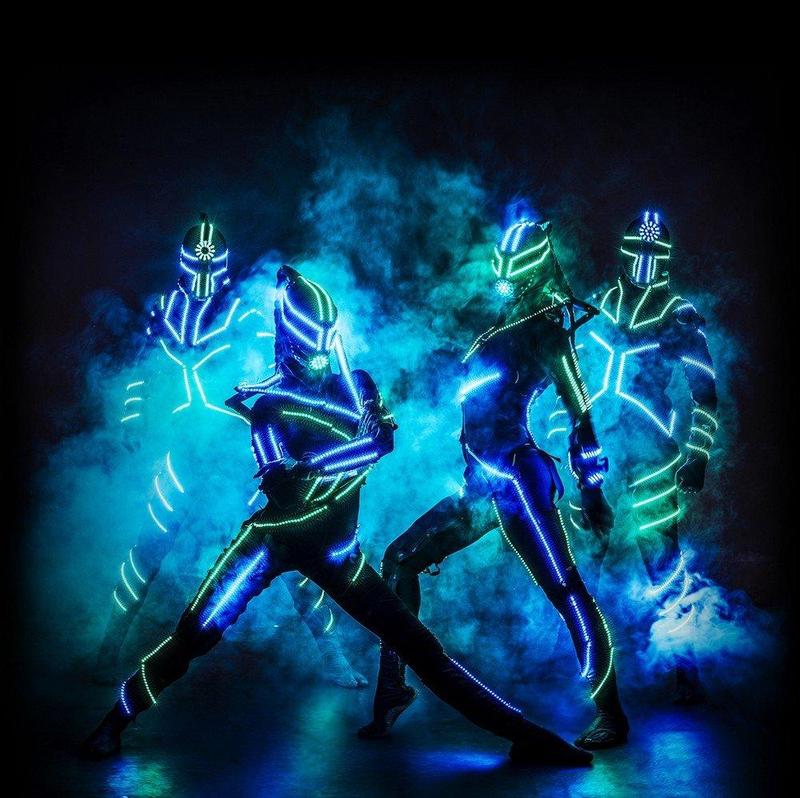 Nothing can ever be perfect, and even the most advanced technology has to have some shortcomings.

What would Alexander change in his Raise 3D printer?

“I’d probably add a filament feed sensor. One time the feed wheel chewed through the filament and the printer spent 10 hours printing thin air. The result turned out somewhat insubstantial :)
The self-adhesive BuildTak platform surface the printer came with didn’t last long. But after rubbing it down with an alcohol wipe and setting it to 60 degrees for printing PLA, everything sticks just fine.” 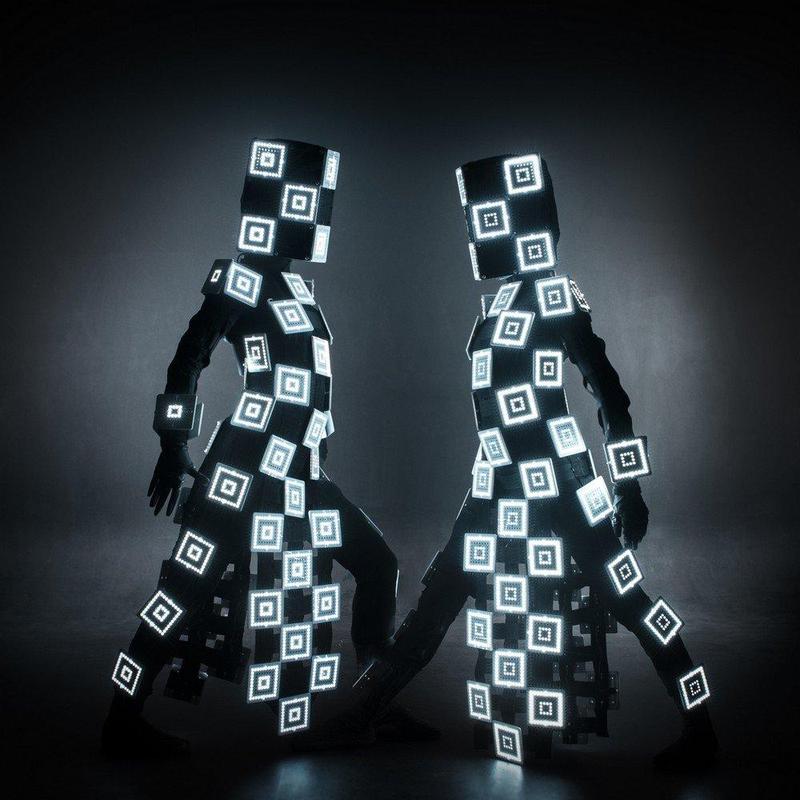 3D printing has found its place not only in visual arts, as we saw in previous examples with museums and artists, but also in the performing arts and show business.

Additive technologies allow not only unique costumes but also a host of other custom items to be made easier, cheaper and faster. New technology is finding its way into almost every aspect of creative arts, which is heartwarming indeed. 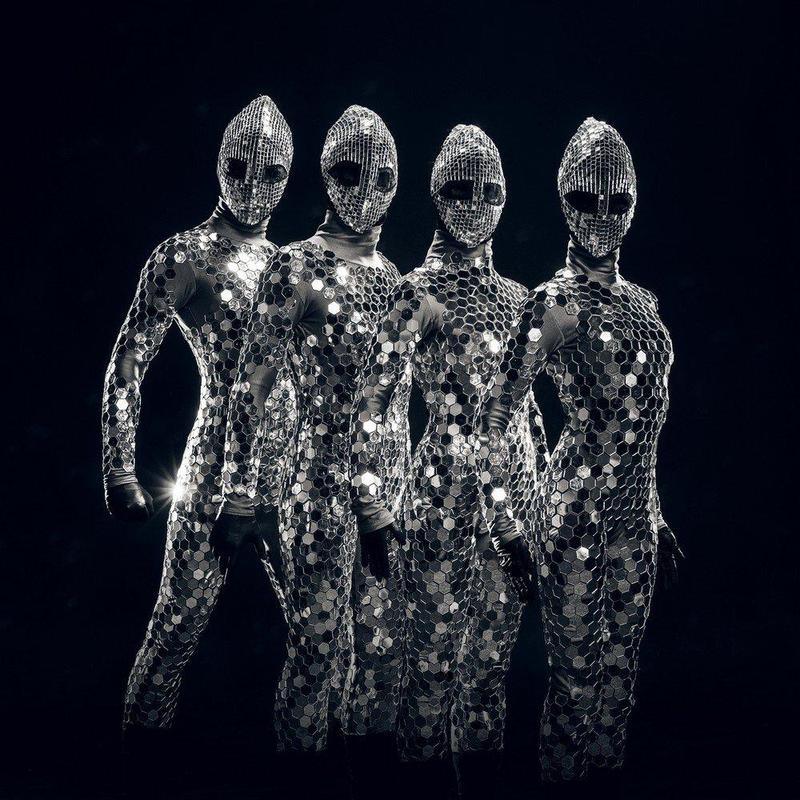 Our team at Top 3D Shop will be delighted to help you choose the best equipment for any kind of creative workshop. Alternatively, we can do your 3D scanning, digital modeling and 3D printing for you.