Cinema 4D is a professional quality tool that allows you to model and create perfect renderings and animations in a very short time. The Full Version already contains everything that is needed to create extraordinary 3D images and animations. It has all the main advantages: intuitive interface, stability, integrated help, procedural workflow.

The program finds an application in the television and advertising sectors, graphic design, special effects, computer-animated feature movies, architecture, and others thanks to its specific functions for motion graphics. Many recommend Cinema 4D even to those who are not yet professional, but want to become one; its ease of use is enviable compared to other similar programs.

What can you do in Cinema 4d? 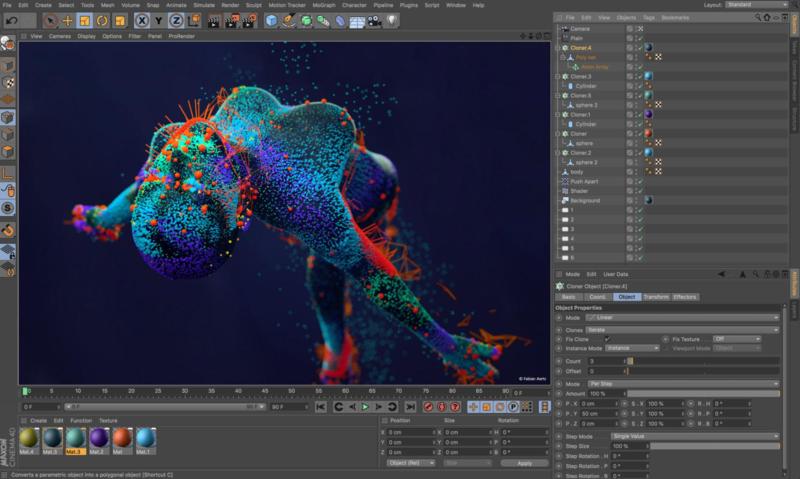 Cinema 4D is Maxon's well-known software package that allows you to create professional-grade 3D graphics and animation. Its advanced tools can be used intuitively, thanks to an extremely user-friendly interface. This gives the user the considerable advantage of being able to produce renderings with a strong visual impact right away.

3D rendering is common in most industries, from architectural design and marketing for companies, to cinema. A rendering is not only tasked with representing something in 3 dimensions, but also with exposing an idea, an object transmitting to the customer the same sensations that would prove that the object in question actually exists. The software has a close correlation with the most well known applications for architecture, such as Vectorworks, Archicad and Allplan. These partner-applications directly export architectural projects as native Cinema 4D files, making it extremely easy to transform the initial concept into clearly viewable images.

Cinema 4D 3D modeling is based on volumetric primitive forms provided directly by the software. These parametric objects can be converted into polygons and serve as a basis for producing more complex and intricate objects.

Thanks to the snapping function and dynamic guides, the models can be continuously modified, improved and enriched, according to your specific needs. You can interactively align a worktop to each surface or model, as well as construct and dock objects to the grid. The basis for creating materials is the texture or shader.

For textures, Cinema 4D supports most image formats including PSD files. A wide range of 2D and 3D volumetric shaders makes it easier to create procedural aspects (materials managed parametrically in a three-dimensional way) for any surface and makes it easy to simulate glass, wood, metal or any other real surface. Cinema 4D's powerful and flexible system adds to photorealistic features of architectural views. For example, you can define realistic natural lighting, based on time and place, and then show its progression from start to finish during the day or in the various seasons of the year. It is also possible to benefit from the IES lights and Global Lighting to obtain the final renderings that are very accurate and eye-catching.

Thanks to a large set of intuitive tools, the software offers various ways to handle animations. R21 introduces powerful new options for using fields for simulations, improving the workflow fields, and character animation processing. For example, a new Force Field in the MoGraph toolset, Mixamo Control Rig designed for adding character animations, as well as numerous additional material nodes. You can adjust the cyclic movements with the parametric tool; add the muscular system to create smooth movements.

One of the advantages of this software is MoGraph, a powerful set of tools that can make motion graphics extremely easy. Its features allow, for example, to clone objects, add effects and create movement more easily and quickly. It enjoys an unquestionable success among the creators of moving graphics, because it has revolutionary Cineware tool within the program, which allows integrating 3D scenes of Cinema 4D directly into After Effects.

With the Sound Effector tool, it is easy to create energetic music visualizations and make graphics move to the beat. Drag the sliders to isolate specific frequencies and volumes and iterate, distribute or mix the values of each probe to control its clones. The built-in decay softens the animation without the need for the delay effect. Link several effects to a single soundtrack for easy control and faster playback, and render the animation with sound using the native MP4 support.

The creation of photorealistic effects is surprisingly easy with Cinema 4D doing most of the work. The program provides tools for modeling aerodynamic forces, tools that generate feather objects, hair shadows and other complex objects. 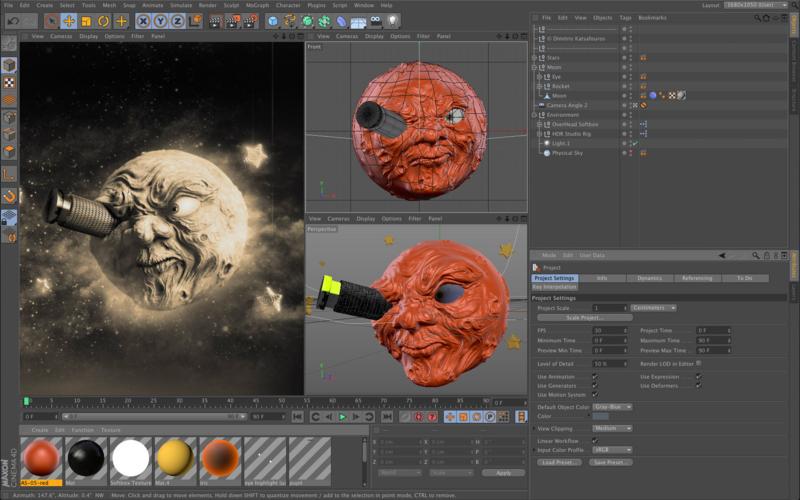 Maxon provides a 42-day Cinema 4D free trial version. This is more than enough to master the basic functions of the program, and it is even possible to start making a living with Cinema 4D.

The trial version has all the tools provided by the commercial version, although it has some limitations:

The purpose of the trial version is to familiarize the user with the program.

Filling in your details on the site, you can choose your OS. Download, start the trial version and activate it in order to save and export projects.  With the release of R21, instead of packages such as Prime, Broadcast, Visualize, Studio, BodyPaint 3D, there is only one package called Cinema 4D. It contains all the functions of the program.

The Free Cinema 4D Educational License includes the main product of Maxon, Cinema 4D. Compared to the commercial version, the Educational License has some limitations. It can be used by persons who have documents confirming the fact of training in an educational institution whose validity expires in at least 3 months.

To be able to use the software, you need to create an account with Maxon. The term of use of the current version is 18 months. To gain access to the next version of Cinema 4D, a student must fill out a re-application, if it still meets the criteria of a participant in the educational program. Use of any part of the work in the Educational License for commercial purposes, as it is stated in the EULA terms, is strictly prohibited. 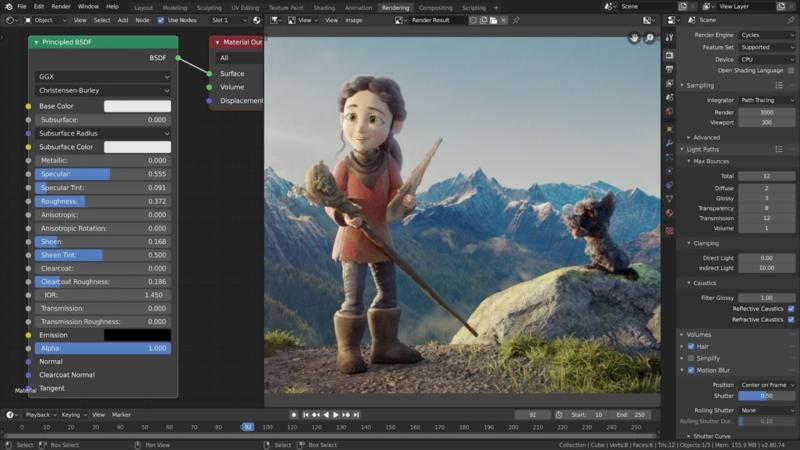 Blender can be used in any area that requires three-dimensional modeling, rendered imaging and animation, such as architecture, industrial design, engineering, animation, and video production applications. Blender also has a tool called Sculpt, which makes it possible to work with models as if you were sculpting them, similar to the ZBrush modeler.

Blender can be downloaded from the project's official page, and there are still several pages about the program, with tutorials, usage techniques, tips and tricks. Blender has its own built-in renderer. However, some renders are compatible with Blender. Among them are YafaRay, LuxRender and Aqsis, as well as Indigo and Kerkythea are the most popular.

The Blender Foundation warrants that Blender/Blender Game Engine may be used commercially.

3D graphic design with Blender is not a simple undertaking: even those who used to deal with traditional graphic designers, like in GIMP or in Photoshop, could encounter numerous difficulties. Even for creating simple shapes like a cube or a sphere, for example, or to define a texture or make a photographic rendering, it would require extensive knowledge and experience. 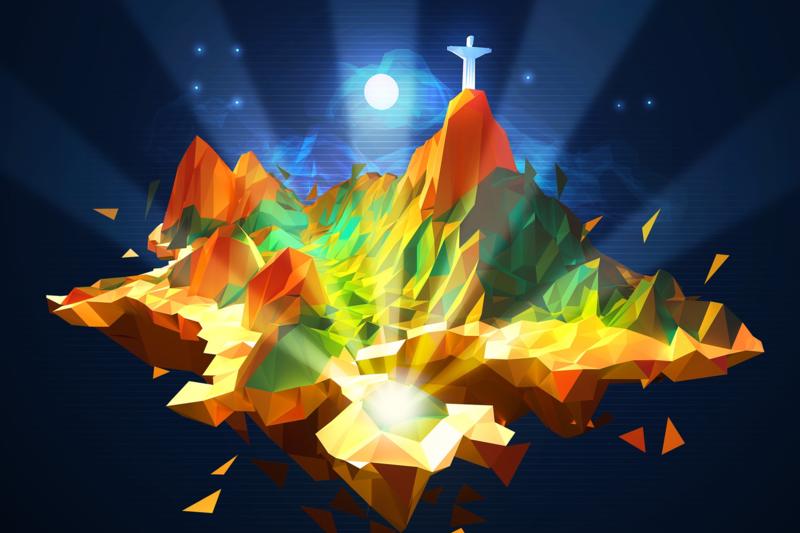 Clara.io is a 3D animation program that works in the browser. It includes all the basic tools for 3D modeling, such as extrusion, beveling, slicing, cutting and looping. Clara.io also has tools to manage subdivision surfaces. Since this free program works in the cloud, it is the perfect tool for collaboration in complex 3D animation projects.

Its collaborative mode allows assigning a specific role to each user, defining the rights of access and modification of the project accordingly. With basic keyframe animation, it can be seen as the right option to create animated movies. Different states can be defined for each keyframe and intermediate frames are automatically calculated by interpolation.

The creators of the project are especially proud that Clara is used for previewing feature films. In fact, its 3D rendering and animation functions far exceed what is expected of an online tool. Clara.io has the V-Ray rendering engine, usually only available in several sophisticated desktop programs. In addition, Clara.io is one of the 3D animation programs that allow you to include your 3D models and animations on websites. Visitors can interact with the 3D model according to the predefined parameters. 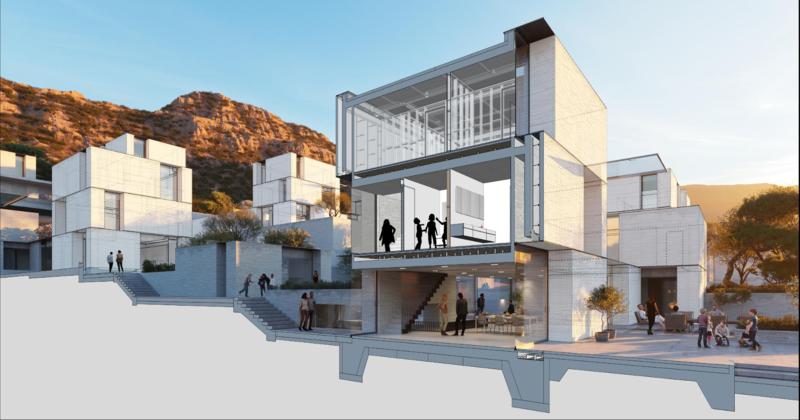 Developed with a particular eye on the conceptual phases of design, SketchUp is a versatile, powerful and at the same time simple to learn and use 3D modeling software with an intuitive interface. It has its strengths in the creation of two-dimensional and three-dimensional shapes that can help with a graphical point of view. 3D models created can be modified as desired, textured and observed even under the simulation of the solar shadow.

During the modeling phase, you can rely on effective tools such as the push/pull, which allow you to create three-dimensional figures starting from the extrusion of two-dimensional shapes. It’s worth mentioning that the program features the possibility of structuring the object in groups and components, which can be repeated (copied) several times. Through these elements, it is possible to organise the repetition of details of the model.

With Sketchup you can also get section views. The tool will allow you to position the section planes and relocate them in the model. Once positioned, it is possible to export the two-dimensional sections of the model in any supported format for a possible subsequent use.

The rendering is conducted in real time and is based on OpenGL technology. The rendering is of a non-photorealistic type and does the graphic techniques of cartoons by presenting a sketch pencil, hence the name. 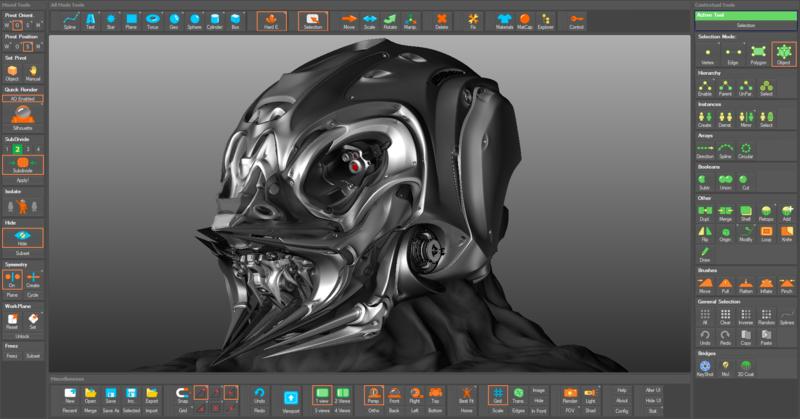 The most important feature of Rocket 3F is Workflow, which is geared towards mouse or stylus-only input. It also features the Crease Tool, which modifies the crease values directly on the mesh, immediate mode rendering. A book of materials is integrated into the program, but there is always the opportunity to replenish it with new textures. Four inspirational themes are presented to the users’ choice, but there is also the opportunity to create custom themes. The useful Quick Render feature allows you to immediately see how your model looks before finishing the work. 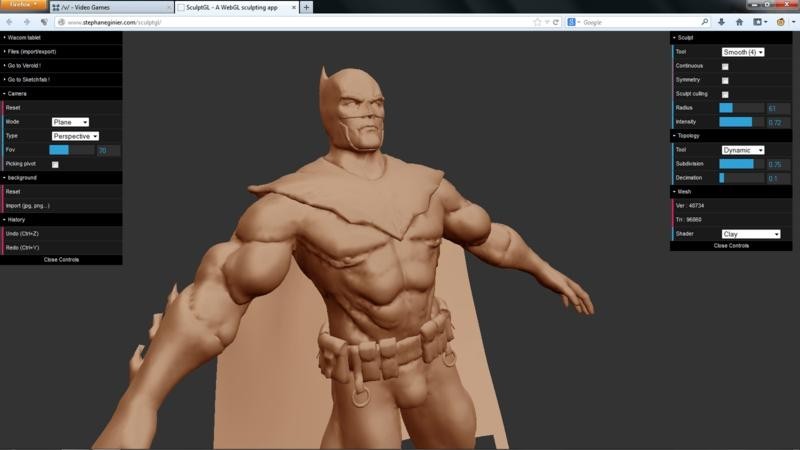 In many cases, WebGL applications in a browser are limited to specific demos, but that is not the case with SculptGL. As the name implies, SculptGL gives us a virtual clay ball that we can alter in several ways, and includes symmetry options, import and export functions with the OBJ format, as well as a list of options that change the general appearance of the sphere.

SculptGL allows changing the sphere, adopting the appearance of an orange, bronze, red velvet, skin, or liquid, among others. There is also a symmetry option to double every alteration on the surface of the ball. SculptGL has Brush, Inflate, Rotate, and Smooth, Flatten, Pinch, Crease, Drag, Paint and Scale tools. In case the artwork goes wrong, a simple click returns the ball to its original form.

Freescan and Freetrak Metrology 3D scanners: How to Choose the Right One?

Fused Deposition Modeling: All You Need to Know about FDM 3D Printing Technology