While the vast majority of resin 3D printers can provide more detailed results than the FFF/FDM counterparts, they are usually more expensive. Historically, it used to be even more prominent: some early desktop SLA/LCD machines used to cost thousands of dollars. This is no longer the case: there are now resin 3D printers available in the range below $1000. And they still provide an impressive level of quality and accuracy.

One of such solutions is offered by the Taiwanese brand Phrozen. The device is called Phrozen Sonic Mini 4K. The machine boasts an impressive level of detail without costing a fortune. In this article, we will talk about its main features, advantages, and disadvantages. 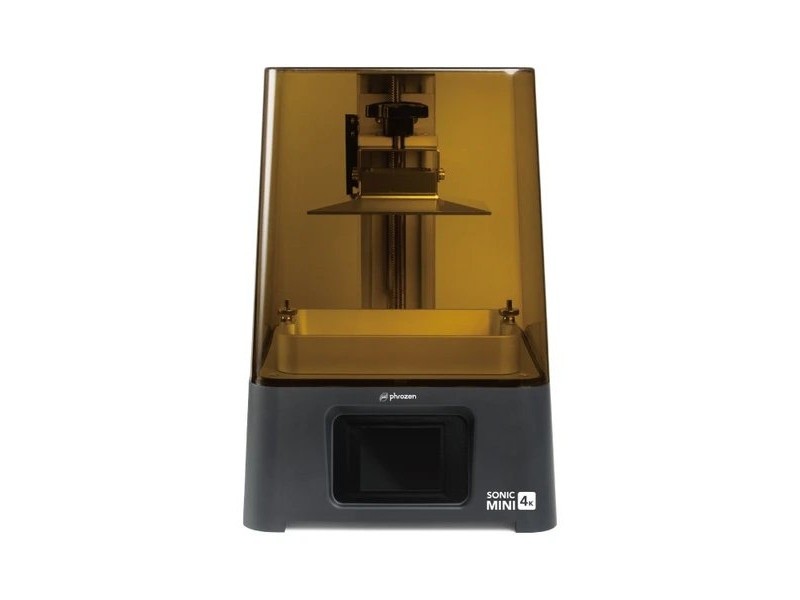 Phrozen is a 3D printer manufacturer focused on resin additive manufacturing. The company is based in Taiwan and was founded in 2016 by a group of engineers.

Their first device was developed in 2016 — it was named the Phrozen One DLP 3D Printer. As the name implies, the machine used the DLP technology.

Their first LCD 3D printer — the Phrozen Make — was announced in April of 2017. Taiwanese startup’s crowdfunding campaign on Kickstarter had the initial goal of $30,000, aiming to understand if the target audience will be interested. The goal was surpassed in just 4 minutes after the campaign launch. In total the company raised $375,000 on Kickstarter.

The Sonic line consists of some of the company’s successful 3D printers and includes the devices that feature various print volumes and levels of accuracy. The Sonic Mini 4K is another addition to the series. It combines the impressive level of detail and a small footprint with a low price.

The Phrozen Sonic Mini 4K is a compact (its outer dimensions are 250 x 250 x 330) and lightweight resin 3D printer. It features a simple design and utilizes the LCD technology, but the main improvement over the original Sonic Mini is a resolution bump from 1920 x 1080 pixels to 3840 x 2160 (4K resolution, hence the device’s name). This makes the machine incredibly accurate, offering an impressive level of detail. The XY-resolution of the device is just 35 microns, which is one of the highest (if not the highest) among budget resin 3D printers. 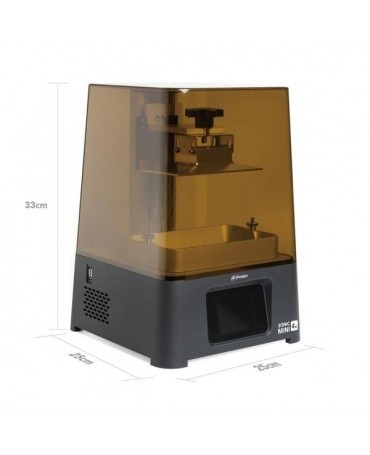 The device features a monochrome LCD light source, which is durable and designed with longevity in mind, while also making the machine significantly faster: the Sonic Mini 4K can print a single layer in just under 2 seconds.

The machine’s build volume is on the smaller side of the spectrum, but it’s good enough by ultra-budget resin 3D printers standards, especially considering the overall compact frame of the printer. 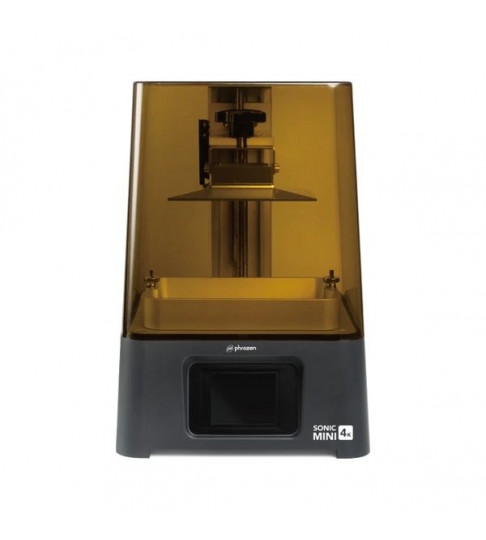 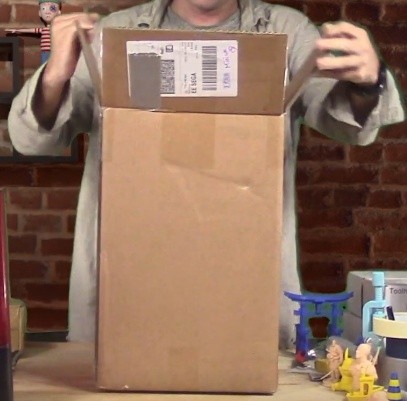 The Phrozen Sonic Mini 4K comes in a relatively compact box. Apart from the printer itself, the contents include:

For some items, package content may change. In case of any questions, please get in touch.

The device comes fully assembled. Setting the machine up is a simple process that’s similar to the majority of other resin printers.

The first thing to do is to test the LCD screen. Just find this option in the menu and check if the image is visible on the lower part of the printer. 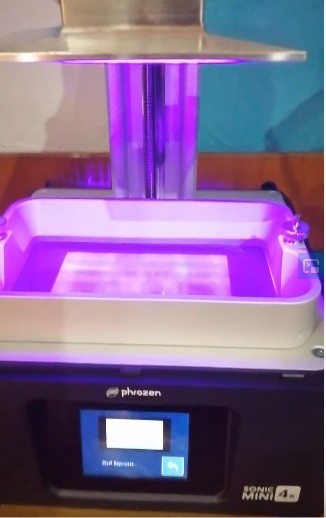 One of the most important steps is to calibrate the print platform. The process is assisted by the printer’s internal software and will guide you through all the steps. It requires using a sheet of paper and tightening various screws. 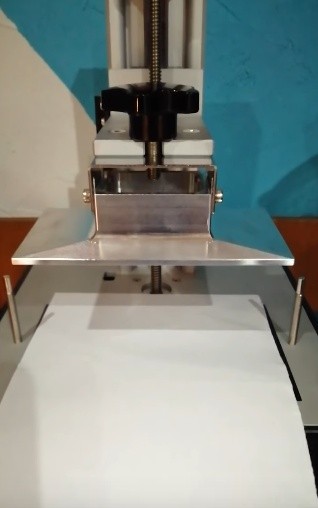 The printer is compatible with ChiTuBox: the most common slicing solution for resin 3D printers. It’s a powerful program that offers an intuitive yet functional interface and does a good job preparing the models.

The Sonic Mini 4K can also work with other slicers that support the ChiTuBox file format named .cbt.

Printed and painted weeks before Halloween, this Headless Rider tabletop miniature showcases how highly detailed the prints done on the Sonic Mini 4K could be. 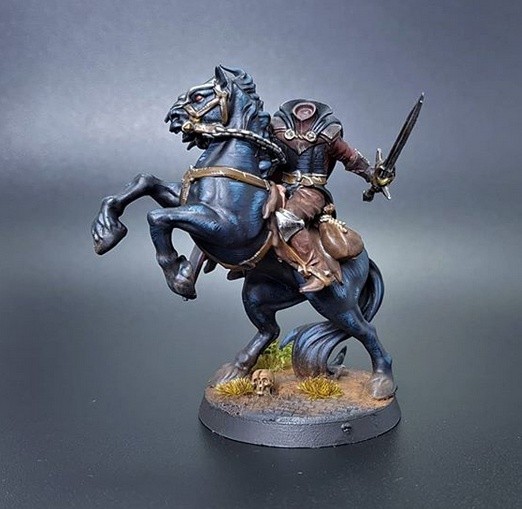 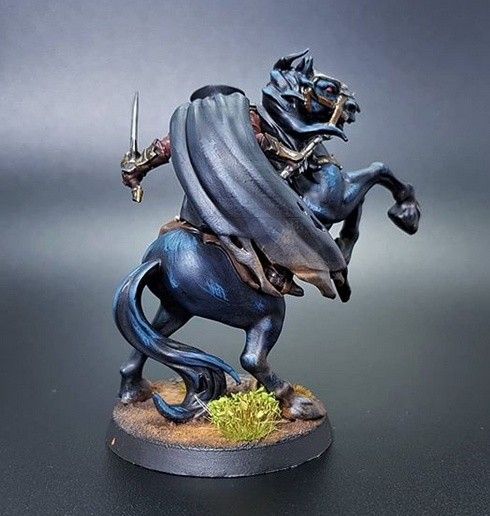 And this orc rider miniature is another impressive example. 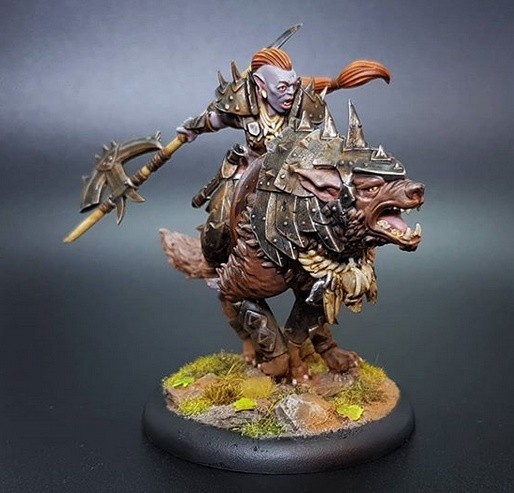 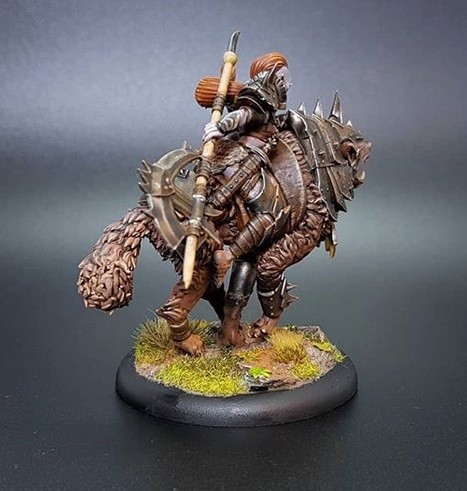 This tabletop miniature boasts an impressive level of detail and smooth surface finish. 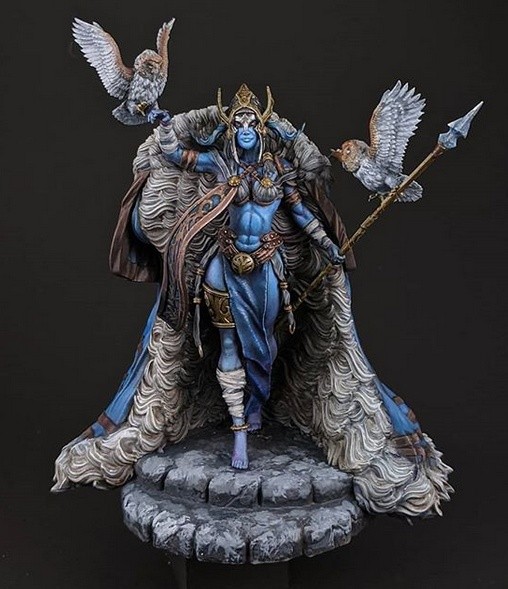 The Phrozen Sonic Mini 4K is an upgraded version of an already successful Sonic Mini. It improves on resolution, and thus accuracy and level of detail, without becoming significantly more expensive. It’s a very fast machine, that’s reasonably easy to use and doesn’t compromise on many things.

The Sonic Mini 4K is an impressive combination of affordability and quality. It comes in a compact footprint and will be a good choice for both professionals and hobbyists alike, thanks to its ease of use and great level of detail of the resulting prints. 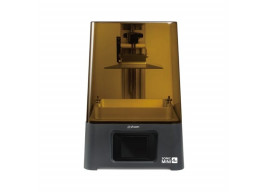