Prusa Research is a Czech company founded in 2012 by a maker and inventor Josef Prusa. What began as a small one-man startup, has over time evolved into one of the best-known 3D printer companies, shipping over 9000 machines worldwide every month. A key feature of Original Prusa 3D printers has always been their open-source nature, and the design of the first Prusa i3 model has been adopted by a lot of manufacturers.

This is Top 3D Shop, and in this article, we are going to tell you about a brand new FDM 3D printer from Prusa Research, which embodies a bunch of revolutionary features not only for the company, but for the 3D printing market in general. Read on to learn more about the long-awaited Original Prusa XL 3D printer. 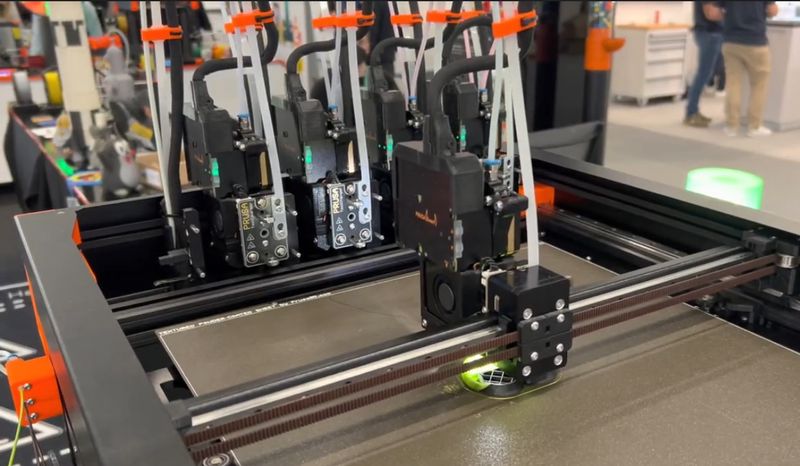 The Original Prusa XL features a completely new design made from scratch by the company’s engineers. While other Prusa 3D printers are built on what is called Prusa kinematics with a print bed moving along the Y-axes, the XL is the first Prusa machine based on a CoreXY motion structure, which is virtually a much better choice for a fairly large build volume of the XL, which measures 36 cm cubed. For a printer that big, stable movement without vibrations is especially important, so the XL is equipped with high-quality linear rails on X and Y-axis and stepper motors, while its rigid aluminum extrusion frame makes for hassle-free printing of any models regardless of size.

The open-frame design of the machine allows for easy access to the build chamber, but for those who often print with temperature-sensitive filaments, the company has designed a foldable draft shield which does not take up extra space. They also promise to make an optional full enclosure for even better protection from temperature fluctuations. 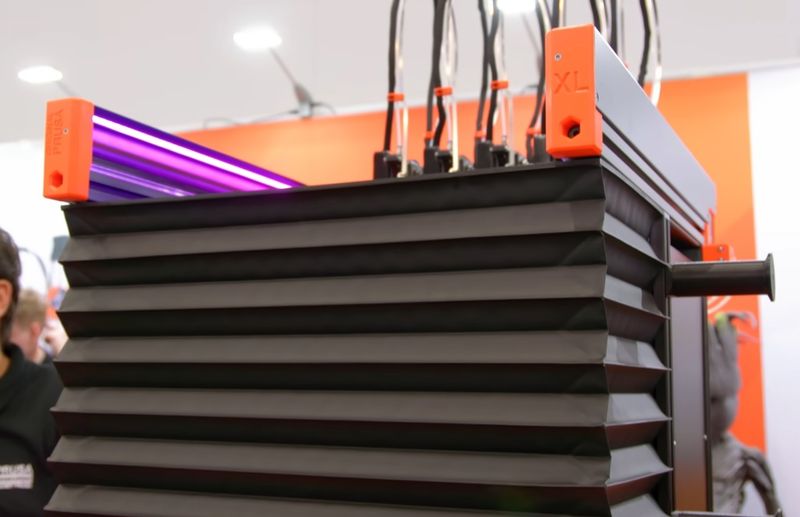 The Original Prusa XL is built on the new custom 32-bit XLBuddy mainboard with an expansion slot. Besides, the new extruder is powered by its own Dwarf board with a dedicated CPU and Trinamic stepper driver, which is connected to the mainboard via a single-cable interface. It receives requests from the mainboard and then manages the extruder operation on its own. The XL can be equipped with a tool changer with up to five tool heads (more of that below), and each of them features a separate electronics board with a load cell sensor used for auto bed calibration and perfectly flat first layer. 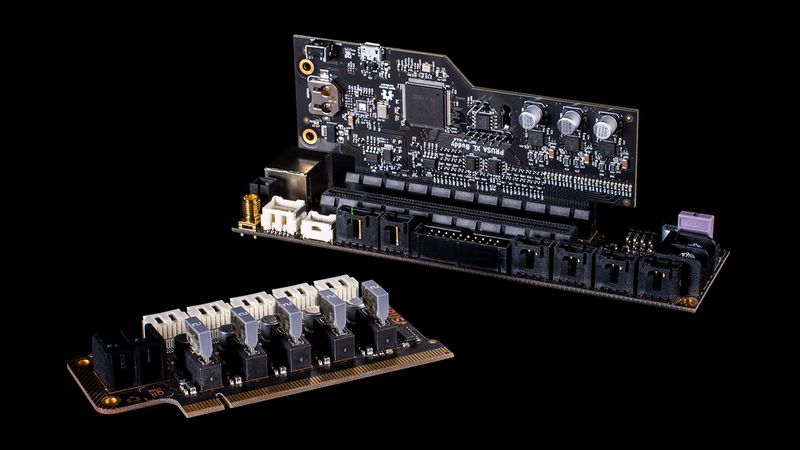 But that is not all for the printer electronics. The modular print bed is also equipped with its own control board managing the operation of the print bed and its segments separately. Thanks to the new feature in the Prusa Slicer software, which creates a bounding box for the print in the G-code, the print bed control board can receive the information from the main CPU and preheat only the segments required for the particular model. This provides significant energy saving and allows shortening print preparation time. 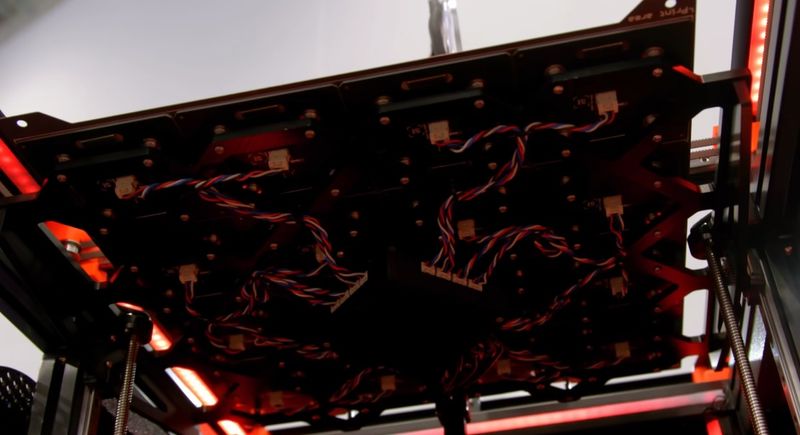 Apart from USB and Ethernet connectivity, the XL is equipped with a built-in ESP32-WROOM-32 Wi-Fi module on the XLBuddy motherboard.

The complicated electronics including several control boards with their own firmware does not affect ease of use, common for Prusa machines, and the operation of the XL is no more difficult than that of the MK3S+ or MINI+ models.

One of the most notable features of the XL is definitely its all-new, next generation extruder, or Nextruder, as the company calls it. The first extruder developed by Prusa engineers had a cycloidal design with zero backlash, but eventually they opted for a planetary gearbox with a large, no-slip drive gear and a 1:10 gear ratio, which provides even more consistent extrusion and better handling of flexible materials. The in-house developed load cell sensor allows using the nozzle as a probe and ensures “an always-perfect first layer” without the need for manual calibration or Z-height adjustment. A new thermistor has been added to the heat break for more precise temperature adjustment according to material specs. 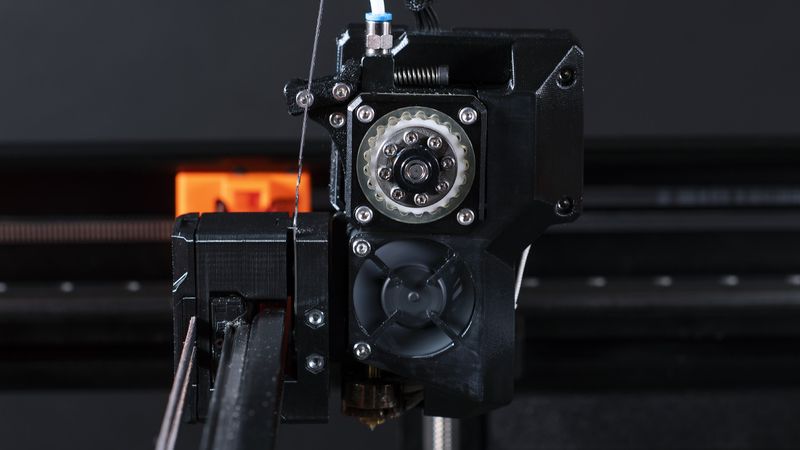 The extruder control board is equipped with an LED showing the current status of the extruder and accompanied by two buttons used to quickly purge or retract filament. However, the buttons can be reprogrammed in the firmware, so their function can yet be changed. 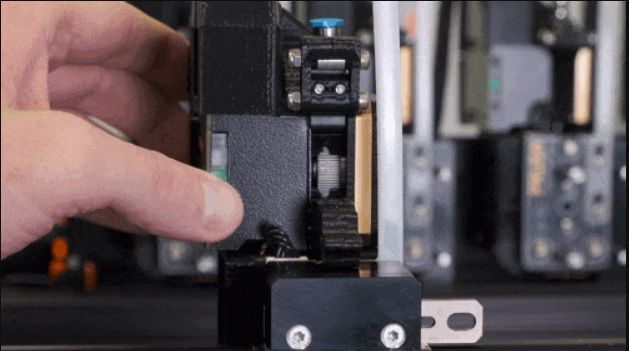 As for the nozzles used by the XL, they can print with the maximum temperature of 300 °C, and the company has developed an adaptor allowing for the use of any V6-compatible nozzles, which enhances the printing capabilities of the XL to a great extent. The nozzle assembly can be easily swapped without the need to disassemble the extruder.

Another innovation of the Prusa XL is the modular print bed composed of 16 independently heated segments. This solution has several advantages over conventional one-piece heated print beds used in most 3D printers. As mentioned, heating only selected segments rather than the entire bed results in lower power consumption and faster preparation. Besides, gaps between the segments efficiently reduce bed deformation which may occur to a traditional heat bed, especially of a considerably large size. 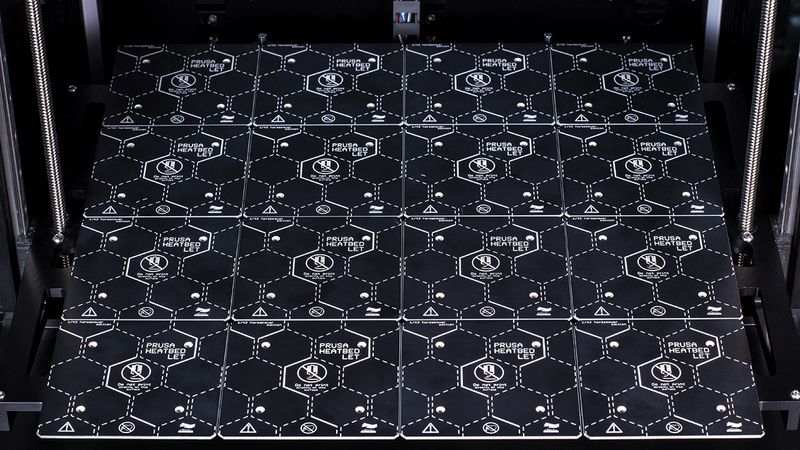 Now we come up to the last but not least outstanding feature of the Original Prusa XL. Printing with several filaments is not new in FDM 3D printing, and there are various multi-filament solutions from different manufacturers, like the Mosaic Palette 3 Pro splicer. But Prusa engineers have offered an innovative and easy-to-use technology that can be flexibly configured to meet specific customer needs and easily upgraded in the future. All in all, the tool changer supports up to five print heads that can print with various filaments at different temperatures. The company engineers are thinking of using different nozzle sizes for a single model, but as of now these are only plans, as well as utilizing different tools other than the extruder. 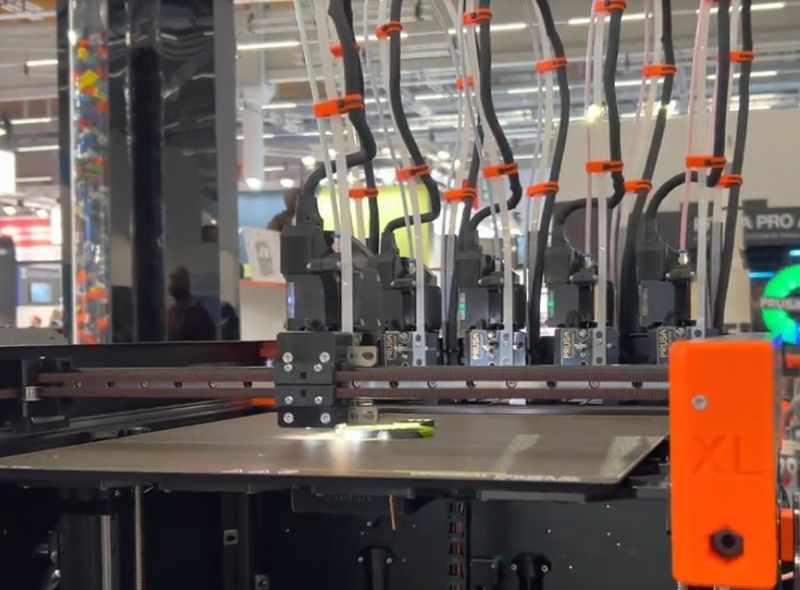 A small but useful addition to the tool changer is two LEDs that illuminate the nozzle, making it easier for the user to monitor the printing process.

Being a cutting-edge innovative device, the Original Prusa XL is equipped with all smart features considered necessary for a modern 3D printer, and even more. Besides the filament runout sensor, the printer has nozzle clogging detection, which saves you material and time, preventing damage to the model. The power-loss recovery function is of extreme importance with large prints that can take several days and tons of filament.

As for material compatibility, the XL can print with a wide range of proprietary and third-party filaments including PLA, PETG, ABS, ASA, PC, PP, flexibles, and other materials. What is more, you can combine up to five different filaments in one print or build soluble support structures using an optional tool changer with several print heads. For larger prints requiring a lot of material, Prusa offers 2 kg spools of Prusament PLA Recycled and PETG Recycled filaments. The telescopic spool holder on the XL can easily accommodate large filament spools. 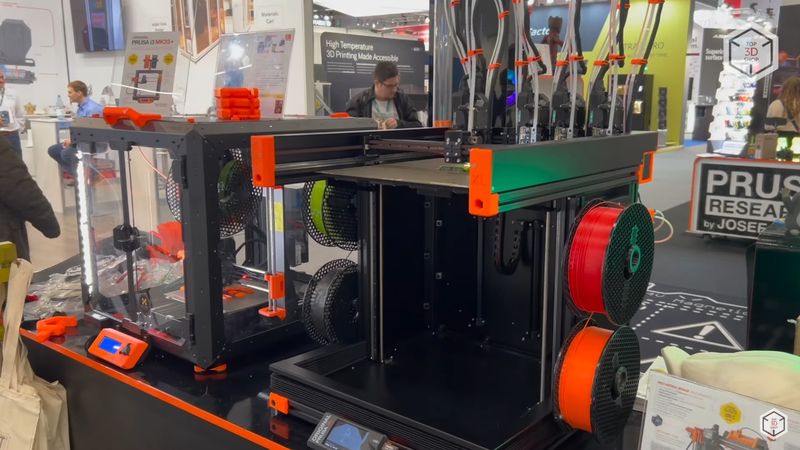 The XL is fully compatible with the dedicated PrusaSlicer software with its advanced capabilities and material profiles for a great number of proprietary and third-party filaments.

Below you will find several time-lapses of the printing process with the Original Prusa XL.

Packed with a plethora of cool features, the Original Prusa XL is a unique device featuring completely new kinematics for Prusa printers, an innovative high-performance extruder with a highly efficient load cell based leveling system, and a newly designed print bed with separately heated segments. The industrial-size build volume and ability to use up to five filaments in one projectproject make the XL a sought-after machine with a wide scope of applications in different fields, from entertainment to industrial printing.

Is it possible to increase the number of tool heads after buying the printer?
Yes, you can start with buying a single-extruder option and then purchase a tool changer and the required number of tool heads. If you are going to use three and more tool heads, you will need an additional expansion board.

What assembly options are available for the XL?
You can buy a semi-assembled or a fully assembled Prusa XL 3D printer.

What are the printer dimensions?
The printer dimensions (WxHxD) are 504 x 535 x 660 mm. The spool holders increase the width to 804 mm. For comfortable operation, the manufacturer recommends having at least 1100 x 910 x 775 mm of free space for printer installation.

Mary Ewy
About the expert
Mary is a contributing writer at Top 3D Shop blog and an experienced journalist keen on cutting-edge technologies, with a special interest in additive manufacturing. Apart from writing articles, she is passionate about photography, tennis, and traveling.
Related articles 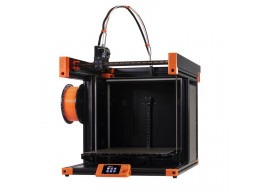