Our new review focuses on the Phrozen Sonic. What sets this desktop 3D printer apart from other LCD models is that the machine manages to be compatible with many types of resins while keeping great printing speed and accuracy.

Read this article if you want to learn more about the features and applications of the Phrozen Sonic.

Taiwanese company Phrozen is a team of enthusiasts and experimentalists. They aren’t trying to change the market or invent something revolutionary. They adapt to the conditions and offer the devices that the target audience will be ready to buy. And to generate more interest, each Phrozen’s 3D printer has a unique selling point. It might be a price or some parameter. 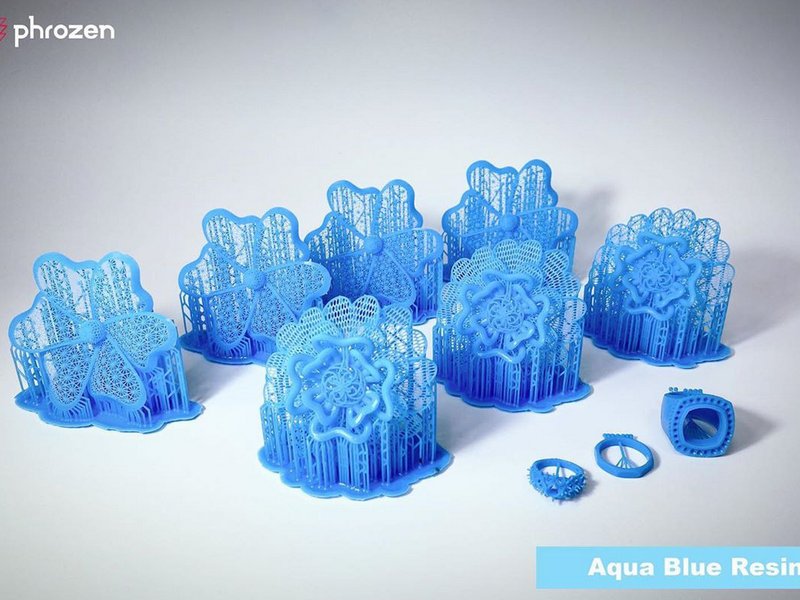 Phrozen was founded by the engineers interested in resin additive manufacturing. History of the brand began when the community of South-East Asian 3D printing professionals and enthusiasts has started to form.

The community of professionals and experienced hobbyists knows everything about the company’s devices and supports the Phrozen’s projects on crowdfunding platforms. They steadily manage to help the company exceed the crowdfunding goals by tens of times. But more about it later.

By 2016 the company’s first machine was developed — the Phrozen One DLP 3D Printer. As the name implies, the device used the DLP technology.

Their first LCD 3D printer — the Phrozen Make — was announced in April of 2017. Taiwanese startup’s crowdfunding campaign on Kickstarter had the initial goal of $30,000, aiming to understand if the target audience will be interested. The goal was surpassed in just 4 minutes after the campaign launch. In total the company raised $375,000 on Kickstarter. 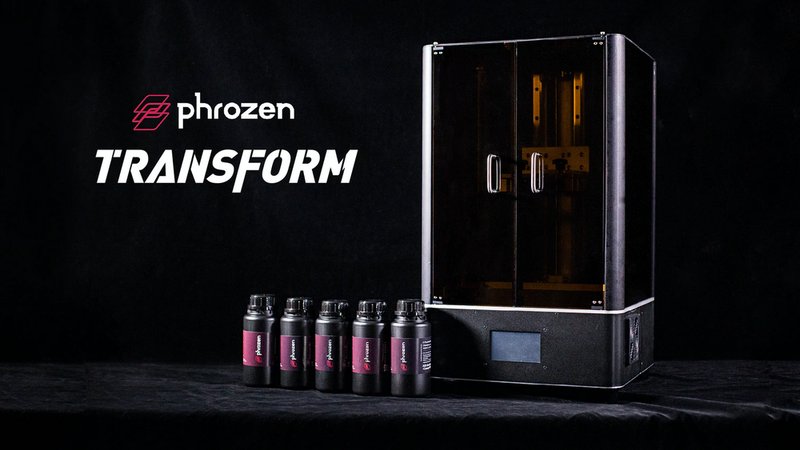 After that, the company has started to develop this product line of desktop LCD 3D printers. Currently available devices target different audiences: there are small and budget Sonic mini and large-sized high-end Transform, which was manufactured using money crowdfunded on Kickstarter.

Technical Specifications of the Phrozen Sonic 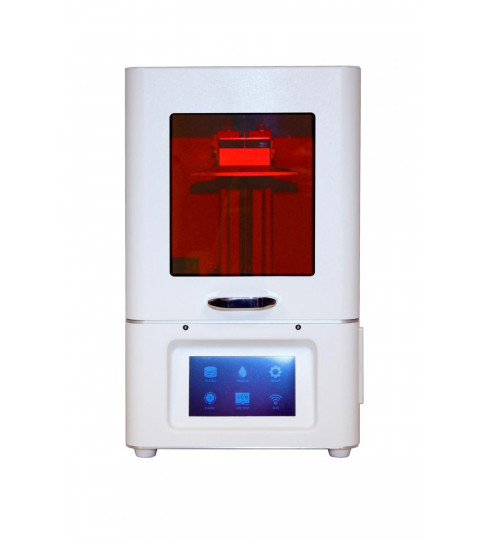 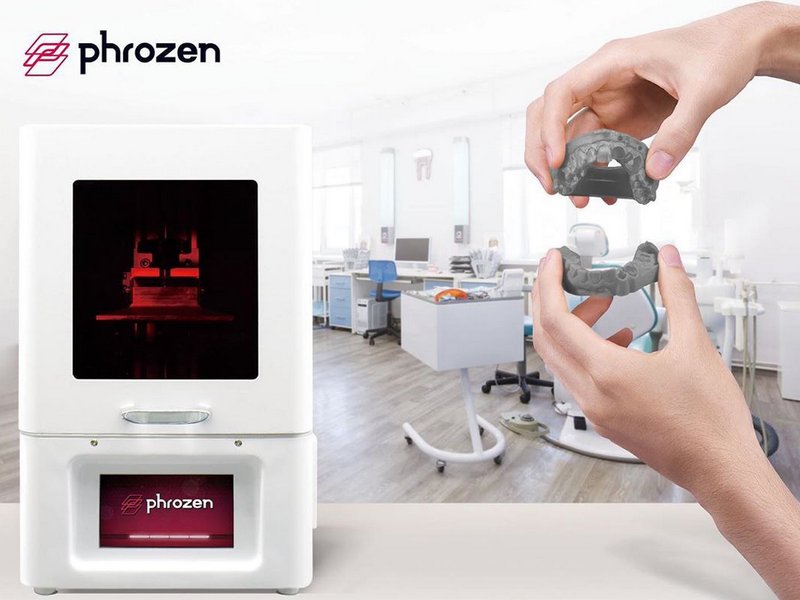 The Phrozen Sonic mini is the cheapest option in the product line, while the Phrozen Sonic is among the brand’s top-end solutions. Both 3D printers are equipped with similar monochrome LCD arrays. But they still come from two different classes, being positioned for different audiences.

What sets the Phrozen Sonic apart from the rest on Phrozen’s 3D printers is the new  ParaLED® 3.0 optical module. It’s more powerful than the ParaLED® 2.0 installed in the other machines of the brand. The new module consists of 18 UV LEDs (405 nm) and allows for printing with the speed of 60 mm/h. The LEDs evenly distribute the light stream over the whole print area. This means even polymerization over the print’s volume, which in turn means uniform layer thickness and strength. 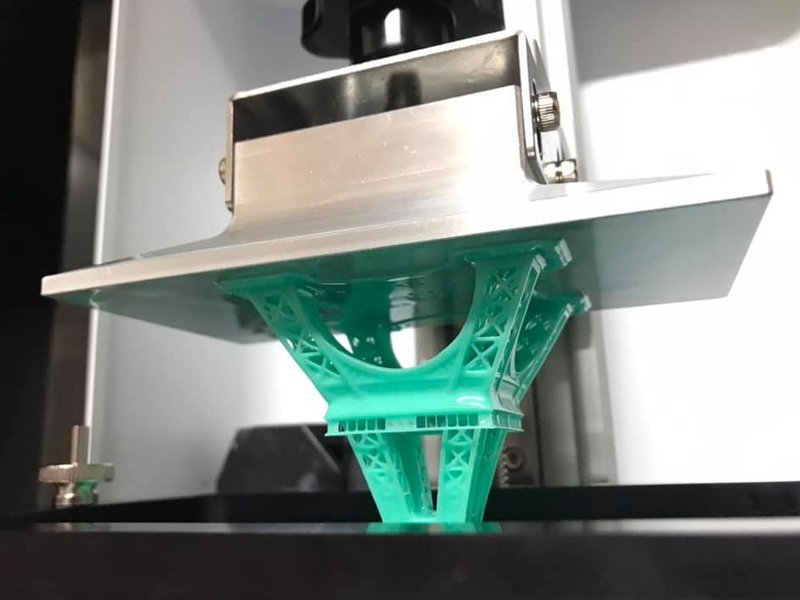 The Phrozen Sonic utilizes the LCD technology: the light generated by the UV LEDs goes through the LCD screen. It’s the screen that forms the layer contour, similarly how the LCD screen of the smartphone or laptop would form and display the images. The properties of the printer’s LCD influence the horizontal resolution of the layers. The Sonic utilizes the monochrome screen with a Full HD resolution. It allows for the XY-resolution of 62 microns, while the Phrozen Shuffle 4K has the XY-resolution of 31 microns. Minimum layer height is 10 microns, which is the standard value for Phrozen’s 3D printers. 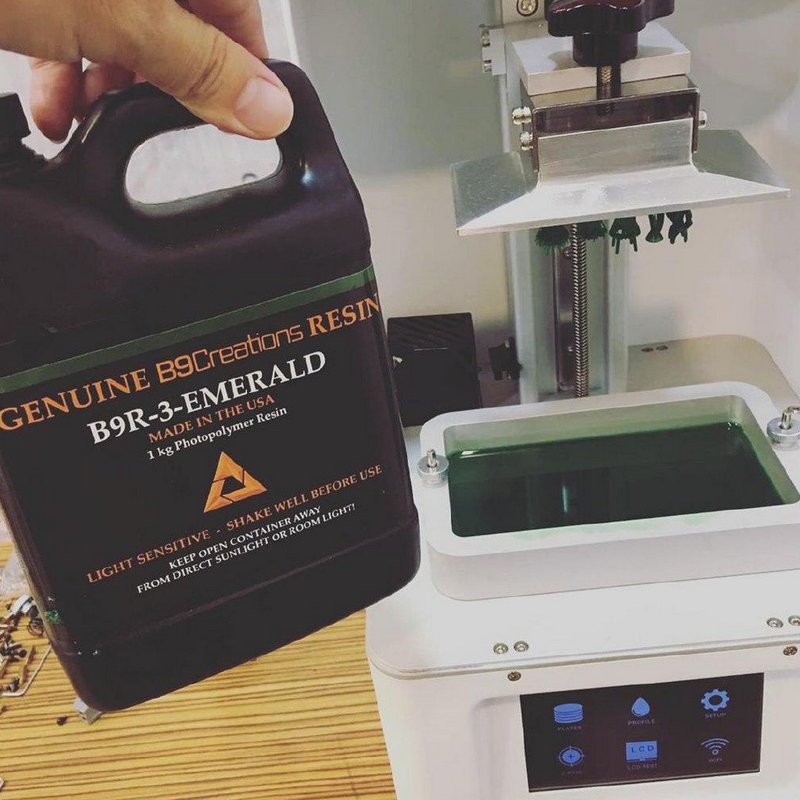 The advantageous feature of the Sonic is the support for different resins, even those that are used for DLP and SLA 3D printers. For example, the manufacturer lists the support for NextDent SG (for bio-compatible surgical prototyping) and B9R-3-Emerald (for jewelry casting), as well as the ability to use high-performance resins, such as Super Tough Flexible v2 Resin. So, the Phrozen Sonic can be used for printing highly detailed plastic products, the parts of industrial structures, dental models and jewelry prototypes, as well as castings. 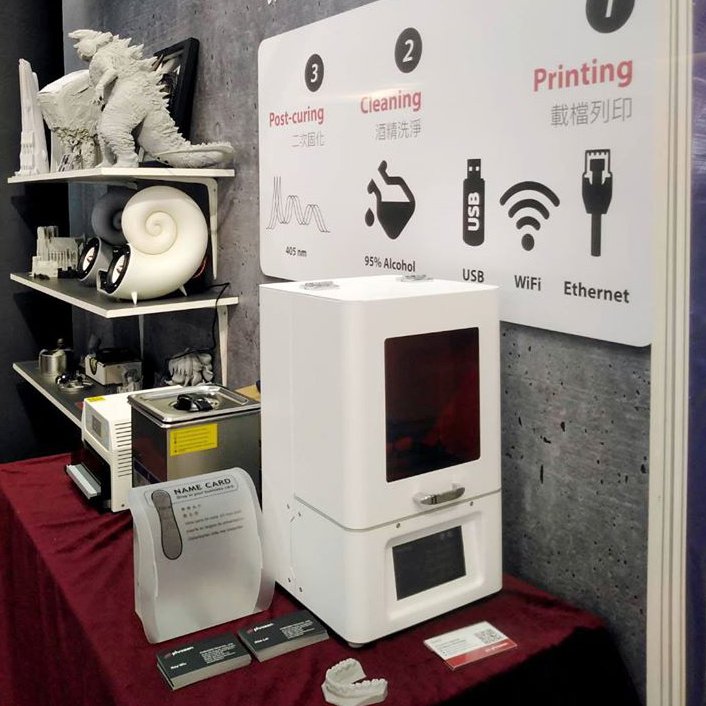 The 3D printer utilizes the Phrozen OS with its intuitive English-language interface. The printer can be controlled through the 5-inch touchscreen. Connectivity options include USB, Wi-Fi and Ethernet.

The Phrozen Sonic 3D printer comes pre-assembled. The only thing that the user has to do is to calibrate the build plate on the Z-axis and to mount the resin tank to the build area. The default packaging includes: a Wi-Fi adapter (USB), hex key, power cable, wiper/scraper, and paper documentation. A handle for the printer’s lid is also included.

Calibrating the Phrozen Sonic before the first print is an easy process. The first thing to do would be to loosen the screws on the print platform on the Z-axis and select the  Z-Axis Calibration option in the menu. The printer will lower the bed. After tightening the screws, the printer would be ready to work.

The standard preparation consists of sending the file to print and adding the resin to the vat. 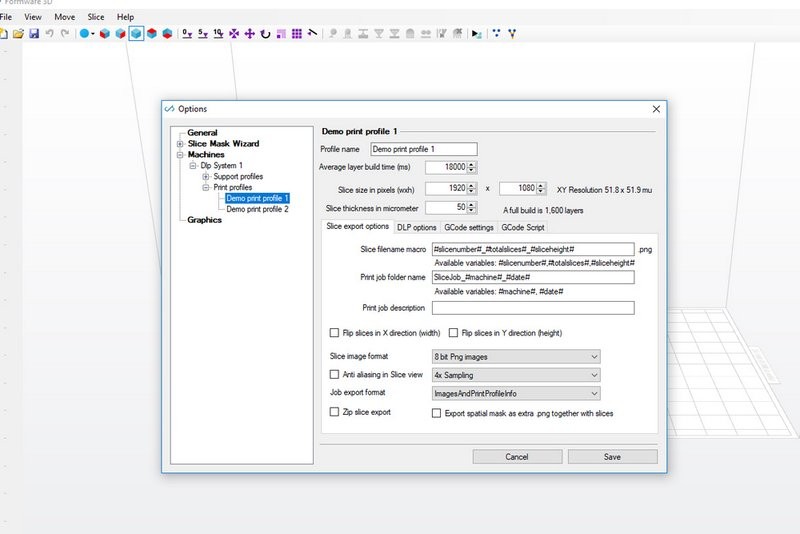 3D printer users gain access to a slicer program named FormWare Phrozen Edition (available for Windows). The software comes with preset print profiles for all devices of the brand, so everybody is welcome get the program to work with Phrozen’s printers. The slicer is optimized for preparing jewelry prototypes and dental models. 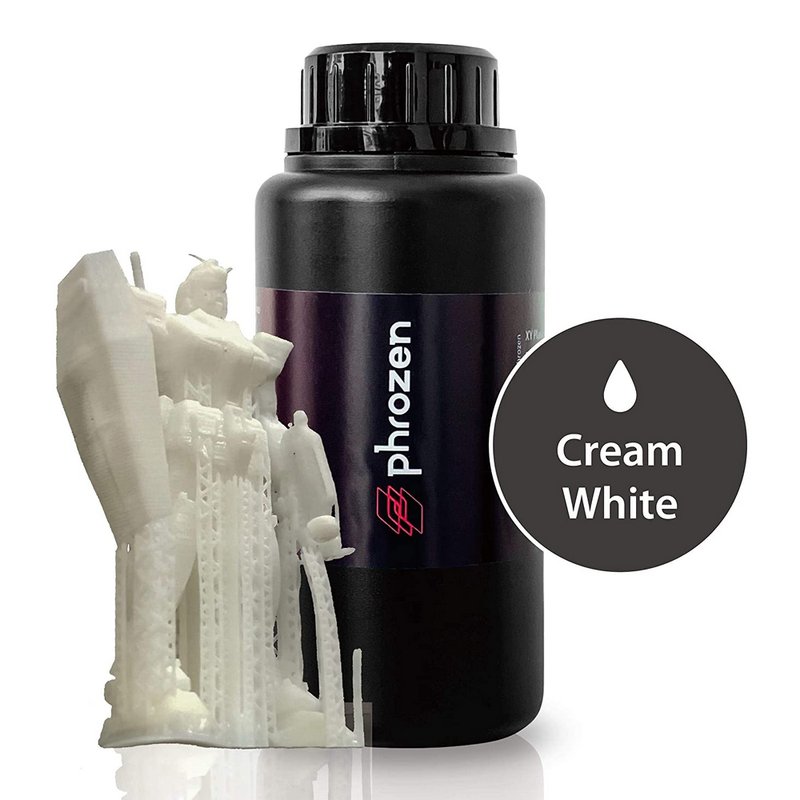 One of the features of the Phrozen Sonic 3D printer is the support for very wide range of resins. The device is also compatible with the materials for DLP/SLA 3D printers. So the user can choose to work with third-party resins with different properties.

Components of a Dental Unit

A Brazilian dental clinic OdontoMega has uploaded to its YouTube channel a video example of Phrozen Sonic printing a piece of equipment. The personnel used the device to print a replaceable part of a suction pump.

Phrozen has uploaded a video to their official YouTube channel. It shows how the Phrozen Sonic was able to print 12 dental models in the span of 3.5 hours. 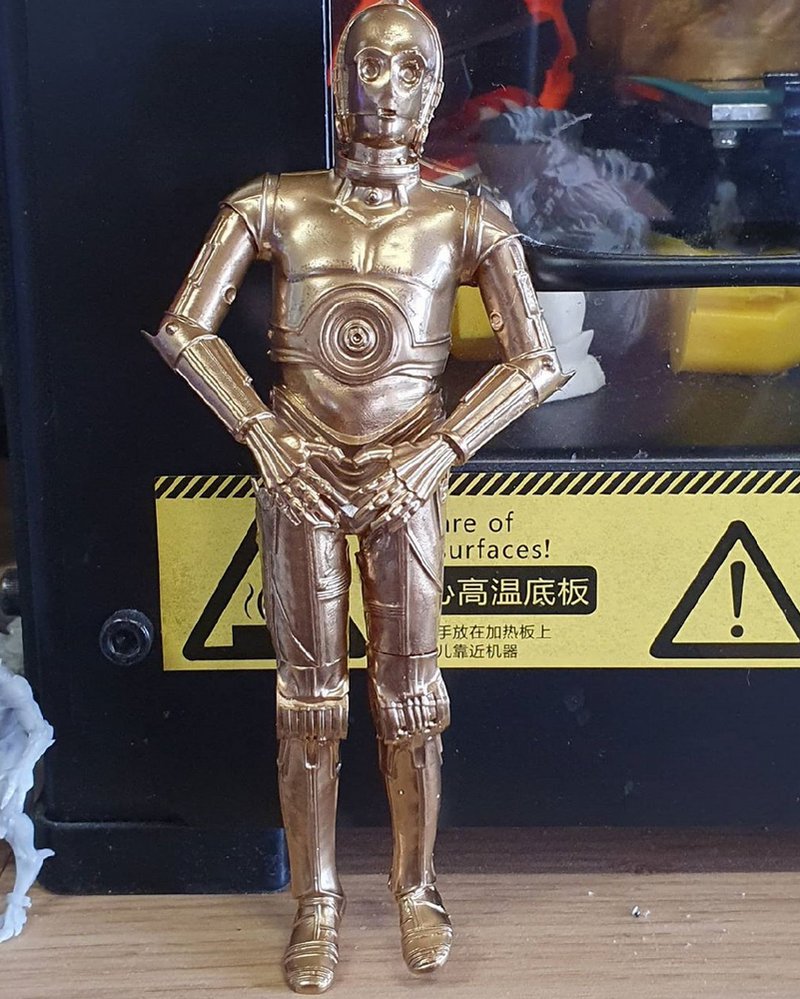 Zortrax is a Polish company that specializes in manufacturing professional 3D printers. Their catalogue includes one model that uses the LCD technology — the Zortrax Inkspire. Its price and build volume is comparable with the Phrozen Sonic’s one. An XY-resolution of a Polish analogue is a bit higher but the Sonic manages to print the layers that are 2.5 times thinner.

There’s one significant difference between the models — the expected lifespan of the LCD screen. The liquid crystals tend to degrade over time, which will lead to replacing the screen. The claimed lifespan of the LCD inside the Taiwanese 3D printer is 2000 hours, while the Polish 3D printer’s LCD has only 200 hours. The key differences between the models are outlined in the table below.

While the models are very similar, their professional application means that the 3D printers will be often used and requires the results to be as accurate as possible. These two things are where the Phrozen Sonic is superior to the Zortrax Inkspire, even though the Inkspire boasts a better XY-resolution and bigger build volume. When choosing between these two models, consider which parameters are more important to your use case.

Let’s summarize the main advantages and disadvantages of the Phrozen Sonic. 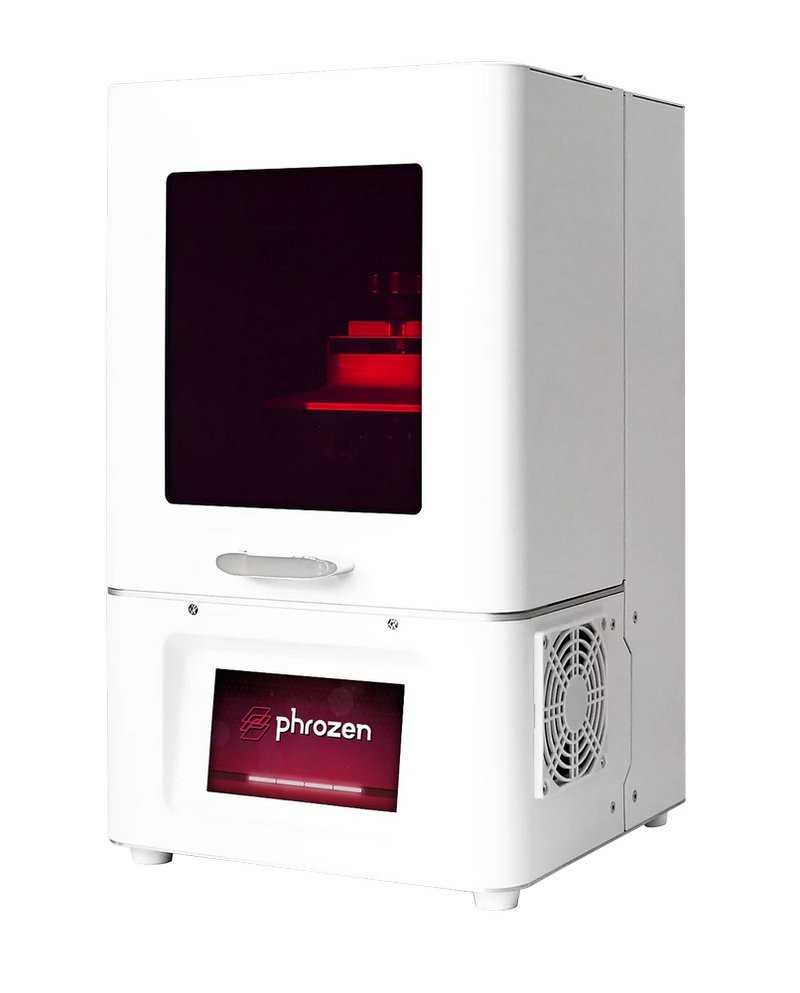 Phrozen Sonic is a convenient 3D printer that can be used professionally by the large production facilities and the companies that provide 3D printing as an outsourcing service. The ability to use one device for printing dental models and jewelry castings is a strong point of the Sonic. The model is also easy to use, so even a beginner would be able to work with this 3D printer. The combination of the proprietary ParaLED technology and longevity of the LCD screen is worth a special mention. It allows the printer to produce high-quality prints for a long time.

Buy Phrozen Sonic at Top 3D Shop and get the original quality equipment, official warranty, as well as the best service available. 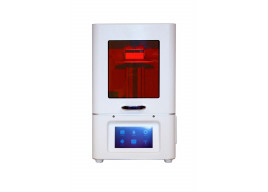