Nice to see you again on the pages of our blog! Today, Top 3D Shop, your trusted guide to the world of 3D printing technologies, software, hardware, and applications, is going to review Phrozen Transform, a budget-friendly resin 3D printer capable of doing incredible prints. Read this article to know everything about Phrozen Transform, and we hope this information will empower your buying decision. 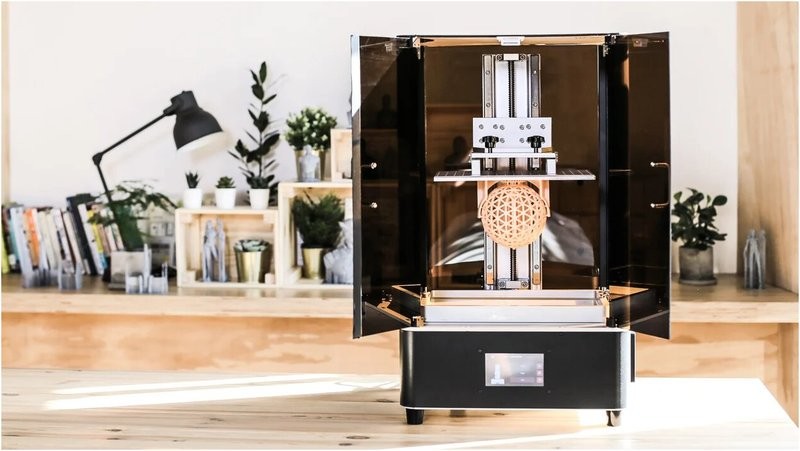 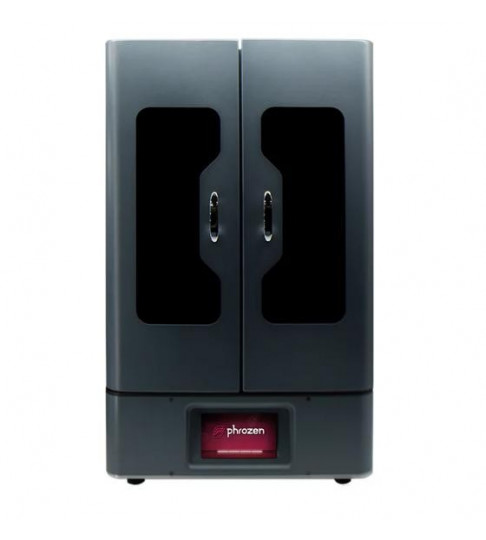 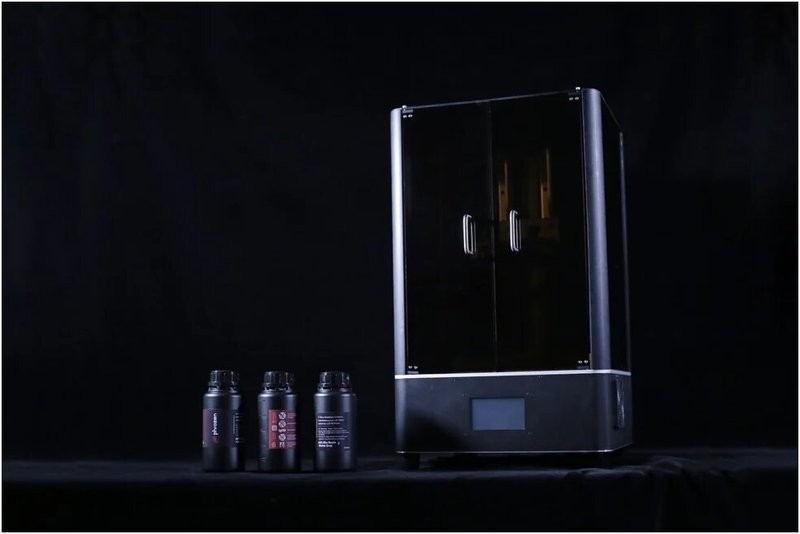 In 2018 Phrozen Transform resin 3D printer generated lots of buzz on the Kickstarter crowdfunding platform. The printer’s replaceable LCD matrices were of particular interest: single matrix of 13.3 inches (with a resolution of 76 microns) and double matrix that combines 2 panels of 5.5 inches each (47 microns), as well as a 40-centimeter ultra-stable Z-axis (vertical accuracy of which is 10 microns).

Previously, this segment was mainly presented by expensive SLA printers, but the situation at the market quickly changed when manufacturers found a way to make photopolymer technologies more affordable. 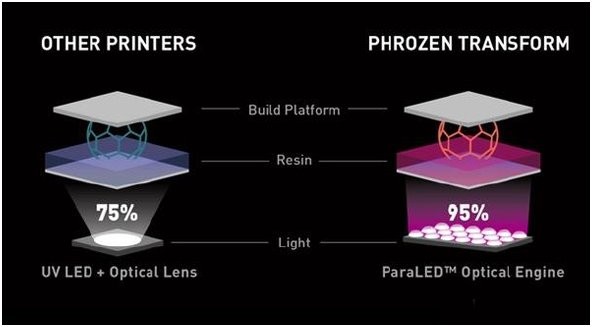 Similar to DLP, LCD 3D printers reproduce three-dimensional printed objects through the layer-by-layer solidification of photopolymer resin under the influence of light.

The difference between these two technologies is that in LCD 3D printers, the light from the UV LEDs passes through the mask created by the LCD panel, while in DLP 3D printers the mask is created using a set of micromirrors that selectively direct the light beam to the necessary place. 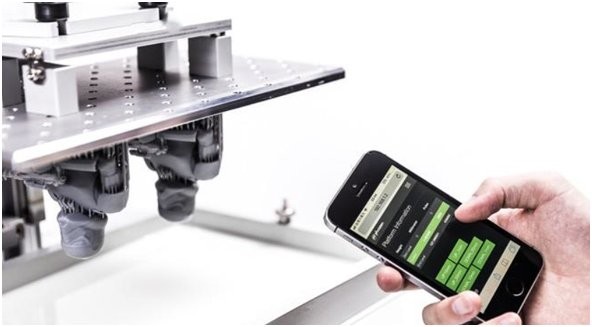 The company was established in 2013 and in quite a short time, the team managed to release several resin 3D printers including Phrozen Make, Phrozen Shuffle, and Phrozen Shuffle XL (with slightly larger sizes compared to its predecessor) which quickly became top sellers and the most recommended machines for home 3D printing. Then the producer of renowned 3D printers made its presence on Kickstarter again to launch its new development – Phrozen Transform.

Phrozen Transform has an obvious advantage over most LCD 3D printers. Its replaceable LCD panels (the single one is of 13.3 inches and the double one is of 2×5.5 inches) add twice to the productivity and print quality, while the Z-axis of 40 cm high allows for making larger prints. 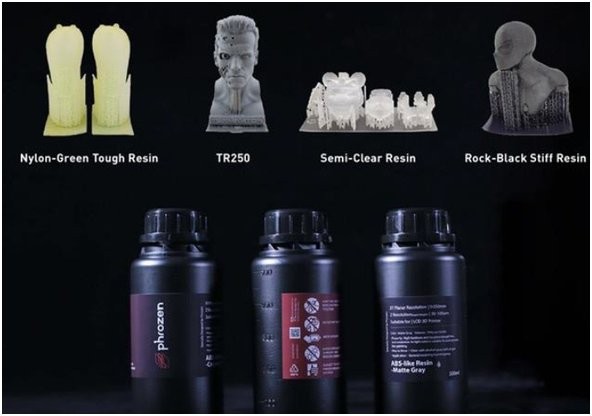 The 3D printing community got very excited about this 3D printer. This was interest was particularly noticeable during the Kickstarter campaign – Phrozen planned to raise $30,000 for the project, but the result of $375,823 exceeded expectations by more than 10 times. 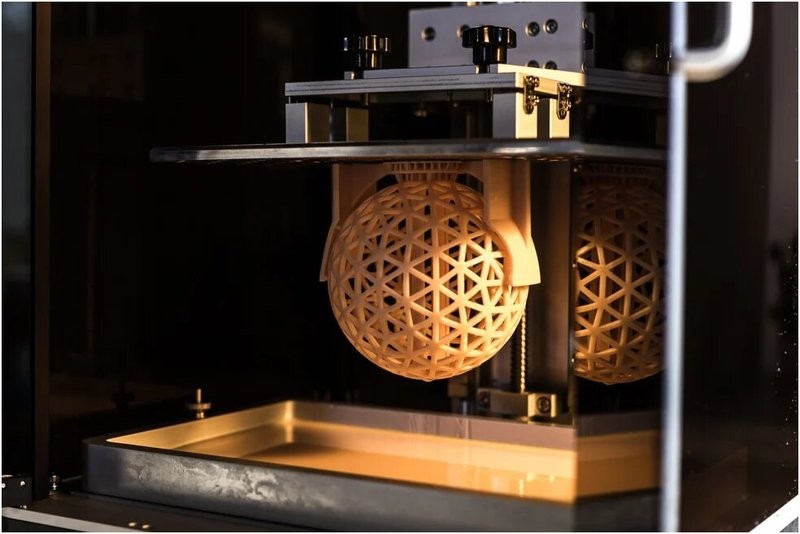 Transform boasts many powerful features, it can put a new spin to in the field of 3D printing with photopolymer resins. As was mentioned above, what sets Phrozen Transform apart from other 3D printers is its replaceable panels of 13.3 inches and 2 x 5.5 inches. The double panel allows users to print two models at the same time with greater accuracy, which reduces printing time by half.

Most LCD and DLP 3D printers are limited to a single panel, so the ability to interchange the panels gives Phrozen Transform an edge over other low-cost resin 3D printers. Moreover, the panels of Transform can be changed in just 30 seconds, using the "rapid LCD-adapter." 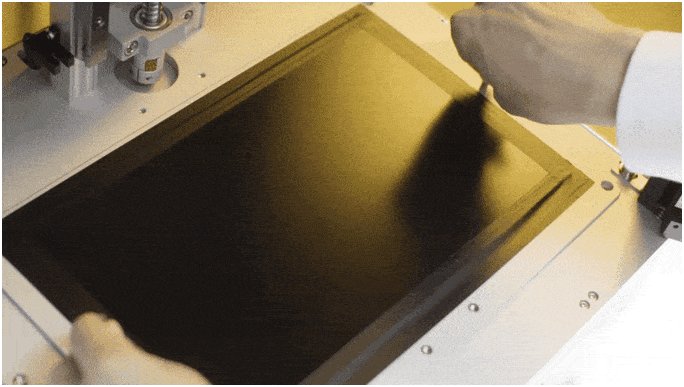 A 13.3-inch panel is used when you need to print a large object. The double panel is ideal for printing 3D models with many tiny details, such as jewelry pieces.

Dimensions along the Z-axis (40 cm) allow for constructing tall objects. This is also made possible due to the impressive 13.3-inch panel. Typically, the dimensions of LCD panels in 3D printers do not exceed 8.9 inches. 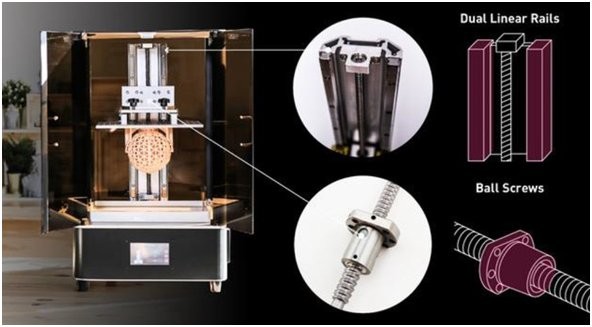 Phrozen Transform is a high-performing and durable 3D printer. The Z-axis presents a firm aluminum alloy construction with two linear guides and ball-and-screw units (ballscrew), which is generally not typical for affordable resin 3D printers. Double linear guides with ballscrew virtually eliminate vibrations and make it easy to adjust the speed of the printer. 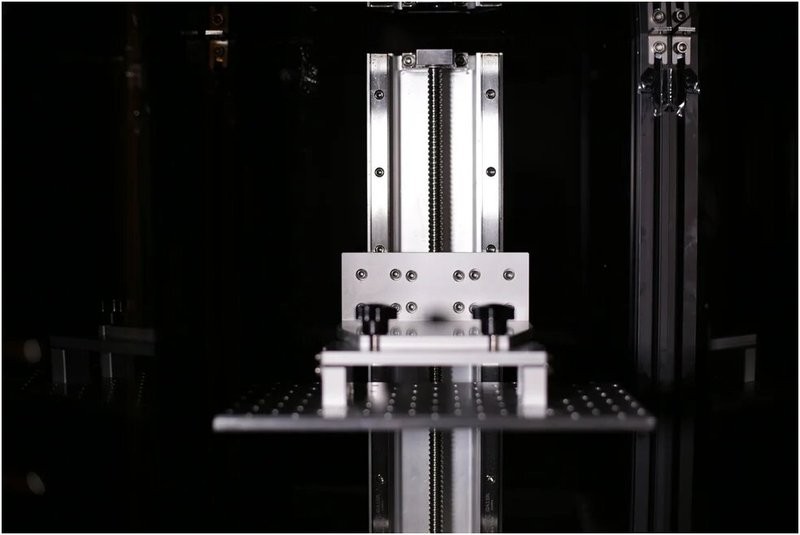 Another peculiar feature inherent only in the Phrozen Transform 3D printer is the ParaLED optical mechanism, which is used to reduce the radiation angle from the source of light. This exclusive mechanism is manufactured by the Phrozen team to boost the efficiency of light transmission through the LCD panel.

The mode of operation of the optical engine ParaLED is as follows. The size of the LED matrix is the same as that of the LCD panel. The light transmission path is adjusted in such a way as to reduce the divergence angle of the LED radiation, creating an almost parallel light stream that better penetrates through the LCD panel. At the same time, 95% of the surface of the area is uniformly exposed by the LED light. 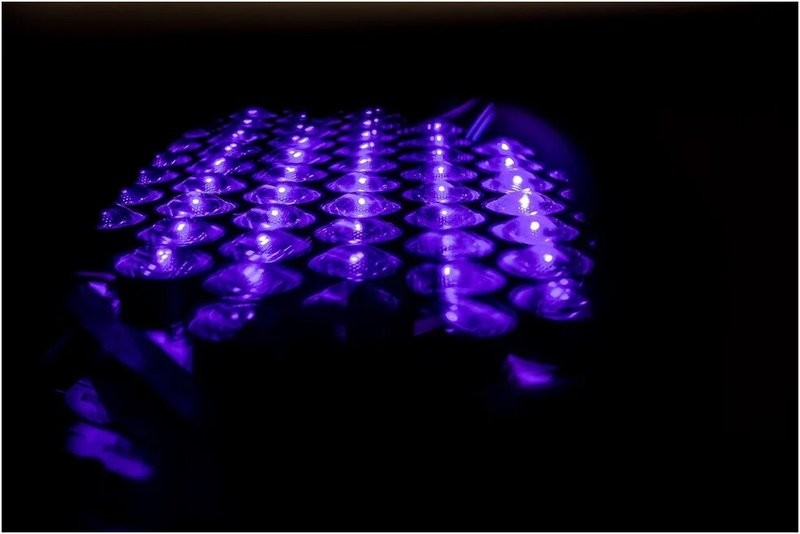 The Phrozen Transform 3D printer can connect to a Wi-Fi network and use not only branded printing materials, but also photopolymers from other manufacturers. 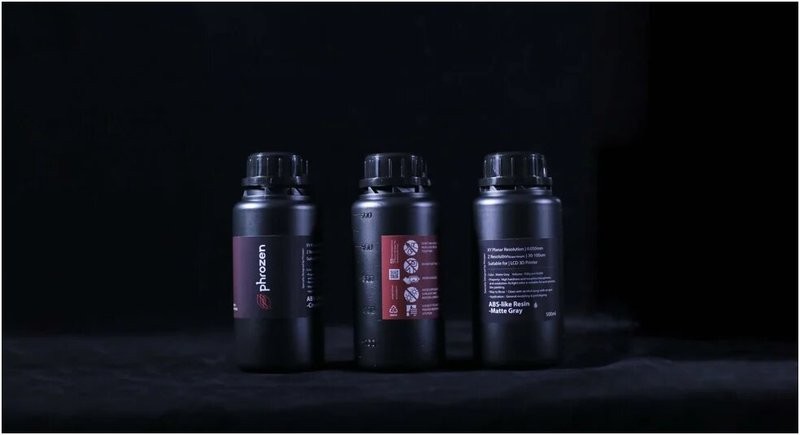 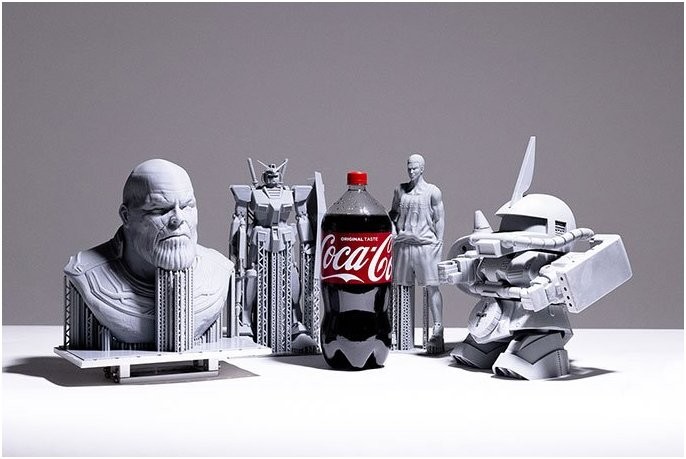 The demonstration models built by the Phrozen Transform 3D printer strike with their big sizes and an extreme level of detail. 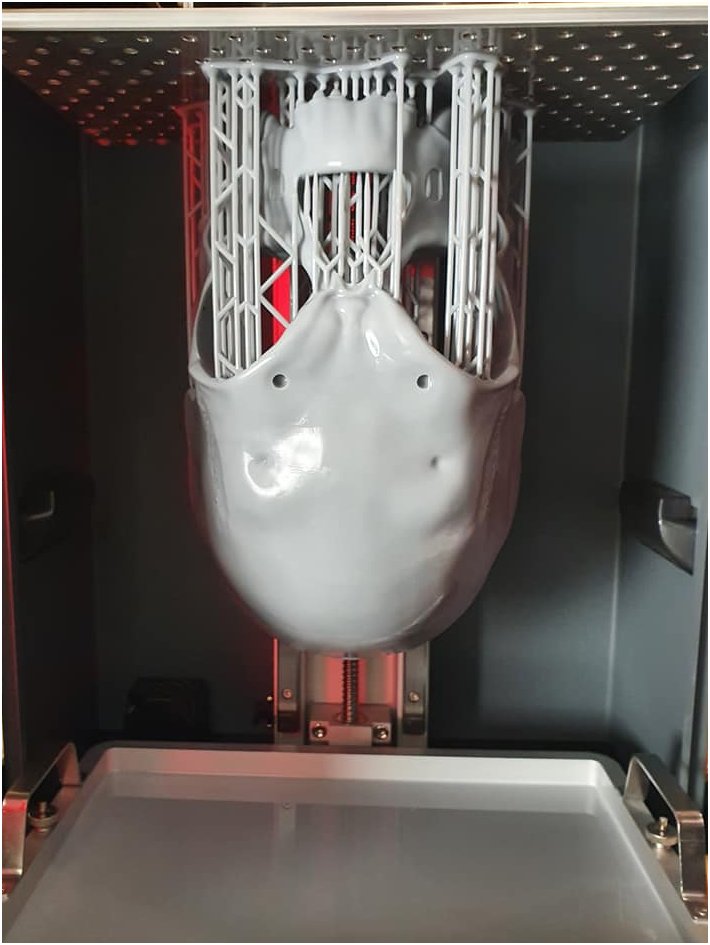 Another Facebook user Paul Rascagneres showed off his first object created with the help of the all-mighty Phrozen Transform 3D printer. 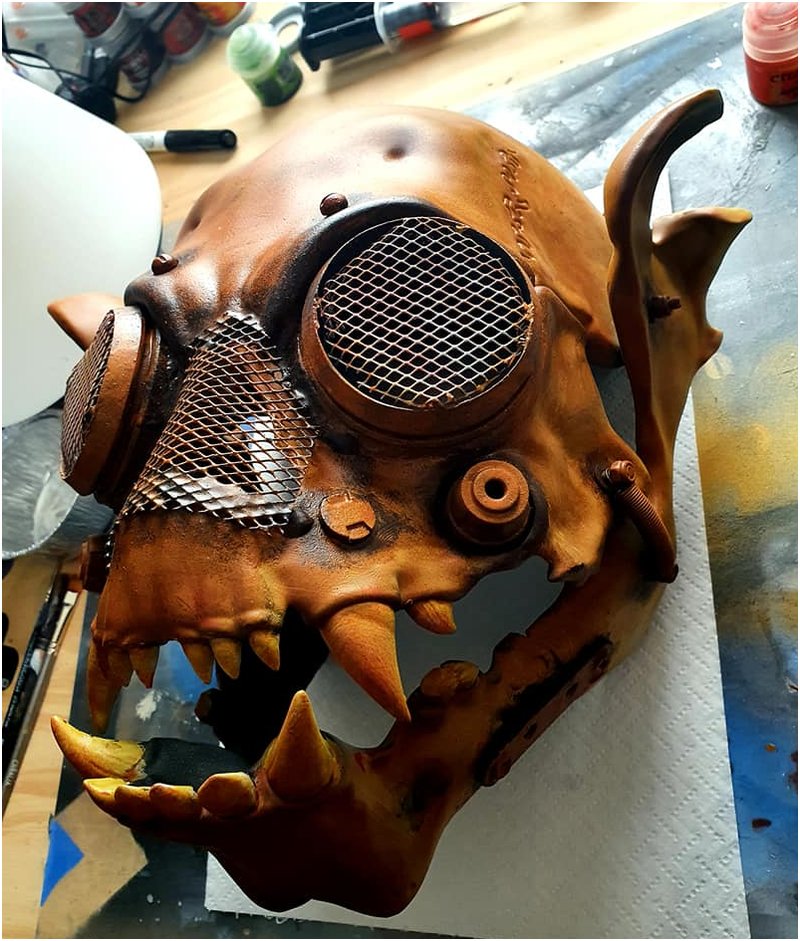 The finished result after post-processing and paint job. 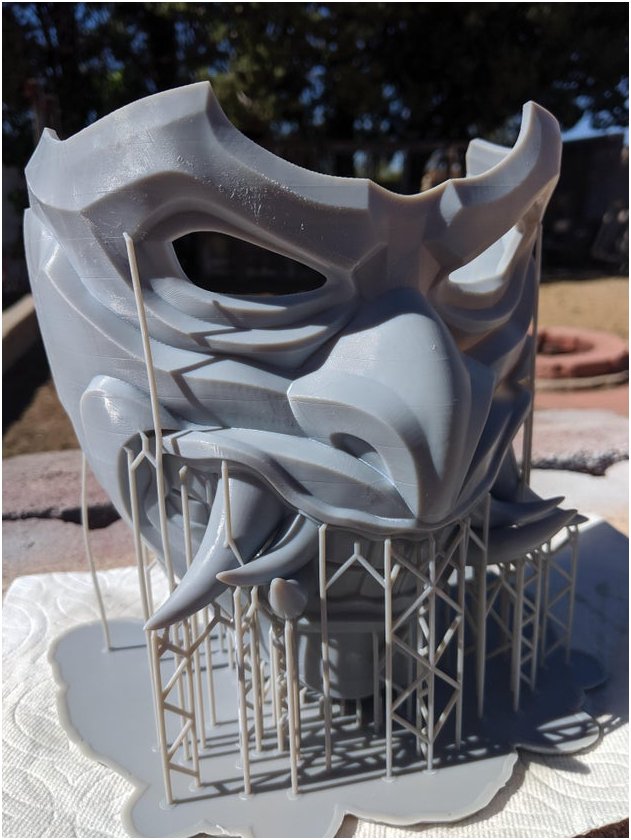 A user of the social news site reddit.com shared with readers the result of his first experiment with Phrozen Transform. 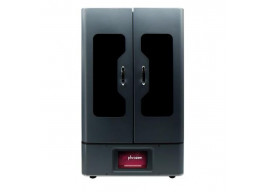