After the big success of the first budget-friendly resin 3D printer, Anycubic presented a new lineup under the name Anycubic Photon Mono. Dramatically increased print speed was only one of the improvements, and the Photon Mono SE became a kind of magnum opus in this regard. Apart from that, the device features a renewed structure and mechanics as well as some other upgrades. Read on to learn more.

The Photon Mono SE retains most of the main features of the previous model, but the print speed has been significantly increased. To reduce the printing time, this model has a more powerful UV source and an improved matrix. Also worth noting is the ability to operate the printer via a Wi-Fi connection. For this, the printer has a special connector, and a small antenna is included in the package. 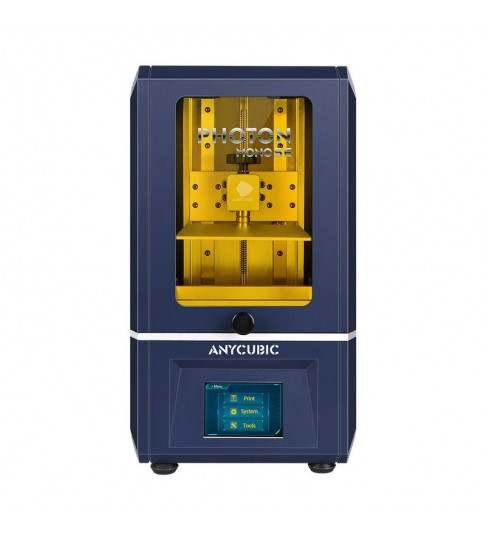 The printer comes in a cardboard box with foam rubber inside to protect the device during transportation. 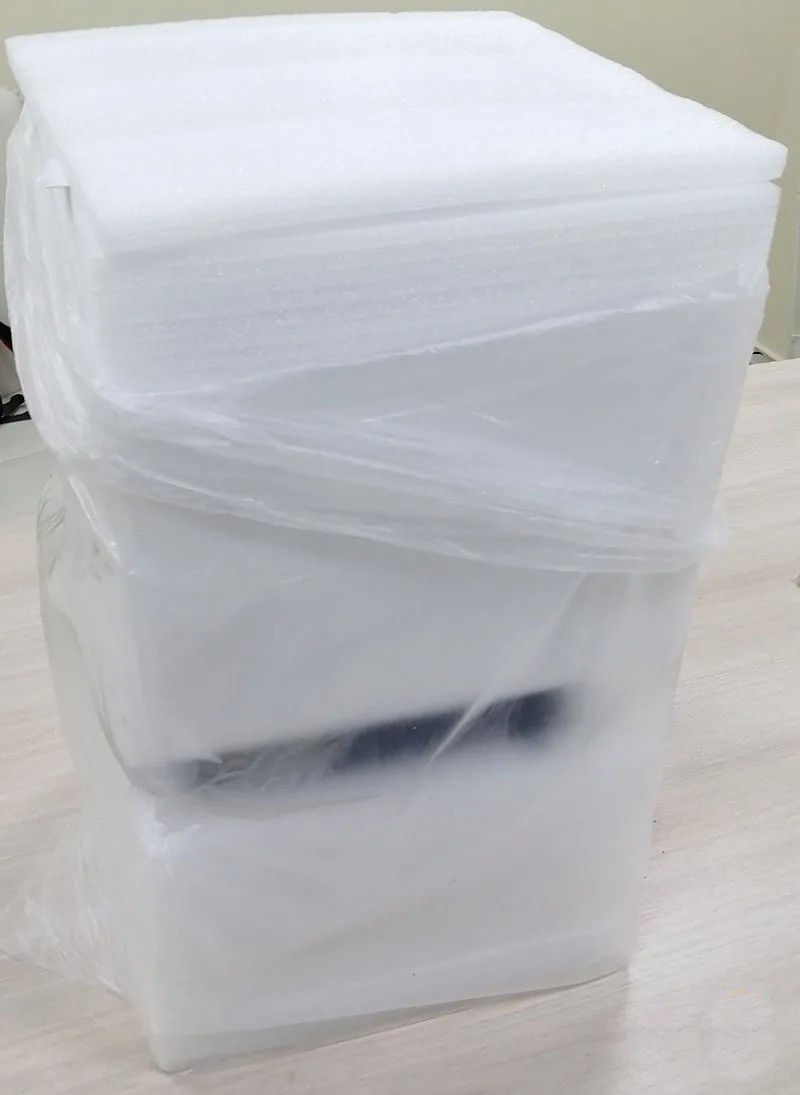 Apart from the printer with the build plate and the resin vat, the package includes the following items: 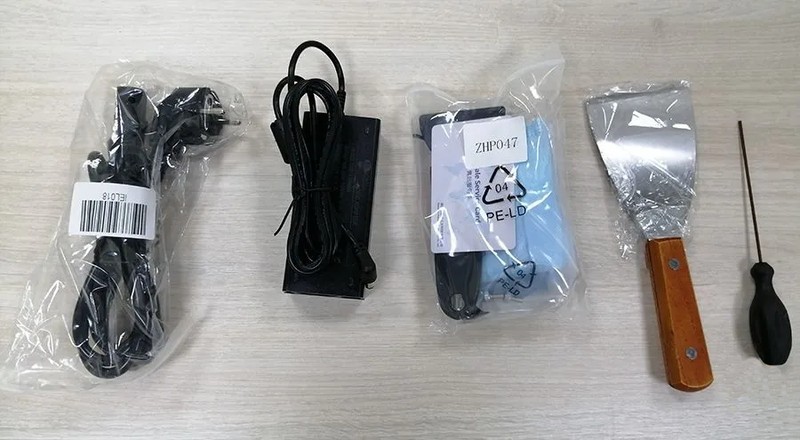 Unlike the other models in the lineup, the Mono SE has a fully enclosed steel sheet frame. The build area is accessed through an openable door. The printer uses two linear rails. This completely eliminates the possibility of changing the position of the bed relative to the screen during the printing process. 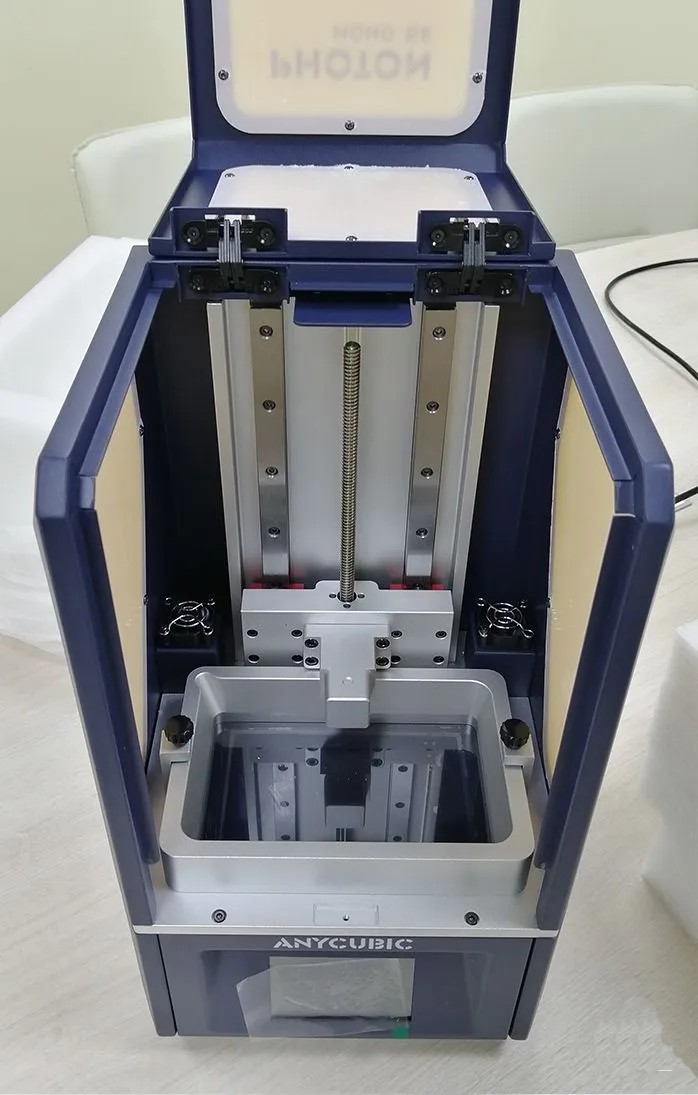 The door is fastened with plastic hinges that allow it to be folded onto the upper frame element. 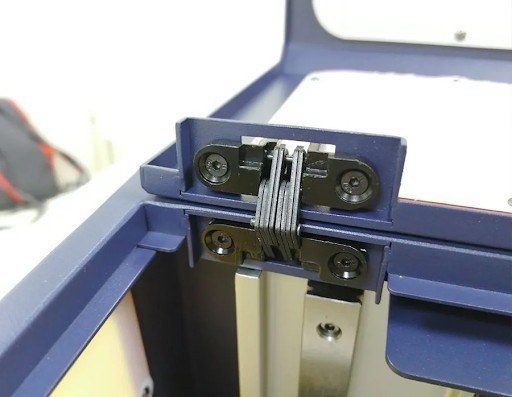 Fixation of the door in the closed position is ensured with a magnet on the lower part of the frame. 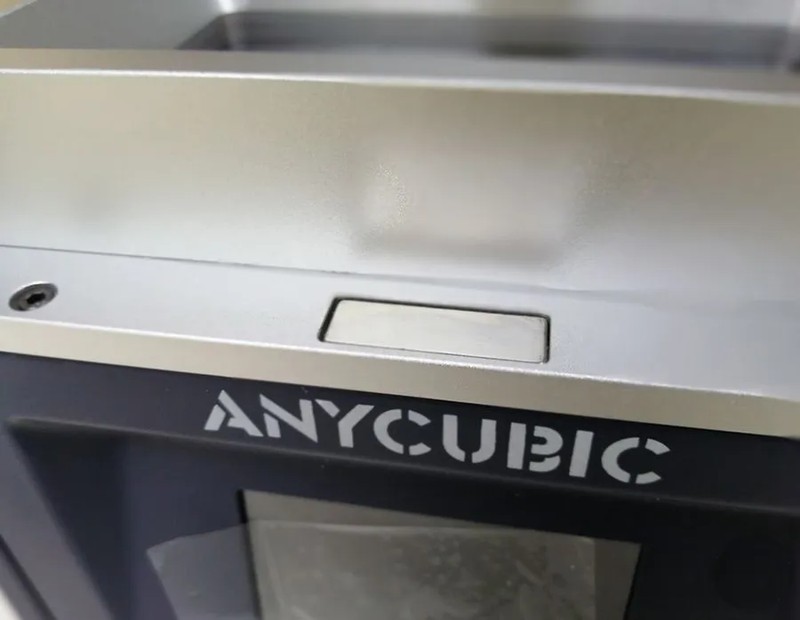 Another modification is the presence of a built-in carbon filter, which makes it safe to use the device in small spaces. For its operation, two small fans are located inside the working area. The printer also features a cooling fan for the LED matrix, increasing the lifetime of the LEDs. 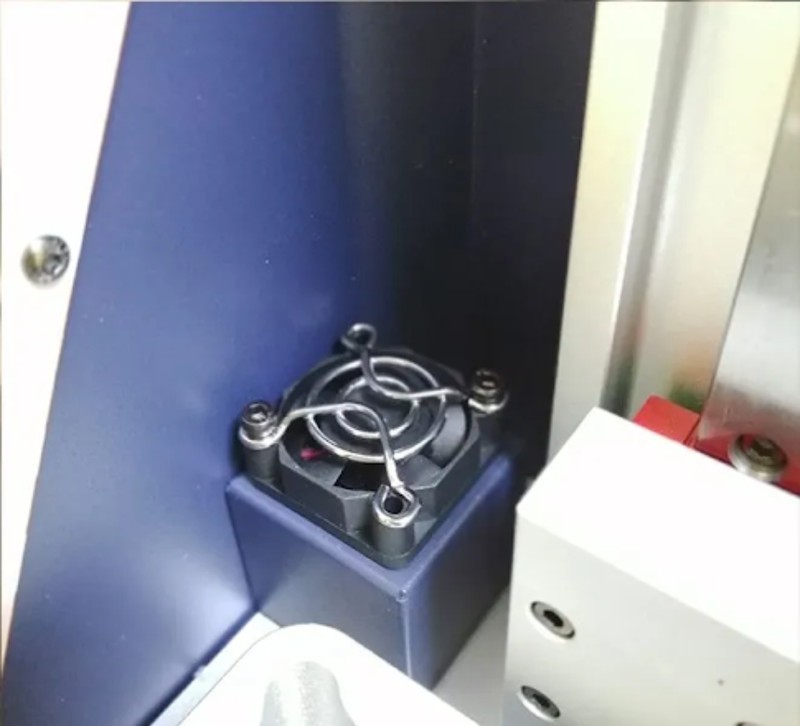 On the right side of the device, there is a USB port and a power switch. 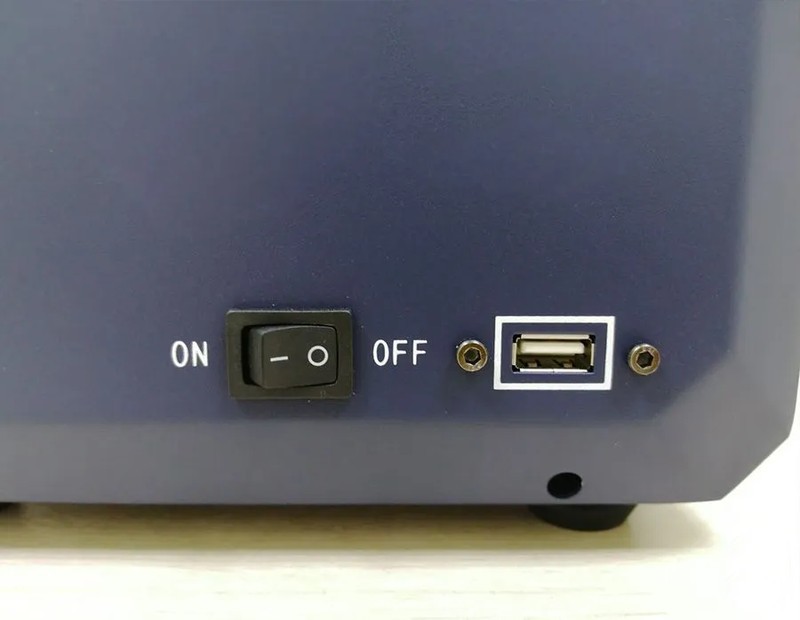 The backside of the printer also has a power plug, air vents, and a connector for an external Wi-Fi antenna. The latter is necessary since the all-metal frame attenuates the signal, so the antenna cannot be placed inside. 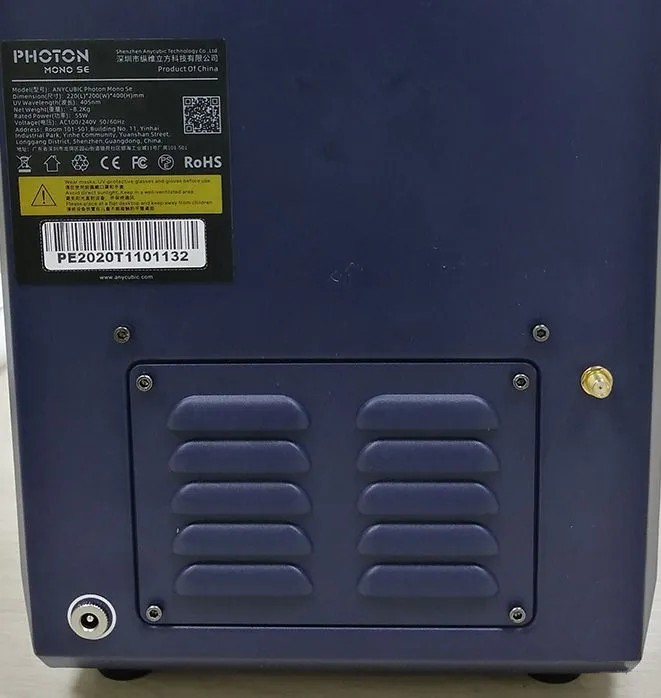 Like its predecessor, the Photon Mono SE features a 6" LCD screen with a resolution of 2560 x 1620 (2K), which makes it possible to produce models with excellent precision comparable to industrial injection molding technology.

An unexpected update is an all-metal vat instead of a plastic one. This makes for greater reliability, but now there is no convenient scale on one of the edges. Yet, the cutout for draining the resin is still there. 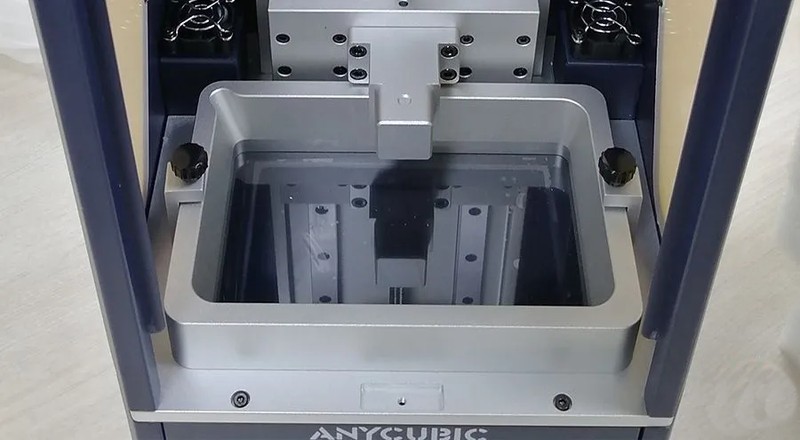 In addition to the standard display to perform all the necessary manipulations with the printer, there is one more control method — a Wi-Fi connection. However, this solution is intended rather for studios and industries, because to connect a smartphone to the printer, you have to “register” it in the local network via a modem, and only then, when you connect the smartphone to the same modem, can you operate the device. The functionality of the app enables you to start printing a model already recorded on a USB flash drive inserted into the printer. Also, there are some slicing parameters to be adjusted via Wi-Fi.

Comparison with the Anycubic Photon Mono

Not to mention the upgrades already described, there are two main features that make the SE model superior to the Photon Mono. First, it is a strengthened body, which allows securely carrying the printer without additional packaging. Secondly, the printer boasts a significantly increased print speed, making it possible to print a greater number of models within the same period of time. It is these improvements that totally make up for the difference in price.

Below you can see an example of printing with the Anycubic Photon Mono SE at the maximum declared speed. 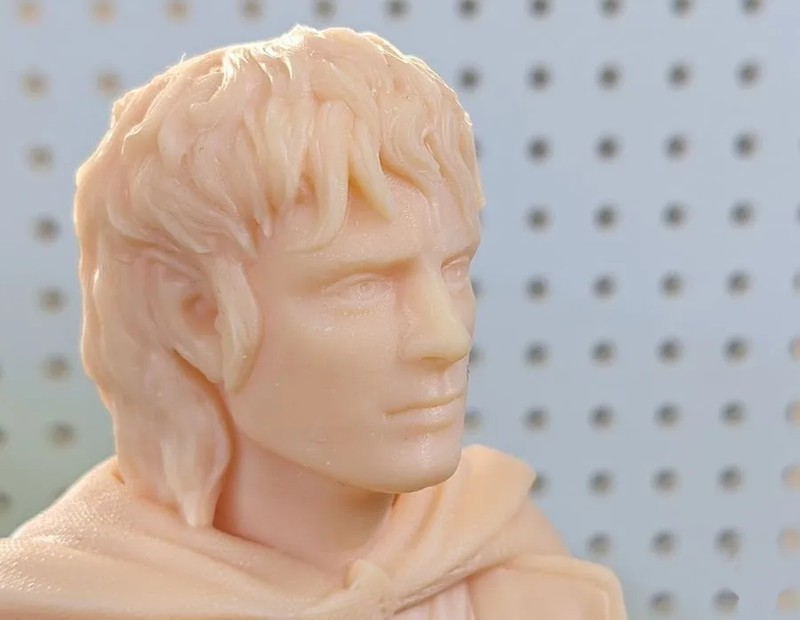 If you are interested in finer printing, for example, the creation of figures for board games or the production of jewelry blanks, the following sample perfectly demonstrates the high accuracy of this device. 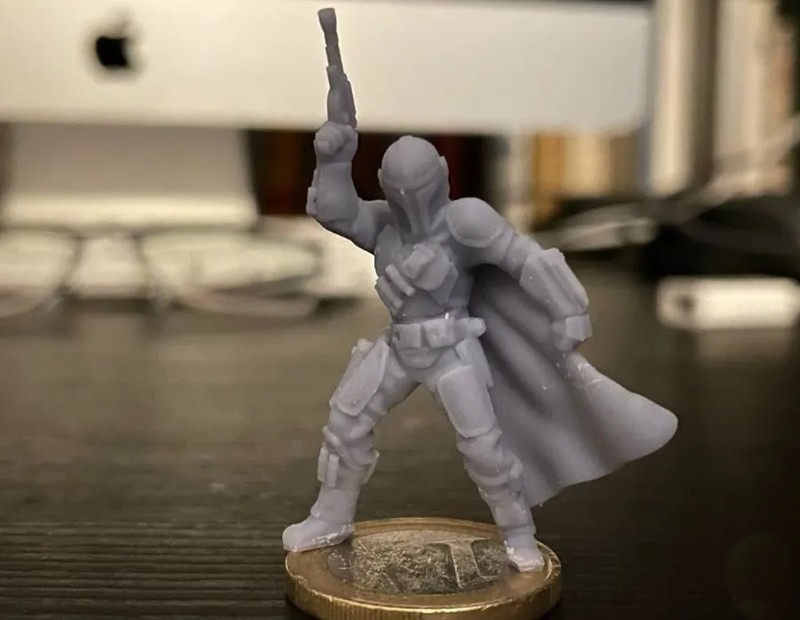 Although the design of the Anycubic Photon Mono SE is very different from its predecessor, not only does it retain all of its advantages but offers a significantly increased printing speed. The rigid frame adds strength to the whole structure, and the use of a door instead of a large removable lid makes the printer even more compact. Another advantage is the support of Wi-Fi, which in turn increases usability. This function will especially come in handy when using several printers in the same room. As a result, taking into account all the features of this printer, it can be placed in three categories at once — home, business, and education. 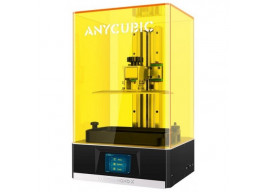 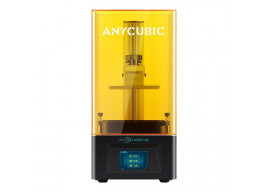 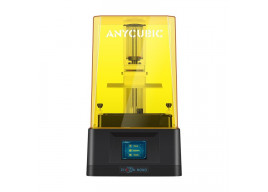 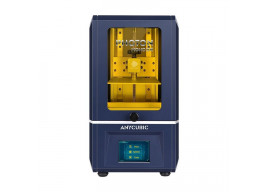