First released in 2018, the Anycubic Photon is a resin 3D printer that was extremely successful due to its relatively low price and high quality of printing. It was among the first LCD 3D printers that were cheap in a world where the majority of the devices with the same technology cost more than $1,000.

The updated version called the Photon S was released at the beginning of 2019. It’s now sold alongside the original one, and while there are many similarities between the machines, the update still has its differences.

This article will cover the main differences between the devices. 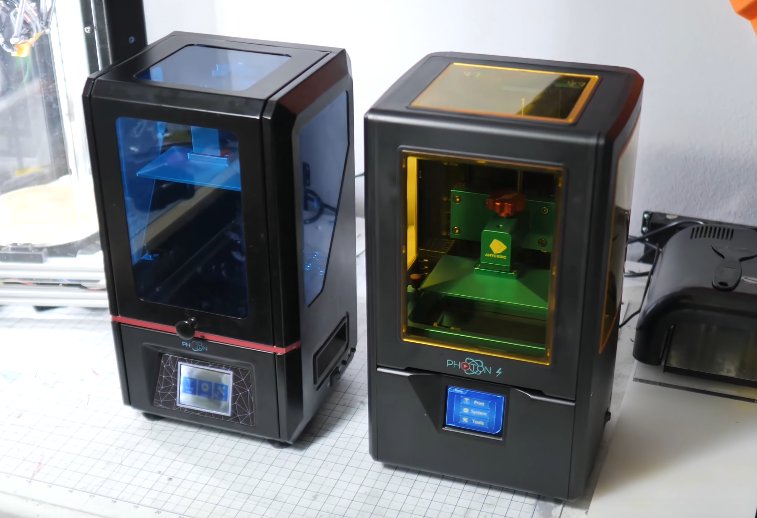 The Anycubic Photon (left) and the Photon S (right) both sitting on a desk. 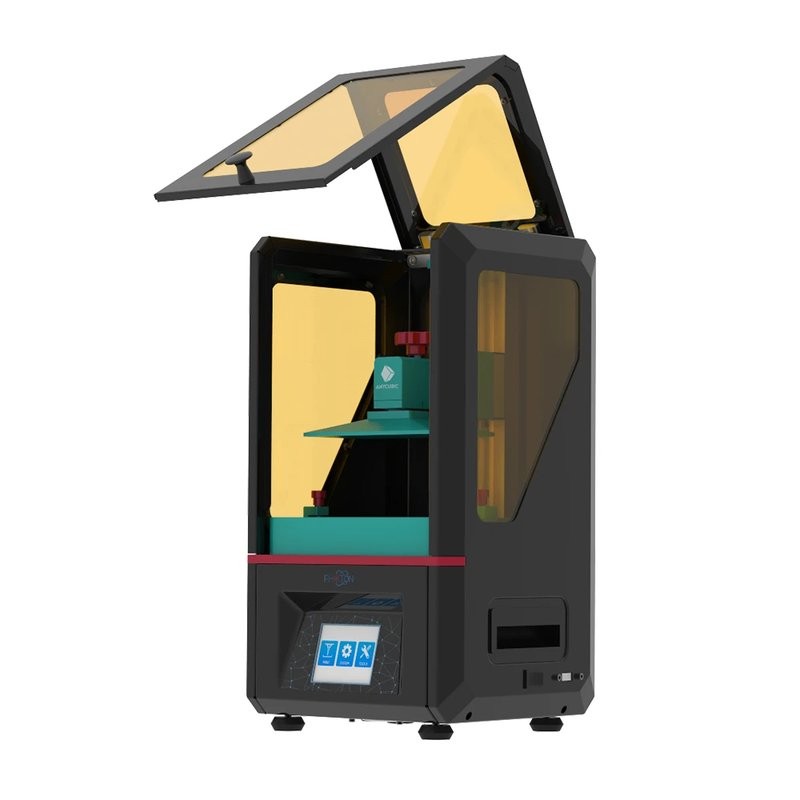 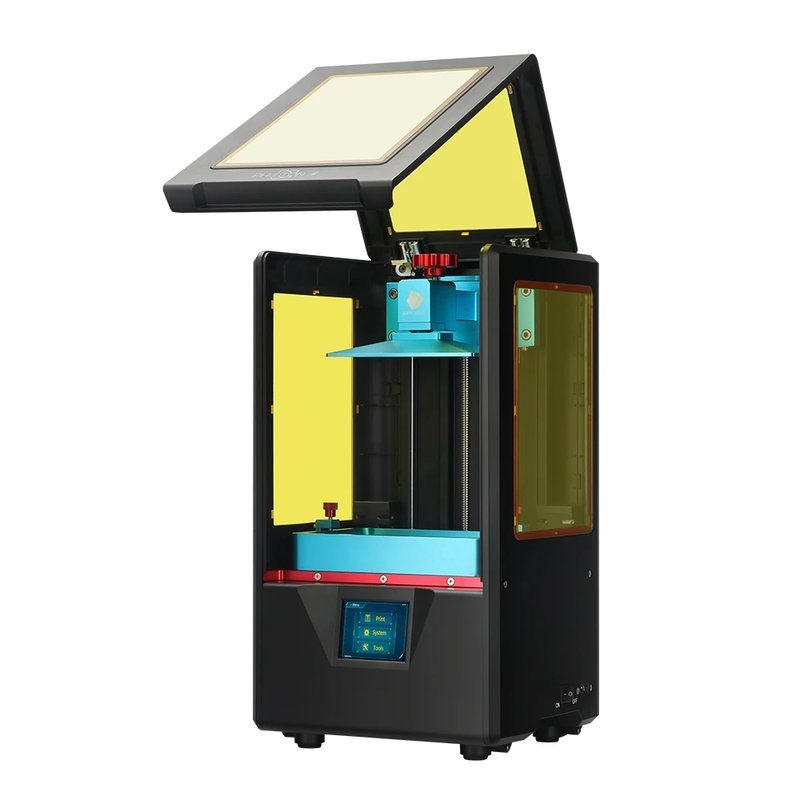 The printers look nearly identical at first glance. The most noticeable difference is the plastic case of the Photon S (the original had a metal one). It’s probably done to prevent the newer 3D printer from being much more expensive than the original (it already costs more). The older regular Photon looks better and more rigid, but the newer one weighs less. It’s also worth mentioning that the Photon S is available in 2 colors: black and white (compared to the black of the older Photon).

Another noticeable difference is that that the newer 3D printer has bigger windows on all of the sides. Moreover, the windows of the S are blue-amber (instead of blue plexiglass of the regular Photon), which prevents the environmental light from affecting the resin.

If we’re going to talk about less noticeable changes, there are some as well. For example, the lid’s handle was removed, now a recessed area on the lower part of the lid has to be used.
On the sides of the original Photon, there were recessed areas that were useful for handling the device when moving. But now they’re gone.

The touchscreen is located at the same place but is not angled anymore, but more about it later.

The vents and ports of the Photon S in a white case.

Built-wise, the most important updates that the Photon S boasts is a dual Z-axis linear rail. It eliminates the Z-wobble and gaps which were the sources of many complaints about the original device. Doubling down on the more rigid construction was a great choice by the manufacturer. Not only does it get rid of the wobble, it also makes printing more precise, especially when working with small parts. There’s also an optical endstop installed on the Z-axis. 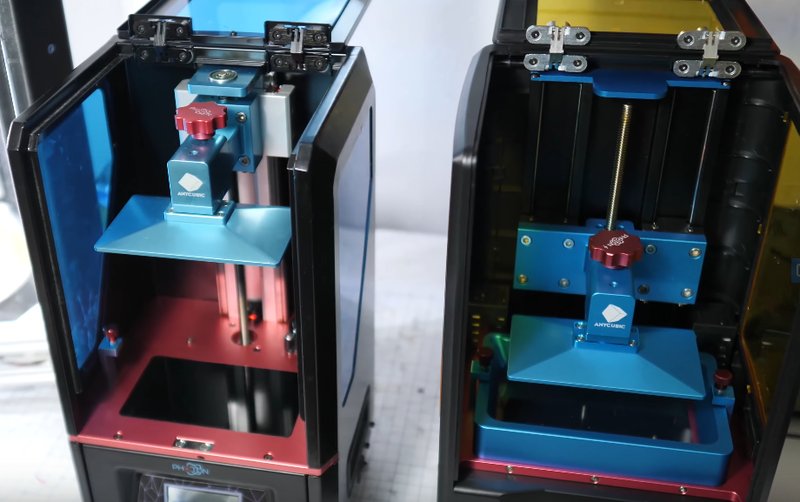 A closer look at the Z-axis construction of the Anycubic Photon (left) and the Photon S (right).

Another useful upgrade is the build volume being slightly larger (by 10 mm on the Z-axis): it’s 115 x 65 x 165 mm on the Photon S. It’s not a huge improvement but still a nice addition. 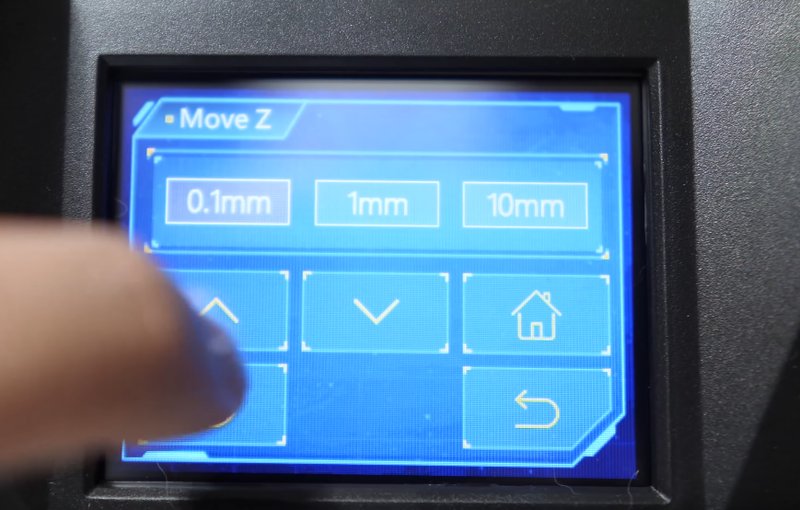 A closer look at the touchscreen and interface of the S version.

The Photon S also got a new touchscreen, located at the bottom. The users had some complaints about the display of the previous version (sometimes it wouldn’t work or refused to function without the USB connection). Although the problems were rare, Anycubic took the complaints seriously, eliminating the bugs and upgrading the whole touchscreen.

The interface is now more modern and nice-looking, although there weren’t any added functions or serious changes in this department. 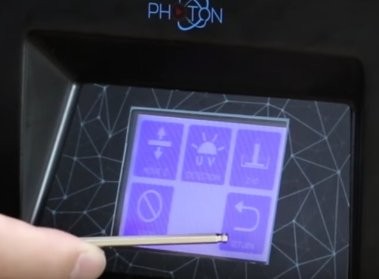 A display of the original Anycubic Photon.

It’s also interesting to note that the touchscreen of the Photon used to be angled and recessed, while in the Photon S the display is located right under the lid and isn’t significantly angled. Some people would prefer the older solution, while others would like the new one. It’s hard to tell which is better since it’s up to the individual preference.

Resin vat is made of anodized aluminum on both of the models.

But the print bed is now textured on the Photon S, which provides better adhesion.

The Photon S utilizes 2 activated carbon air filters, instead of one of the older Photon. They are better at cleaning the air from harmful fumes and getting rid of the resin smell, although it’s still not perfect. 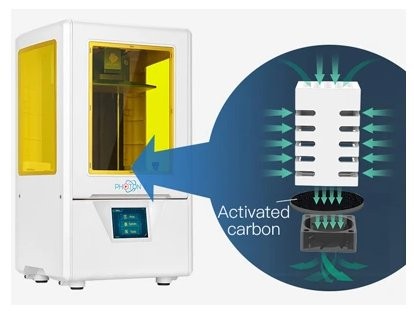 This is another important update. There is a lens under each LED in the Photon S, while the older Photon had only one lens per 4 diodes. They are now more powerful by 10 W. The accuracy is the same, according to the manufacturer but the light is now more evenly distributed. The cure times are also slightly faster thanks to this new array. 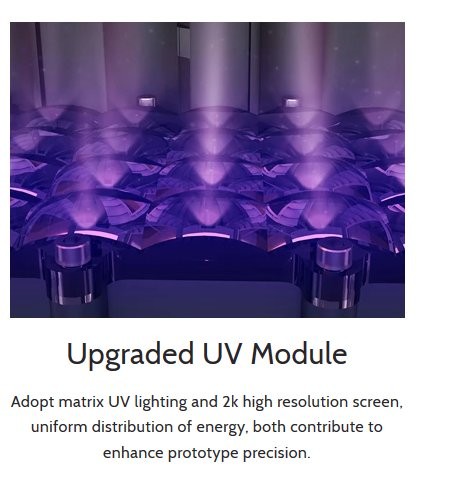 The Photon S is a logical and worthy successor of the original Photon. Many problems that were the sources of the complaints are now fixed, thanks to the fact that Anycubic has listened to their users. While the list of the hardware upgrades is not long, those are still significant changes. A dual-rail, slightly different design and a newer UV source have been the most noticeable of them. While using the Photon S, it’s easy to notice the improvements in its speed, quality, and many convenient little things, including the newer touchscreen, double air filter, and a slightly bigger build volume. The only thing that is superior in the older version is the metal case: unfortunately, the new Photon S has a plastic one. It doesn’t affect the print quality, but the newer construction looks less interesting and rigid.

All in all, the Photon S feels like a more thought-of device.

Whether the slight price increase is worth all of the updates is up to a potential user.