Over the past few years, the additive manufacturing market has been oversaturated with budget-friendly FDM printers, making it difficult to choose between dozens of manufacturers and hundreds of models. First of all, choosing such equipment becomes quite challenging for those new to 3D printing. Yet, some favorites of the market have formed. One of them is the Anycubic company, which earned recognition from users all over the world.

Among budget FDM printers, Anycubic has released four similar models that are nevertheless unique in their own way. These are i3 Mega, Mega S, Mega Zero, and Mega X.

The Anycubic Mega lineup emerged with the release of the first i3 Mega model in 2017. Just after that, the manufacturer presented an upgraded version — the Anycubic Mega S — with the same look and build volume but also with some additions. It is noteworthy that the Mega S was ranked as the best budget FDM printer in many ratings for a couple of years.

At the end of 2019, the company released two more models — the Mega Zero and the Mega X. The Mega Zero model features a slightly larger build volume compared to its predecessors, at an even better cost to compete with the Creality Ender 3 printer.

The Mega X in turn became the largest 3D printer in the lineup, boasting a huge build area. On the other hand, it costs almost twice as much as previous models.

All the printers of the Mega series have certain pros and cons. At first glance, it is not easy to find any differences between them, but they do exist. Read on to learn what they are.

One of the main benefits of the Anycubic Mega S 3D Printer is the unique heated Ultrabase platform, which improves adhesion and makes it easier to remove a model after the work is completed. No matter how many analogs have been released, the original Ultrabase remains the favorite of many 3D makers. 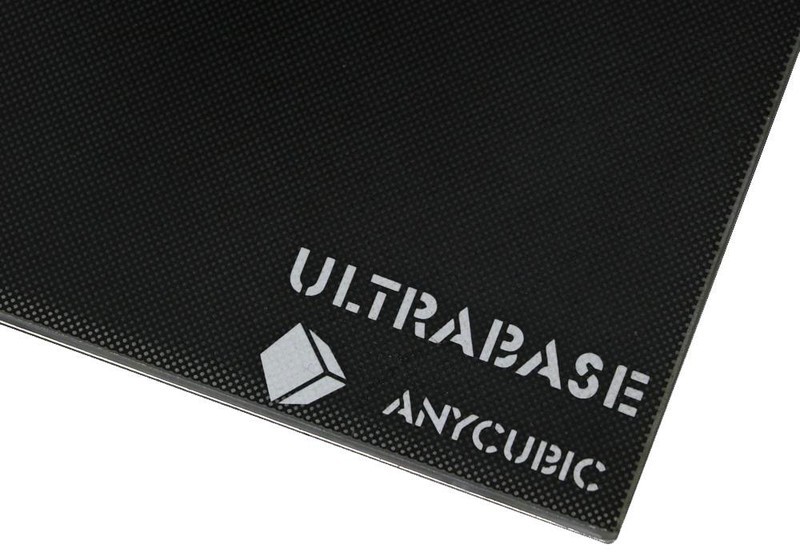 The Anycubic Mega S has a classic design and a solid all-metal frame; the build volume remains the same as in the first version — 210 x 210 x 205 mm. The Mega S base unit is equipped with a color touch screen, resume printing function, and a filament runout sensor.

The most significant change from the predecessor is the redesigned extruder, which made it compatible with flexible filaments like TPU. The rest of the changes are more cosmetic in nature. Anycubic added a hanging spool holder and repositioned the filament sensor to improve overall usability. 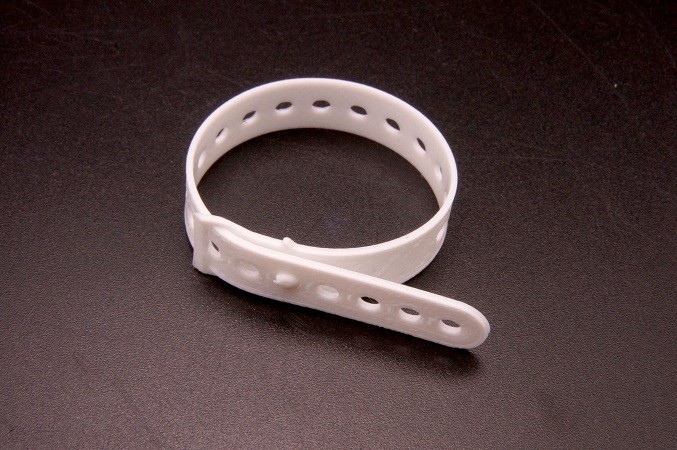 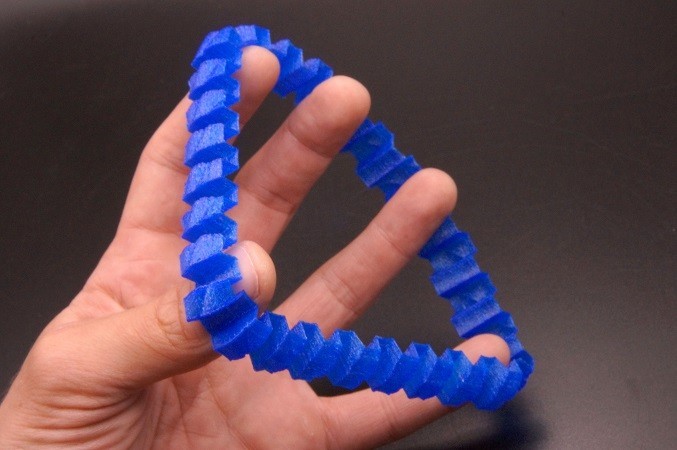 Read the full review of the printer to learn more about the Anycubic Mega S. 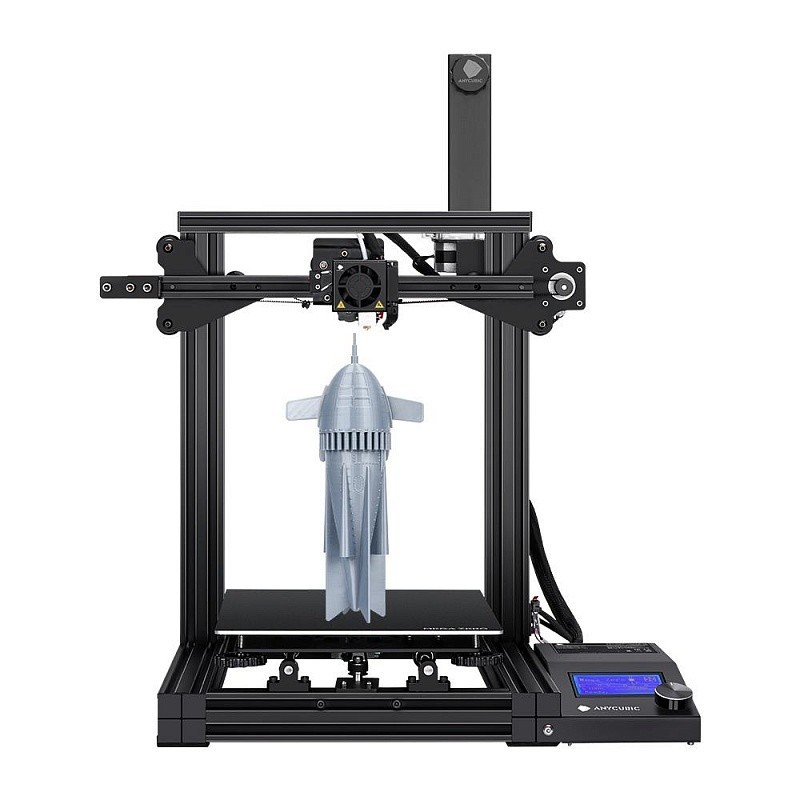 The Anycubic Mega Zero shares many similarities with its predecessors in the Mega series, including the aluminum frame, resume printing function, and filament runout sensor. One of the main differences from the Mega S is the price. The Mega Zero costs only $169.00. This makes it the most affordable model in the lineup; furthermore, it has a larger build volume. But with the affordability comes the loss of some features.

The Mega Zero does not have an Ultrabase print bed or any heated one at all. Instead, it is equipped with a metal plate. And while Anycubic claims that the printer is suitable for materials such as PETG or TPU, it would be difficult to print temperature-sensitive filaments without a heated bed. 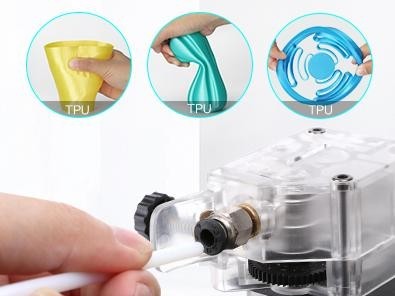 However, the Mega Zero model offers some improvements, including the Double Gear extrusion mechanism. According to the manufacturer, it will ensure stronger torque and smoother extrusion, which means the printer must really be compatible with flexible filaments.

Another design improvement should help with bed leveling. The Mega Zero is equipped with large knobs and a function for determining the corners of the build plate.

More information about the Anycubic Mega Zero can be found in thid article. 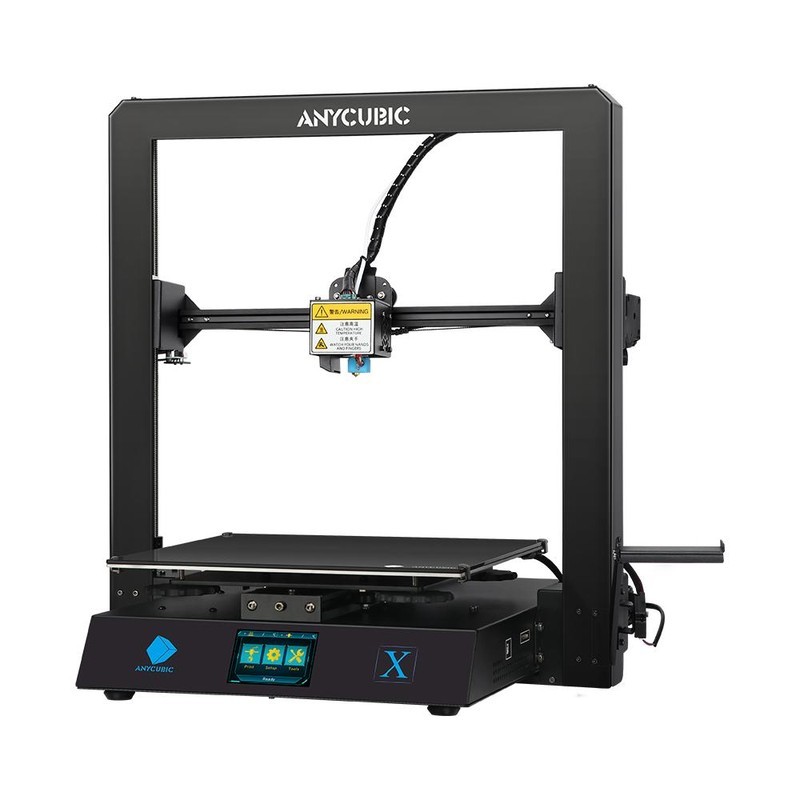 The Anycubic Mega X is the largest 3D printer in the series: it has a build volume of 300 x 300 x 305 mm. This significantly increases the capacity of the device for application in various fields. 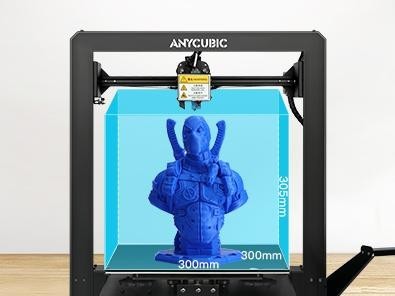 The Mega X comes with a pre-assembled Ultrabase print bed, a double-screw X-axis design, and a dual linear Y-axis guide. A rare feature for the product of this price segment is the use of dual Z-axis, which minimizes the possibility of errors during printing. In addition, the all-metal frame and sturdy chassis significantly contribute to consistent print quality.

Like most of the other printers in this lineup, the Mega X features a 3.5-inch color touch screen, filament runout sensor, and a powerful Bowden-driven extruder. The spool holder is mounted at the bottom of the side, which takes some load off the frame where the holders are usually installed but causes the filament to turn upside down. The Mega X borrowed large screws from the Mega Zero for easy bed leveling.

Learn more about the Anycubic Mega X from the complete review.

The Mega Zero 3D printer is a great option for beginners who want to plunge into the world of 3D printing at a minimal cost. It is also excellent as an inexpensive second 3D printer, but if you want to print with materials such as ABS or TPU, it makes sense to opt for models with a heated print bed.

More advanced users who need better performance and the ability to work with various filaments should consider acquiring the Mega S or the Mega X.

If the price is not the main selection criterion and you would like to print large-size models with a heated bed, the choice is obvious: it is the Mega X. Of all affordable 3D printers, the Mega X boasts all the qualities that make it possible to get the most out of 3D printing.

Ultimately, it all comes down to which features and capabilities are more important for solving your tasks.