SketchUp is very popular and its functionality is amazing. But it costs money, so many people want to know if there exists a free version. But asking this question directly is much more simple than providing an answer.

Well, the free version of SketchUp exists, but there are certain points worth addressing.

SketchUp is a commercial 3D modeling CAD software developed by Trimble. The range of its abilities is extremely wide, the software is very popular and the community as well as the amount of available plugins for SketchUp are impressive.

It’s a very powerful 3D modeling software. It also manages to be rather intuitive and beginner-friendly. You can learn the basics quickly and print your first model within hours after downloading SketchUp. The aforementioned plug-in system is impressive and significantly extends its functional. Some extensions make organic modeling more efficient, the others make 2D editing tools more powerful (although the native 2D tools are already quite advanced compared to many other CAD programs). These features make the software a very versatile tool used across the whole industry — from architecture and mechanical engineering to landscape and interior design, from designing simple 3D printable models to creating 3D models for video games. So there’s nothing surprising about the full version (SketchUp Pro or SketchUp Studio) being expensive and based on a subscription model.

But there are good news. First, there is a fully functional trial version that allows you to test SketchUp before buying it. Then, the full version is available to students for free. And last, but not least, there’s SketchUp Free – a limited cloud-based version that is completely free.

In this article,  we will briefly talk about versions of SketchUp and provide a detailed list of free alternatives available on the market.

Free and discounted versions of SketchUp

Can be downloaded directly from the SketchUp website. The trial lasts 30-days and the version is fully functional. All that’s needed is to choose your field of operation in the window (as seen in the picture above). 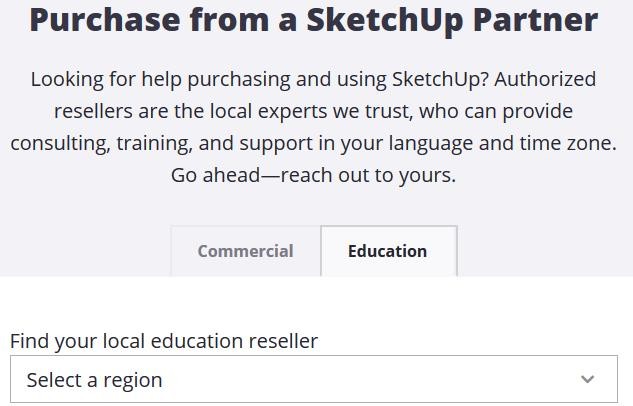 This version is not technically free but comes with the discount (that depends on your region). It’s available only for educational purposes (for students and teachers), hence the name. The discount is usually around 10% but it varies.

It can be downloaded here. 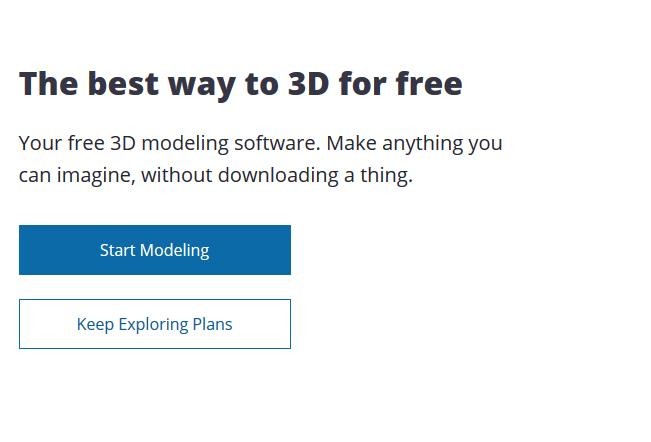 SketchUp Free itself might as well be one of the best alternatives to buying the full version. It’s limited compared to the paid software and is web-based (you only need a browser to access it and computations run in the cloud). To get it the only thing you need would be going to the website.

We will talk about the main difference between SketchUp Free and the full paid version below:

The Pro Version vs SketchUp Free

The core tools and interface are virtually the same. But there are many significant and not so important differences between the programs.

Features and capabilities of SketchUp

As we already mentioned, the software is very powerful. There is a Trimble Connect platform that allows you to upload and share projects and simplifies collaborative work (although you can’t interact in the same CAD workspace from multiple computers but your team, for example, can work on different components of the project separately and share the progress in the cloud). 10GB of cloud space per user is available on all SketchUp’s versions.

The plug-in system can significantly increase the program’s abilities. Many different extensions can be downloaded and installed directly from the Extension Warehouse

One of the most useful examples for 3D printing enthusiasts and professionals would be the SketchUp STL plugin. It allows import and export of STL files, which can be later loaded into a slicer. STL is the standard of 3D printing file formats, so its importance can’t be ignored.

There are free alternatives to SketchUp that can also help in case you decide that SketchUp is not for you for one reason or another (for example, you find SketchUp Free too limited or don’t want to pay for the full one) 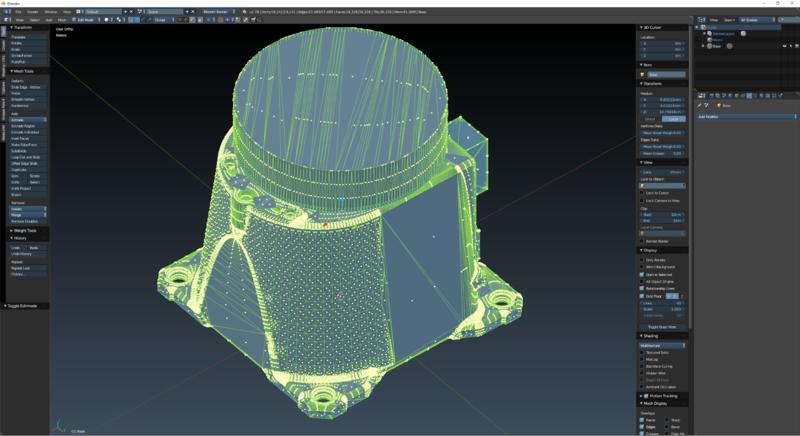 Blender might be a good free alternative to SketchUp for experienced users and professionals. The functionality is insanely wide: the software is used for variety of things in different sectors of the 3D printing industry. It’s also popular among 3D graphic designers, being probably the only free and open source 3D editing software with this level of power and flexibility.

There are caveats, of course. Blender might be free, but there’s a price to be paid: your time and the learning curve. The interface is complicated (though new versions are slowly becoming more user-friendly in this department), so the beginners and those who are used to other pieces of CAD software (such as SketchUp) might find it difficult to learn. But it’s worth it: 3D design capabilities are matched only by expensive competitor’s software and the plug-in system is comparable if not superior to the one used in SketchUp.

Check out this tutorial to get acquainted with Blender: 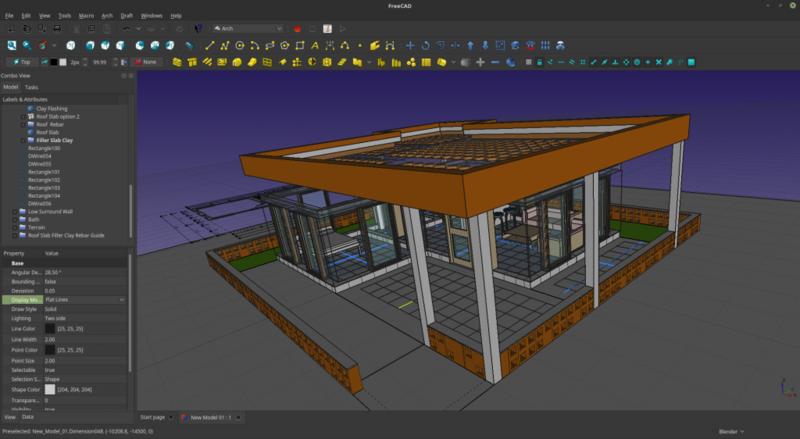 FreeCad is another good alternative to SketchUp. It’s free, open source and cross-platform. The community around it is alive and active. The documentation is also pretty informative.The software is quite modular: the plug-in system is comparable to that of SketchUP, additional workbenches can be downloaded directly from github. It uses parametric modeling for designing objects (mostly real-life ones, at least that’s what the software is geared towards). Its 2D tools are also very advanced: there’s the Sketcher feature for working with 2D shapes. G-code can be displayed and adjusted right in the software. There are also many other cutting-edge features such as Finite Element Analysis (FEA) tools and support for many different file formats.

The interface is not as complicated as the one used in Blender and while it might take some time to get used to it after SketchUp, it’s still a worthy alternative, if not the best one.

If you’ve never tried using FreeCAD before, check out this video: 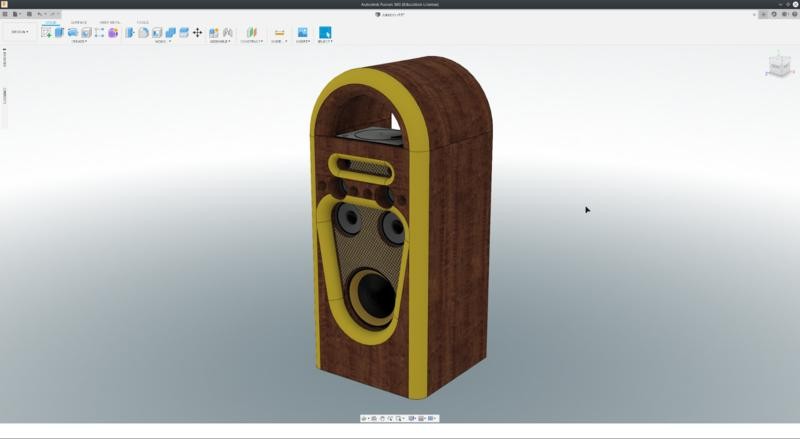 Fusion 360 developed by Autodesk is not technically free but there are free versions available (similarly to SketchUp). You can get it for free if you use it non-commercially or if your startup makes less than $100.000 a year. Students can also get it for free – there’s an Educational three-year license.

The software is sophisticated and full of features: organic modeling, parametric tools, mesh analytics, animation tools. STL and OBJ files are natively supported, as well as tens of others. You can also simulate the process of making the models using the Motion Study feature. The software makes solid modeling as simple as it gets, and the history timeline feature makes it even easier. The rendering capabilities are quite advanced: you can render your works in a very high quality. You can also create a technical 2D drawing from your 3D model.

The UI is intuitive and simple, the cloud-based features are impressive and the software is recommended for both beginners (although there will be some learning involved) and intermediate/experienced users. So switching from SketchUp will not be a problem.

As a bonus: everything is saved in a cloud and sharing everything or using the software from multiple computers is as easy as it gets.

Although this software is really easy to use, absolute beginners might still need help getting used to it: 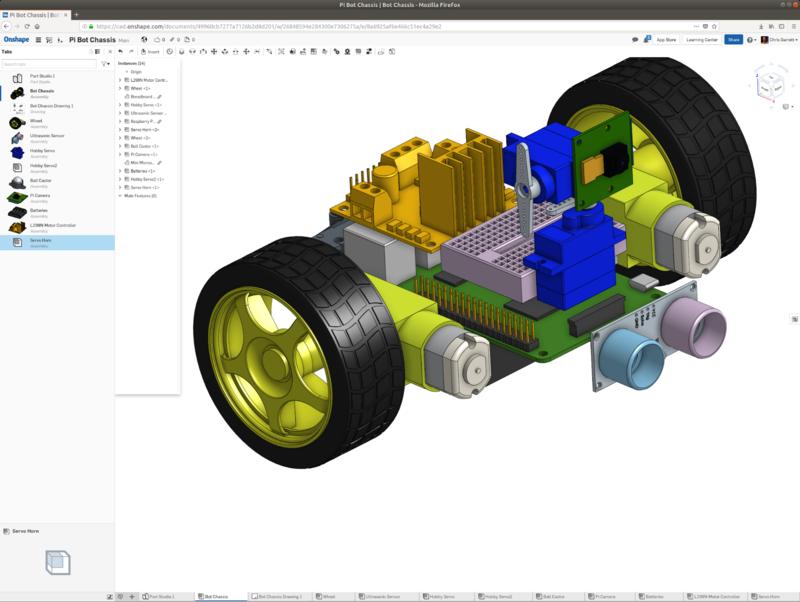 Onshape initially costs money, but this web-based enterprise-grade software is available for free for education and non-commercial open source projects. Being delivered over the cloud and operated in browser, it can be used anywhere, anytime from any operating system (even mobile ones). It’s great for team projects since there’s a collaborative mode which gives several people access to the same CAD workspace and data.

Since it’s an enterprise-grade software, the functionality is extensive: you can create 2D technical drawings using 2D sketcher, work in sheet metal flat pattern, use kinematic and dynamic analysis and direct modeling tools. Despite running in a browser, the software isn’t significantly slower than a typical desktop CAD. The team also worked hard to make their WebGL rendering engine, and the efforts paid off.

There are several video tutorials and and public 3D models available on the website, so new users won’t be overwhelmed by the functionality.

There’s an option to use hotkeys from other programs which can be handy for those switching from SketchUp (or any other CAD).

Smartphones and tablets support is a killer feature of this CAD. The free mobile apps are fully functional and allow you to work without any limits. The app is available for both Android and iOS. 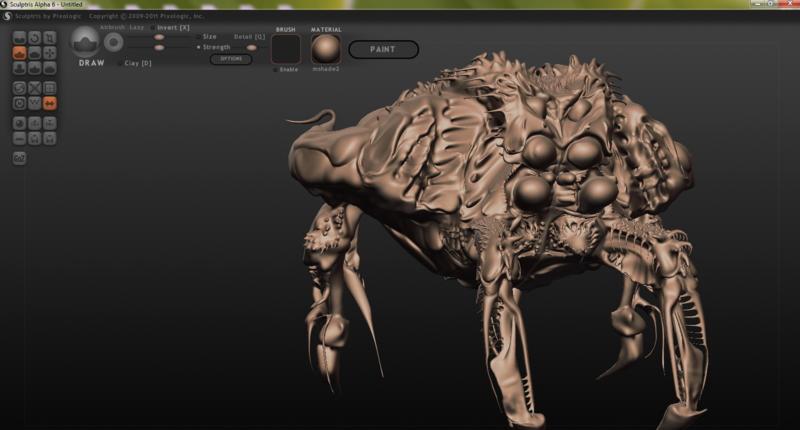 Sculptris might technically be a free, simplified and limited version of Zbrush developed by Pixologic. As you can guess by its name, it’s mostly focused on sculpting 3D figurines and models of statues for 3D printing. The software’s interface is very user friendly so it might be suited even for beginner-level users willing to learn about and explore the world of 3D sculpting. The functionality is great: there’s a 2D sketcher with a pressure sensitivity settings for those who use styluses and drawing tablets, OBJ format support (STL files aren’t natively supported), dynamic tessellation and a symmetry mode.

So despite being intuitive and beginner friendly, the software offers some advanced featuresб and for those willing to buy for Zbrush it might be a good free getaway. It’s a good alternative to SketchUp but the program’s focused on sculpting, so it’s not for everybody. 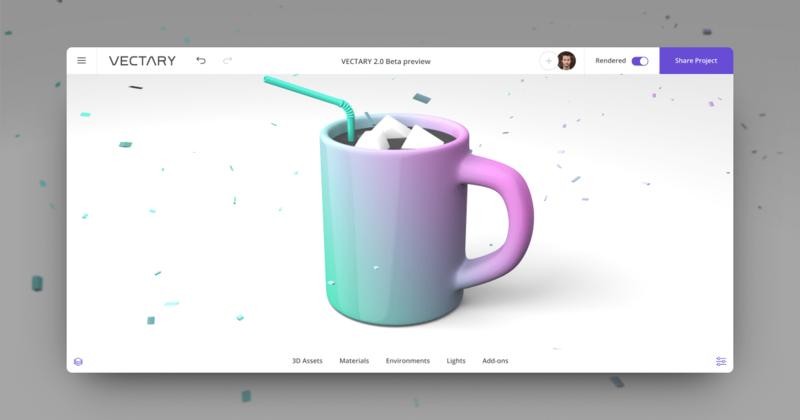 Vectary is another web-based CAD software with a free version. The latter is rather limited but still can be useful: it doesn’t support exporting your personal projects (the maximum amount of which has been reduced to three). There’s also an educational version for students which doesn’t have aforementioned limits. Vectary’s interface is impressive and the range of its abilities is wide: parametric modeling, mesh sliders, advanced renderer, the ability to make AR and VR models with ease and a library of assets.

The program is geared towards designers, so engineers might find the functionality or intuitiveness lacking. Being cloud-based, it simplifies sharing the models and working as a team. There’s a community around it, and the online platform has many templates and works by other modellers that can inspire new users. There are also social network sharing features.

The interface is worth noting as very intuitive (it works on a drag-and-drop basis) and nice looking. We can recommend Vectary as a good alternative to SketchUp, especially for people without significant 3D design experience.