Ultimaker Cura is one of the most popular 3D printing software solutions trusted by millions of users all around the globe. The slicer is highly regarded by the major players of the additive manufacturing market and is recommended to be used as a go-to software with a variety of 3D printers and frequently comes stock with them. 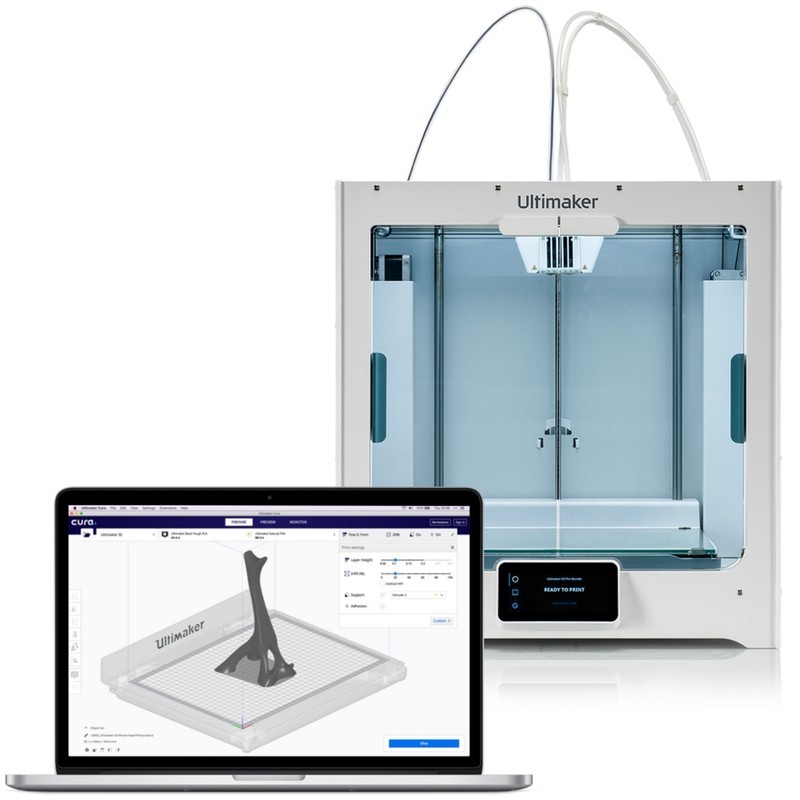 The main goal of this article is to find out the reason behind the software’s well-deserved popularity and highlight its pros and cons. Aside from giving a brief overview of the Ultimaker company history, the article will provide you with enough knowledge to decide whether the Ultimaker Cura is suitable for your application or not.

The company’s history began in 2011 when a trio of young and ambitious Dutch engineers designed and assembled their 3D printer in a home workshop. Siert Wijnia, Erik de Bruijn, and Martijn Elserman named the machine Ultimaker Original. In fact, this FDM-based DIY 3D printing kit lived up to its name and turned out to be a truly original creation.

One of the most peculiar features of the device is its laser-cut plywood frame. Aside from such an unpretentious design and a rather small footprint, this workhorse of a printer can build neatly-looking models at a minimum layer thickness of 20 microns. Equipped with a fully enclosed frame, Ultimaker Original can print with PLA, ABS, CPE, and a handful of other plastics. 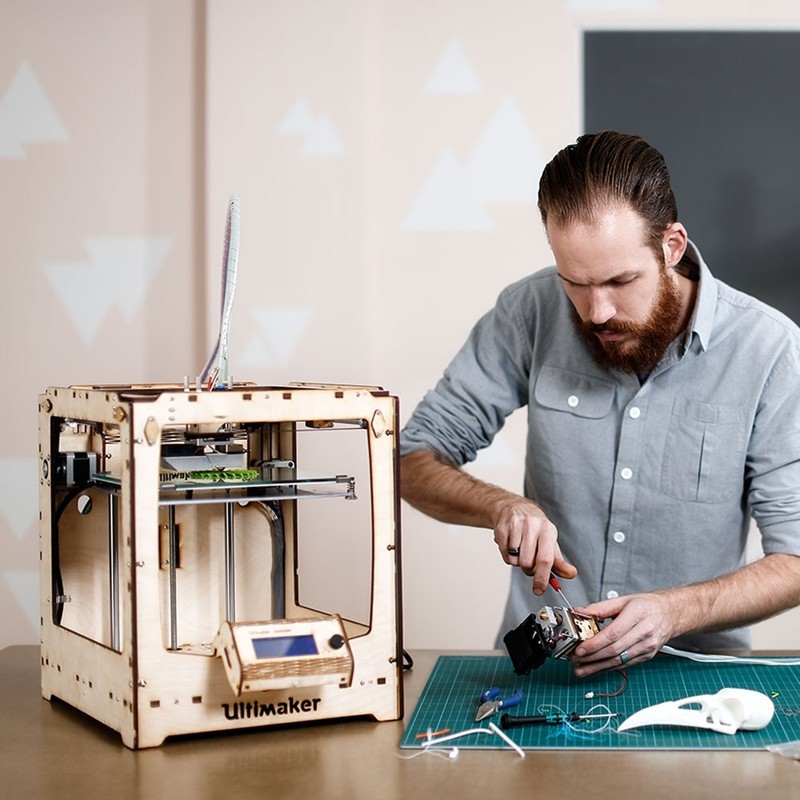 Since 2012, the company has been developing Ultimaker Cura — a proprietary open-source slicer that was installed onto more than a million computers three years after its release.

In a nutshell, the Ultimaker Cura is a completely free and easy-to-use slicer that generates G-code for 3D printers allowing you to edit and tinker with 3D models before printing. The Ultimaker Cura is distributed as open-source software and is compatible with almost any desktop 3D printer available on the market, including the ones that feature a dual extrusion system.

The software is compatible with .OBJ, .STL, .3MF, and .X3D file formats and can work with digital images in .GIF, .BMF, .PNG, and .JPG extensions. In 2017, the company introduced Cura Connect — a program that allowed Cura users to manage several 3D printers at once. The update made it even more accessible and demandable for prototyping, tooling, small batch production, and other related applications.

In November 2018, the company released Cura 3.6, an essential software update that made it compatible with most of the materials produced by major manufacturers such as DuPont, BASF, and Clariant. Less than a year later, the software has been updated to version 4.0, offering a variety of long-awaited UI and UX improvements for an even smoother 3D printing experience.

Taking pride in its community-driven approach, the Ultimaker team introduced the star rating system onto its Marketplace to help new users pick and install only the most useful community-created plugins that would help them at the beginning of their 3D printing journey. 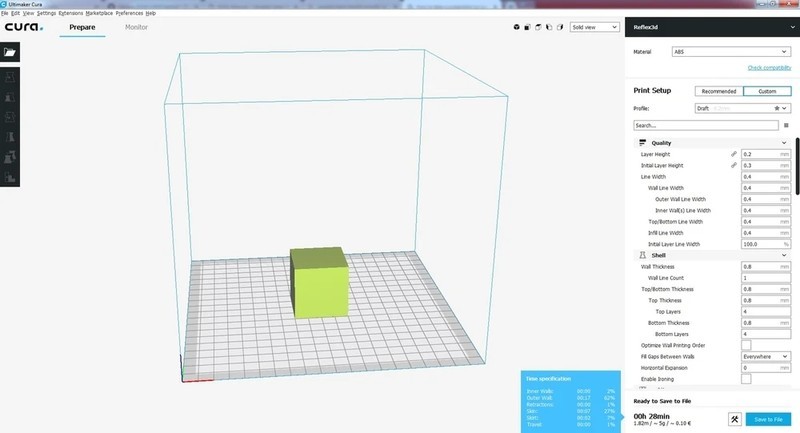 Convenience, consistency, and open-source code is what made Cura so popular and demandable by millions of 3D printing enthusiasts all around the world. Besides, there is a great deal of professional additive manufacturing companies like LulzBot, Intamsys, and SolidPrint that create their slicing software solutions based on Cura, which once again highlights its reliability and efficiency.

One of the most recent software updates brought a handful of quality of life improvements and additional settings that were aimed at fixing the slicer’s weakest link, namely, its ability to generate supports. To try out a bunch of all-new features in action, open the “Experimental settings” tab. Along with some parameters that let you create and edit tree supports, slicing tolerance, and draft shields, the software allows you to revise the infill optimization level depending on the overhangs’ height, resulting in reduced material consumption. 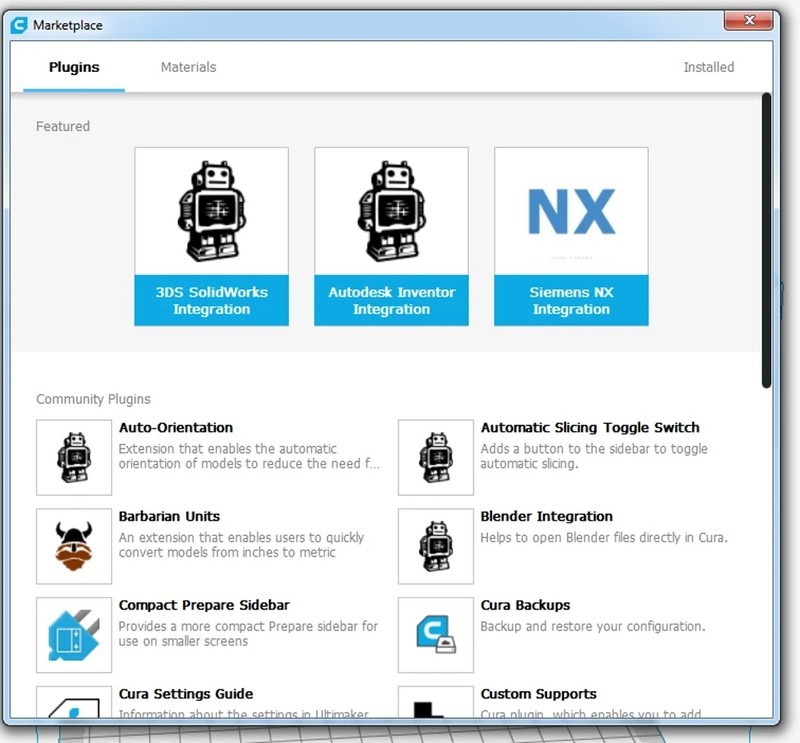 Compared to the majority of other slicers, the Ultimaker Cura renders 3D models at a noticeably slower pace. The software is highly dependent on the available RAM and is not recommended to be simultaneously used with other processes that may heavily load your operation system (e.g. video rendering). This particular problem is more likely to appear when the software is used on low-end devices.

All in all, the Ultimaker Cura would be a fine choice for almost any FDM 3D printer and would complement it perfectly. The software is extremely easy to use, making for a pleasant printing experience for both entry-level and more experienced makers. It is a powerful slicer that offers a wide materials choice and is compatible with most of the materials produced by major manufacturers

However, if you happen to be a professional looking for advanced 3D printing software for a highly specialized application or your enterprise, our recommendation would be to pick Simplify3D over Cura.