The majority of industrial and commercial 3D printers are aimed to provide impressive scalability, quality of printing, and speed. The latter is a very important feature, especially if the company or factory prioritizes rapid prototyping or mass production. Industrial 3D printers are usually incomparably faster than even high-end desktop ones.

The UNIZ zSLTV-23 is one of the fastest large-volume resin 3D printers in the world. But it’s not the end of its selling points: the device also offers an enormous build size and very high quality and accuracy of prints. 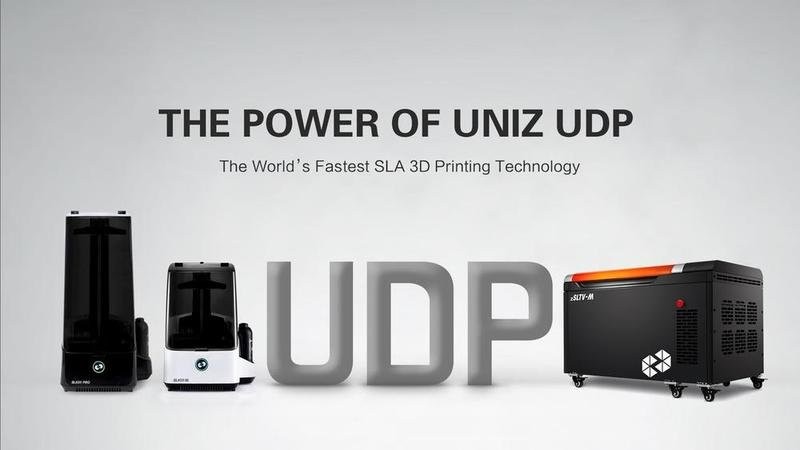 Based in San Diego, California, Uniz is a 3D printers manufacturer with a factory in China.  The company gained popularity and got successful after the release of its affordable desktop resin 3D printer called SLASH. The device was manufactured using money crowdfunded on Kickstarter (Uniz managed to raise $572,000 with the initial goal being only $50,000).

The company is also known for its proprietary Uni-Directional Peel (UDP) technology that utilizes various features (including a sophisticated liquid cooling solution in the LCD screen) to provide faster curing times. This completely eliminates one of the main shortcomings of resin printing — relatively slow printing speed.

The Uniz zSLTV-23 is the latest industrial SLA 3D printer by Uniz. It uses the UDP technology to its full currently possible potential, making it one of the fastest resin 3D printers in the world.

To learn more about the company, read a thorough brand review 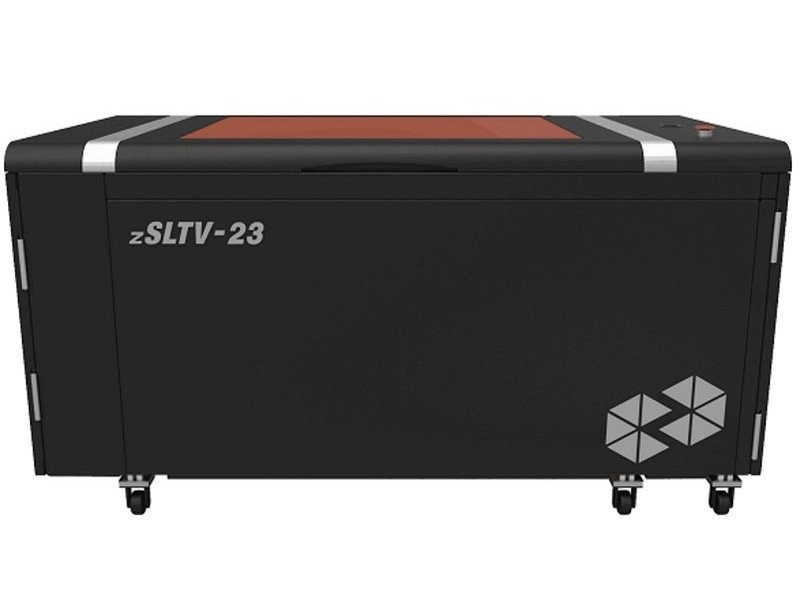 The Uniz zSLTV-23 is a large-sized high-speed industrial resin 3D printer. It was released together with the smaller Uniz zSLTV-15. The machine is fully enclosed and has an all-metal body. This provides high levels of durability and allows the device to keep the printing conditions quite stable. The zSLTV-23 can be used for various professional, commercial, and industrial purposes, including applications in aerospace and automotive fields.

The zSLTV-23 has a huge build volume of 527 × 296 × 740 mm. High accuracy and resolution make the device a great choice for creating high-quality prints (including functional parts). The machine utilizes the proprietary UDP technology that provides shorter curing times. This allows it to be among the fastest resin 3D printers in the market. Another great feature of the zSLTV-23 is an automatic resin management system, which streamlines the printing process.

The machine works with the proprietary Uniz software available for macOS and Windows. The program is easy to use, can handle very large files (even larger than 1GB), and supports the most common file formats: STL, OBJ, AMF, 3MF, as well as the UNIZ own files. You can easily manage multiple printers simultaneously and there are extensive repairing and slicing options. Uniz also provides its own mobile app. 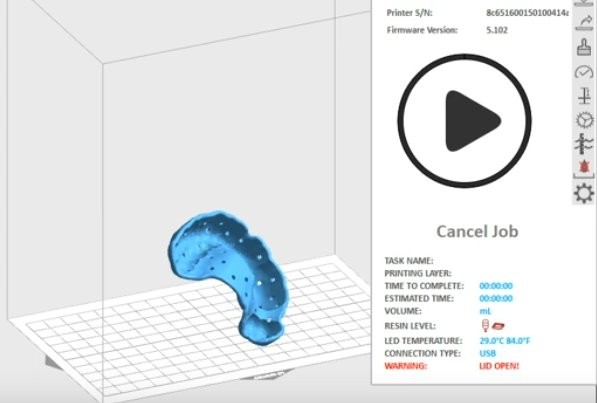 The zSLTV-23 is a very powerful machine. It has everything one would expect from an industrial 3D printer: impressive speed, massive build size and the ability to print functional parts at a very high quality. This sturdily built machine can be very useful even for demanding users.