While the combination of the low price and the FFF/FDM technology is not unheard of nowadays, larger 3D printers still tend to cost a significant amount of money. The CR-10 S5 by Creality aims to change this, bringing both the enormous build volume of 500 x 500 x 500 mm and a relatively low price to the table. 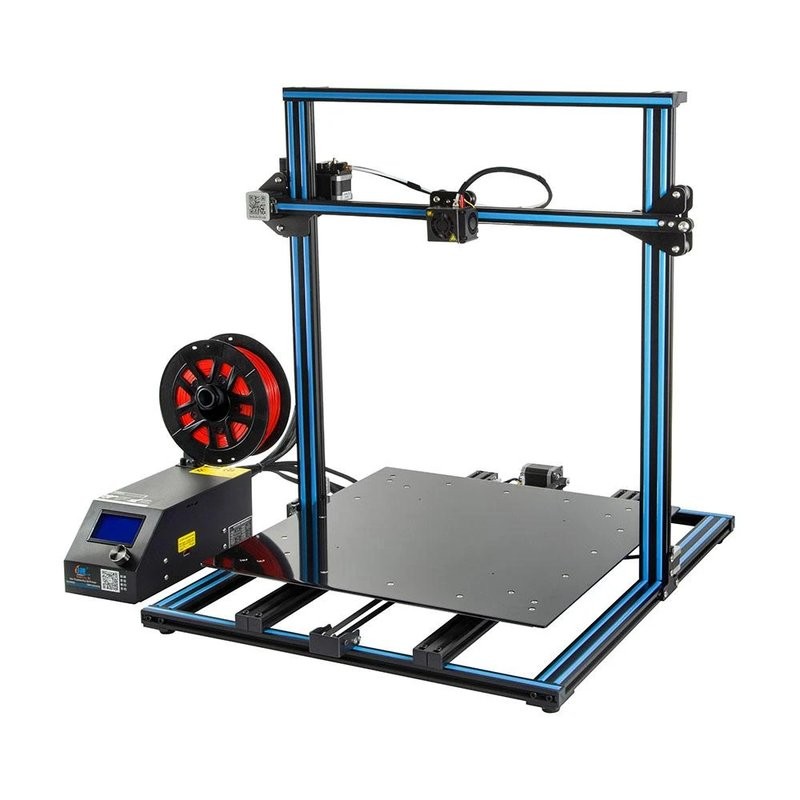 The CR-10 S5 is the latest addition to the CR-10 series of 3D printers by Creality. Its design is quite close to the other printers of the family — lack of the enclosure, dual lead screw and bed rails — with the addition of some things that are meant to accommodate its enormous (at 500 x 500 x 500 mm, this is the largest 3D printer offered by Creality) build volume. There are also some shortcomings. Namely, the machine is missing the so-called ‘Golden Triangle’ — a brace that connects the Z-axis with the base, a prominent feature of the CR-10 V2. This omission is surprising, considering that it was designed by Creality to make the frames of their larger devices sturdier. Nevertheless, the S5 looks like a solid machine after assembling. The stability is provided by some other measures: dual lead screws and two Z-axis stepper motor drivers significantly reduce the so-called ‘Z-wobble’ while the aluminum frame makes the machine sturdier overall. 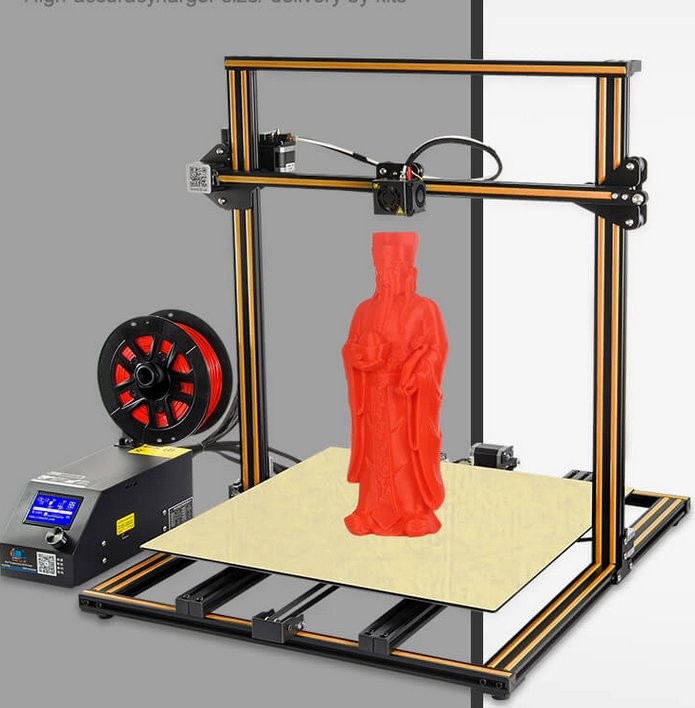 The device offers some really impressive features for its price. For example, it has a heated print bed with a glass cover. It allows for some versatility with the materials due to its ability to reach the temperature of 60 ℃ (it takes a while to get there, and the heat distribution is far from even but it’s expected, considering the size of the print bed and the affordability of this 3D printer). There’s an option to resume printing after a power failure which is very handy and the filament runout sensor. An upgraded circuit board allows for more stable printing with the manufacturer claiming up to 200 hours of work without a pause. This might be extremely useful considering the device’s ability to produce larger prints some of which will require a long time to print. A highly precise bearing system allows for stable work with less noise. The last but not the least is the dual bed railing system: it allows for smoother movement of an enormous 500 x 500 mm print plate.

What’s in the Box

As is the case with all of the Creality’s 3D printers, the CR-10 S5 is a cartesian machine that comes as a DIY kit. This one is rather partially assembled, coming in three parts: the base, control unit, Z-axis, and the cables to connect them all. All of it is neatly packaged inside a large-sized (as expected) box.

A small toolbox inside the package includes cables, instructions, tools, some replacement parts, and even a spool of PLA filament and an SD card. 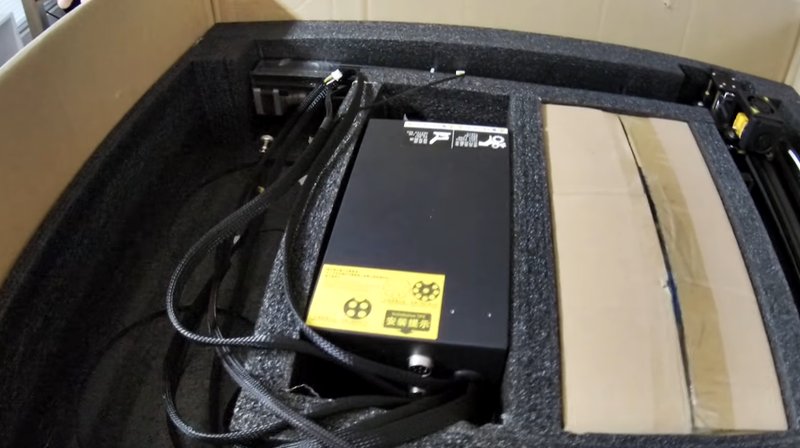 The first thing to do even at the stage of initial unboxing is to turn the voltage switch on the side of the control unit to 110V if you live in the USA. 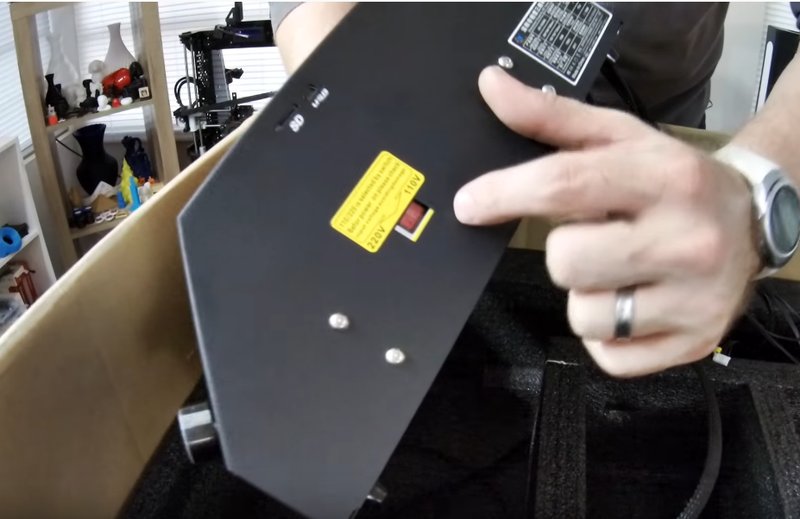 After that, you can put it aside, because the control unit is the last thing to be connected after assembling the printer.

While the printer is sold as a DIY kit, it’s still semi-assembled, meaning that the user needs to spend little time to build the machine. It will take around 10-15 minutes.

The main steps are connecting the cables, adjusting the filament reel and choosing where the control unit will be placed (since it’s kept on a rather short cable). 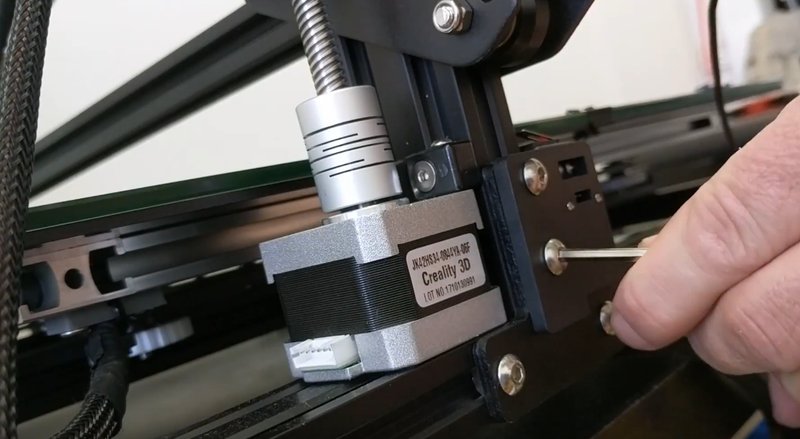 After assembling the platform, we recommend starting with leveling the bed. The CR-10 S5 doesn’t have any automatic bed leveling features, everything needs to be calibrated manually. This will require tightening the nuts if needed while checking if the bed moves smoothly. The process isn’t easy and sometimes annoying especially with the print bed this large but it’s the only complicated part of the preparation. 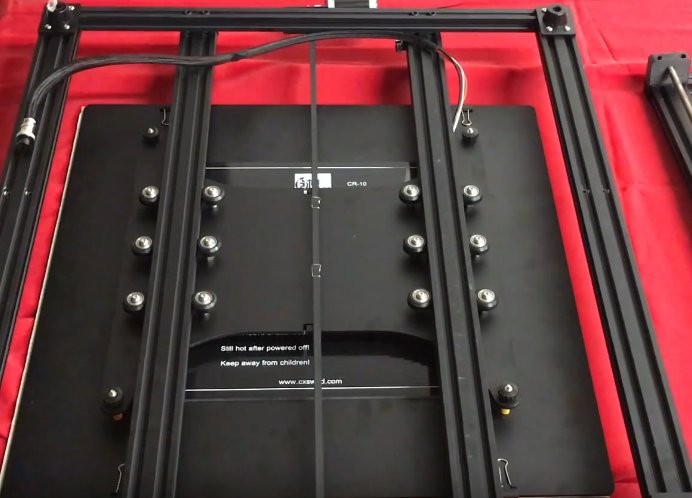 The printer is compatible with the variety of slicing and host software, including quite popular solutions such as Cura and Repetier-Host. Everything works as expected thanks to the overall simplicity of this 3D printer.

The example below shows that Cura has a pre-installed profile for the CR-10 S5: 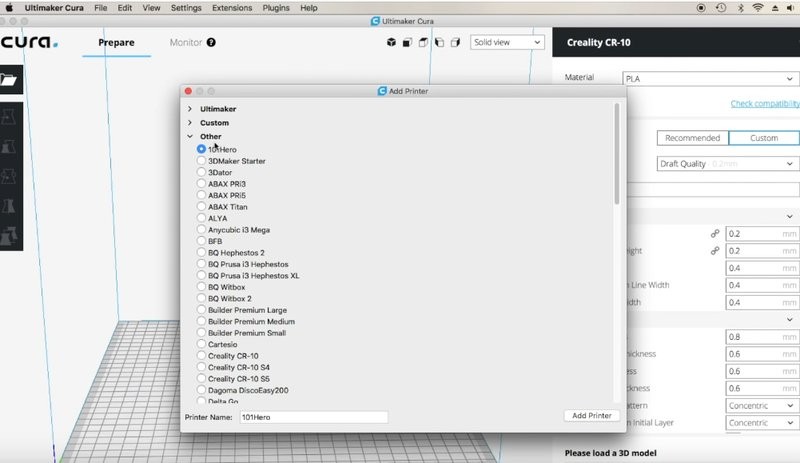 Redesigning engine case of the Harley Sportster by Rako Studios

Redesigning the engine enclosure of older Harley Sportster motorcycles required some changes to be made around the gearbox. The designer ultimately wants to print this in metal, but the idea was to try printing the enclosure in plastic to see whether everything would shift correctly before committing to working with aluminum. 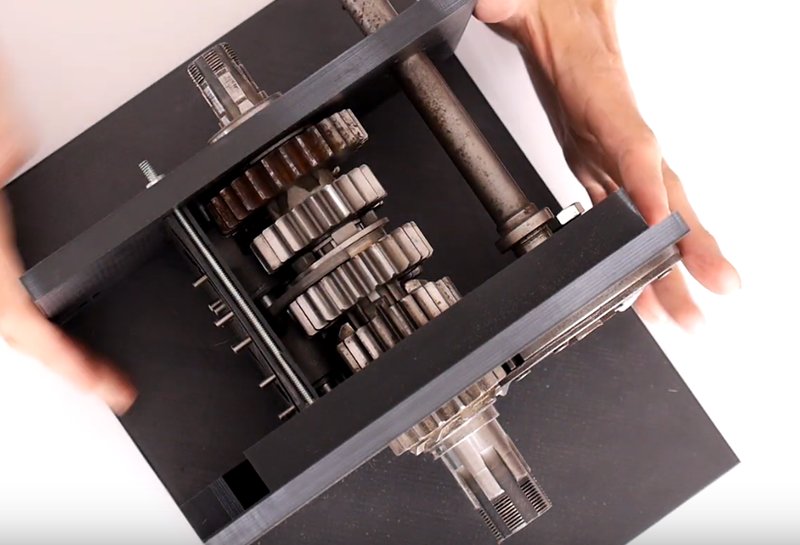 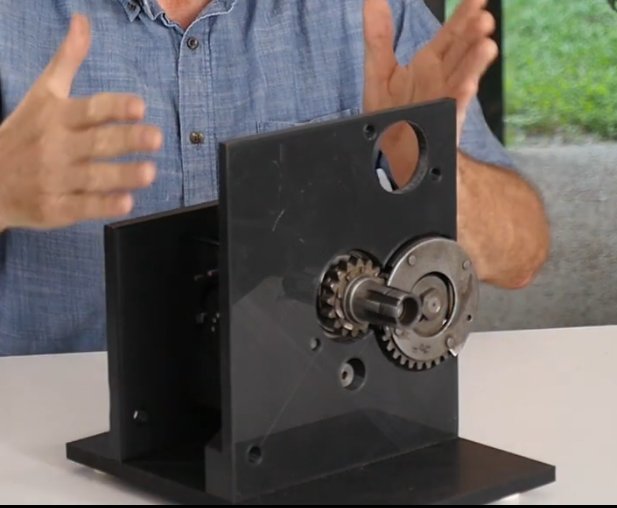 The CR-10 S5 is the largest 3D printer produced by Creality. It also costs significantly less than the majority of huge-sized printers on the market. But it comes with the caveats, big and small ones. The heat doesn’t distribute evenly across the print bed although lowering the temperature and using the materials that are less dependent on high temperatures might help. Adhesion is far from perfect and the issue called ‘ghosting’ isn’t a rare occurrence. The lack of the brace that connects the Z-axis with the base — a feature that is nicknamed as the ‘Golden Triangle’ is especially prominent. Fortunately, Creality has taken other significant steps to make the device stable, sturdy, and quiet.

But all of these issues are to be expected — large and inexpensive are the words that are rarely matched together in the world of 3D technologies. The device offers enough of the advantages apart from its size (and the ability to print large objects) and affordability: good printing quality with the accuracy of 100 microns, decent printing speed, relatively low amount of noise, the support for various common materials, and the ability to work with most popular 3D printing programs without a hassle. The manufacturer also promises that the printer can work for up to 200 hours without stopping.

All in all, the Creality CR-10 S5 seems to be a great choice for those who want to go big without paying a fortune. Some compromises are to be expected, but what you get is an overall useful machine, that is also highly modular and can be upgraded in various ways if you’re the one who loves tinkering.