Professional 3D printers costing at least several thousand dollars are nothing unusual. That’s to be expected from the machines that claim to offer incredible precision, streamlined workflow, and serious production capacity. Obviously, high-end devices still don’t come cheap, but the lower end of 3D printers of the commercial, industrial, and professional level is now more affordable than ever. All of the above were the reasons for a newly emerging segment of the market to appear: the devices that blur the lines between a consumer and professional levels of 3D printing.

In this article, we will talk in depth about one of such machines: The FlashForge Guider 2. It’s geared towards enthusiasts that want to try their hand at a more serious level of 3D printing, while still maintaining an affordable price. 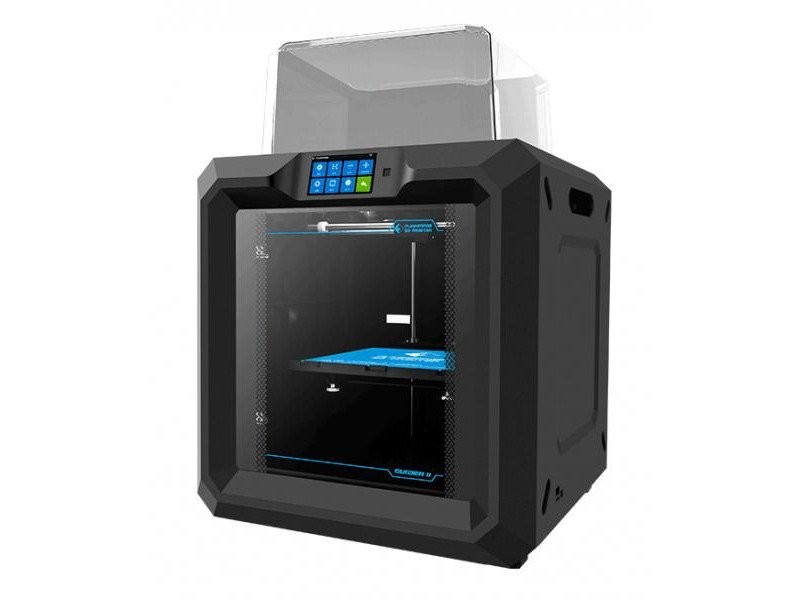 FlashForge is a Chinese 3D printing equipment and material manufacturer founded in 2011. It’s one of the biggest 3D technology brands in the world and is very respected both locally and globally. The company mainly focuses on the industrial segment of the market, although there are plenty of 3D printers occupying the consumer niche.

The FlashForge Guider 2 is a 3D printer that occupies a lower end of the professional/industrial segment. It’s a sequel to the original FlashForge Guider and features several improvements. For example, the print plate is more 1.5 times larger than the predecessor’s one. The build volume of this machine is not exactly big but more than enough, considering its quality. Another important thing to mention is that the print plate is now removable. It makes cleaning easier and more convenient. 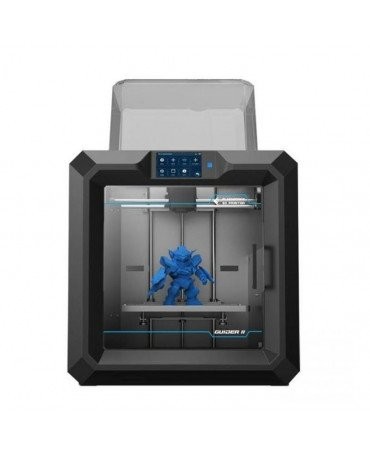 The plastic alloy case is quite sturdy. The Guider 2 is a rather heavy machine, but this doesn’t come as a surprise when dealing with the devices of the professional level. The combination of a fully enclosed case and a rather rigid build brings down the levels of noise, making a machine pretty quiet.

Working with the machine now is even more convenient. Automatic bed leveling makes setting up the device easier and quicker. The ability to resume printing after power loss is extremely useful. Filament runout sensors are expected from the 3D printers at this price point, but are worth mentioning anyway.

The FlashForge Guider 2 comes pre-assembled in a single box. Everything is neatly packaged and protected by foam, which should be removed first during unboxing. 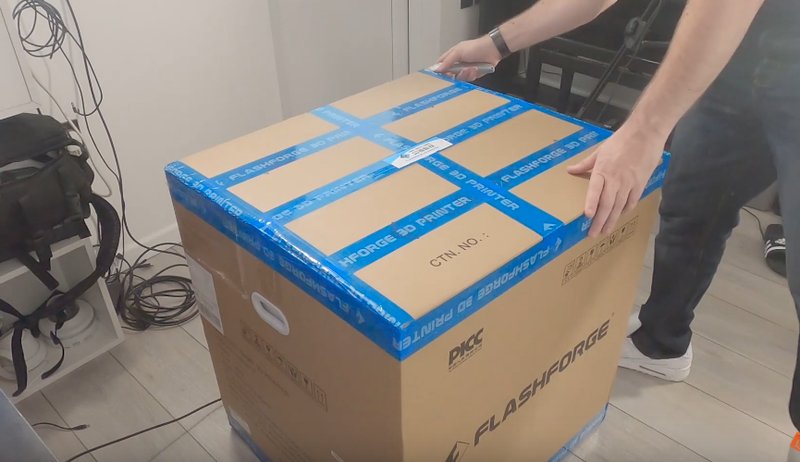 The package includes: the printer itself, filament spool and its holder, power cord, USB cable, a guide tube, and the toolbox. The latter includes a USB stick, Allen wrenches, screwdriver, and a tool for cleaning the nozzle. A user guide is also provided. 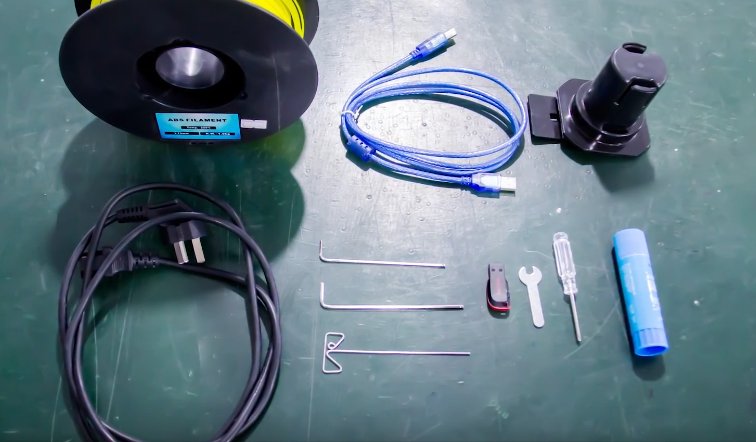 Getting the FlashForge Guider 2 ready to work is easy, since the device comes pre-assembled.

The first step would be to connect the power cord and turn on the machine with the “on/off” switch. 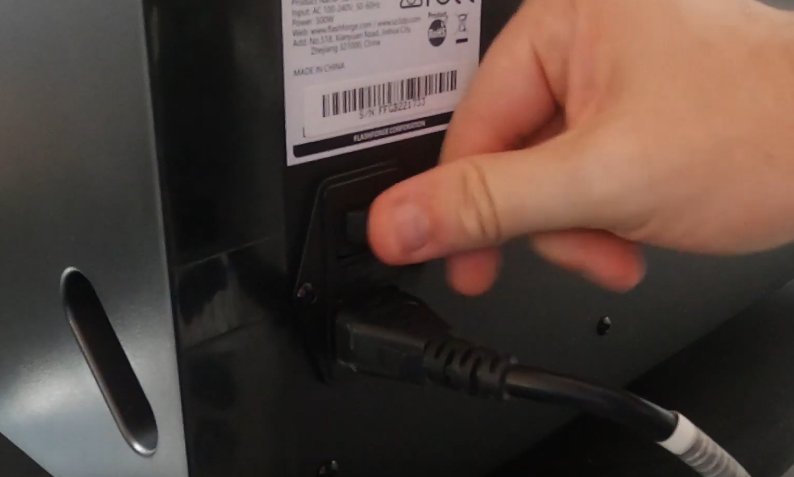 Go to ‘Tools’ -> ‘Manual’ and press the ‘Z-minus’ button. It will elevate the print bed. 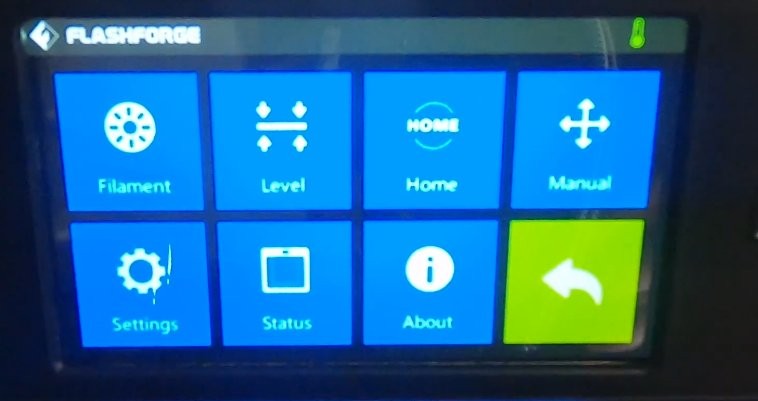 After that, you can remove the foam plastic from under the platform.

Install the spool holder and attach the filament spool. 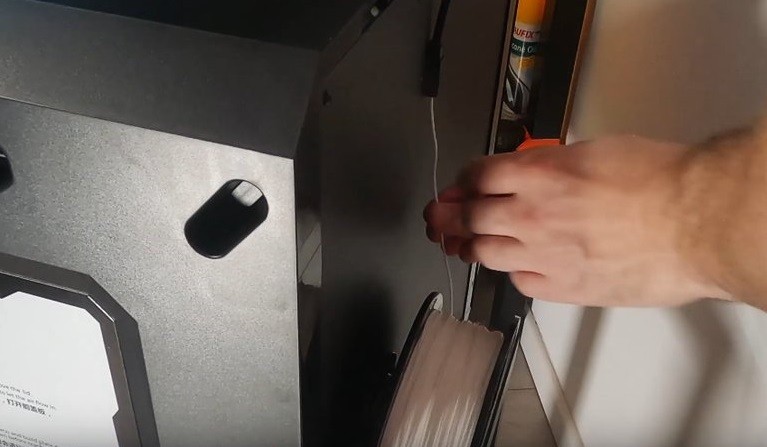 Feed the filament through. 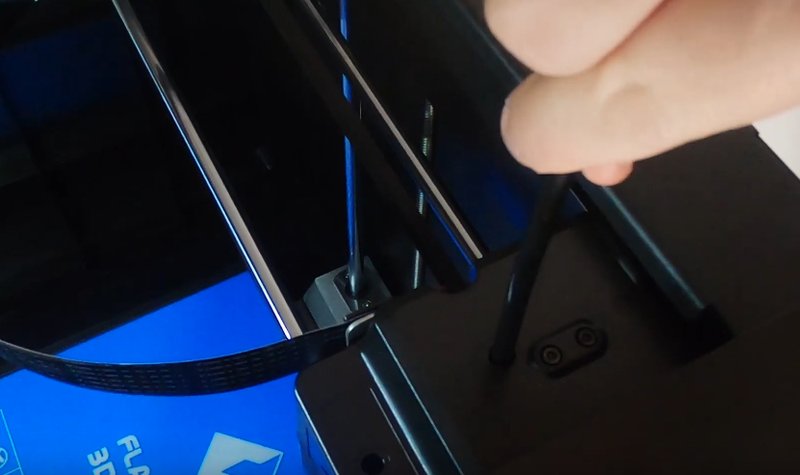 The next step would be to level the bed. It’s an assisted automatic process. The printer will do most of the job itself, but will occasionally give some instructions about screws to tighten, etc.

Now the printer is ready to work.

The 3D printer requires using proprietary software: FlashPrint. It’s essentially a slicer with a more powerful printing control options. It’s available for macOS and Windows and can be downloaded from the official website.

The FlashForge Guider 2 can be selected as a compatible printer. 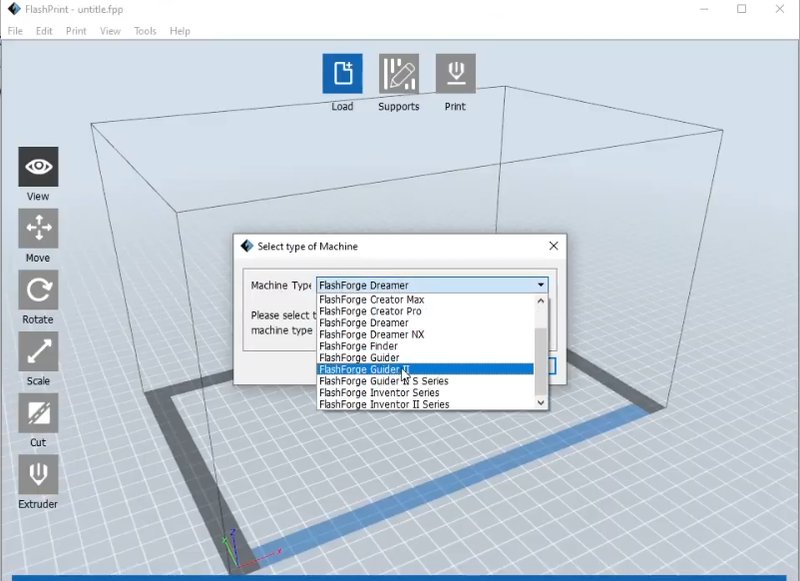 The program offers a simple and clean interface: the bulk of its tools are on the left. FlashPrint offers enough functionality to prepare a model for printing. By the way, the program works exclusively with the STL file format. 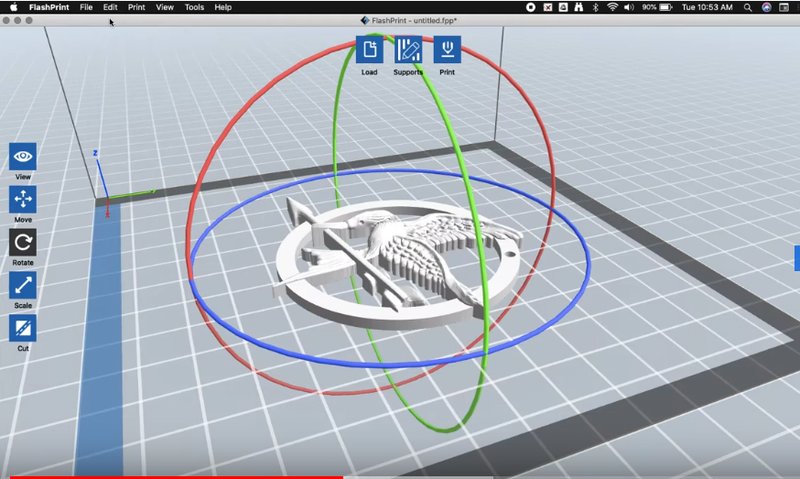 On the top of the screen, one can see three buttons: ‘Load’, ‘Supports’ and ‘Print’. The ‘Load’ button offers a way to load an STL file to the program (although FlashPrint supports a more direct way of basically drag-and-dropping the files). The ‘Supports’ provides abilities and features to work with the support structures. And then there’s the ‘Print’ button. Pressing it simply means sending the file for printing.

Let’s take a look at what this 3D printer can actually do.

The machine’s high accuracy allows it to print models with an excellent surface finish, such as these: 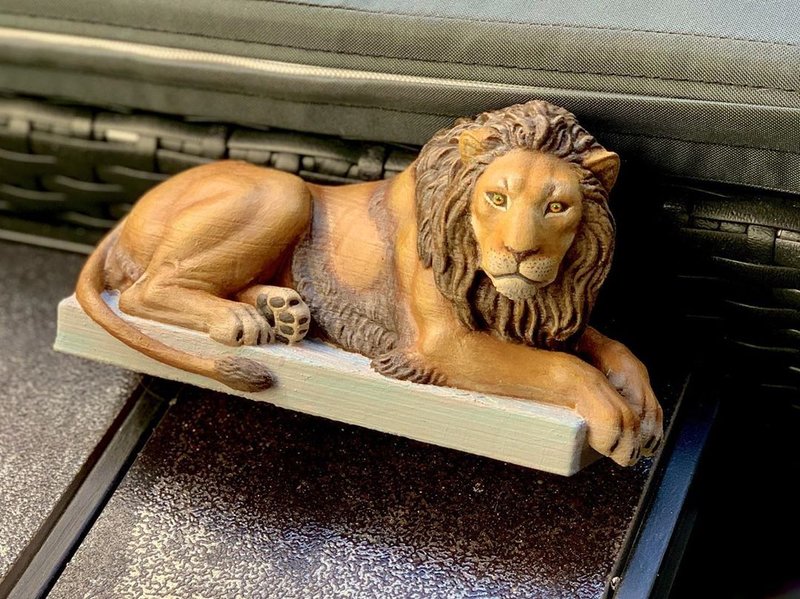 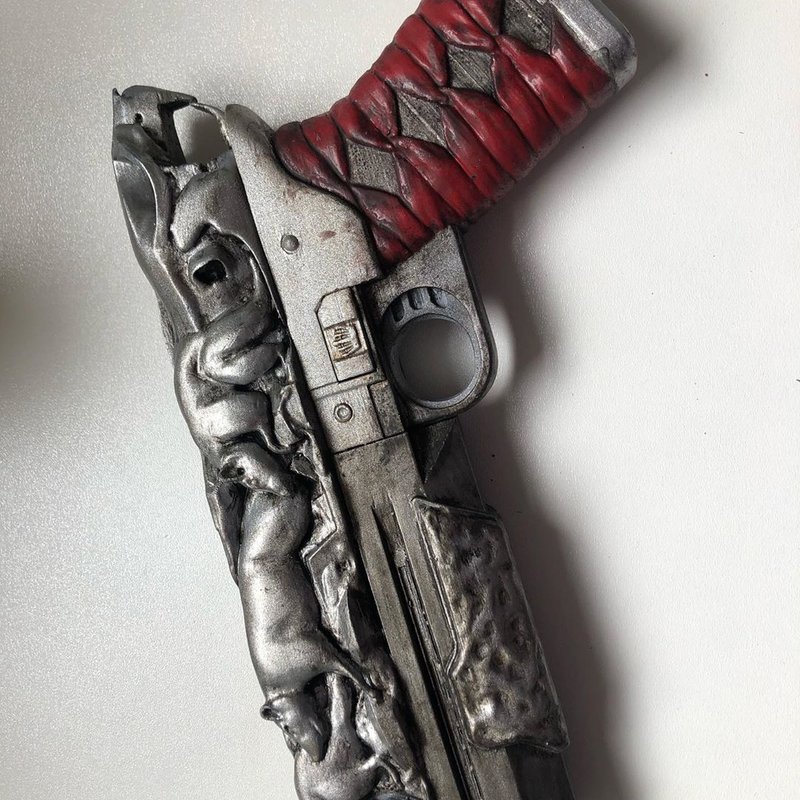 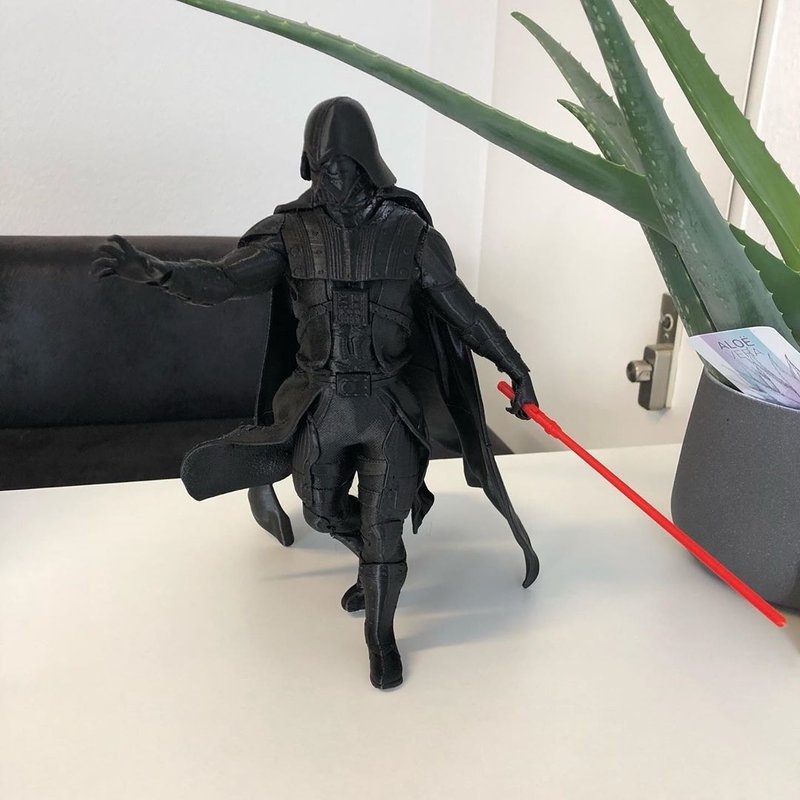 The FlashForge Guider 2 is a worthy successor to the original. Bringing the improvements in several areas without losing the best features of the predecessor is not always an easy task. This is the machine that manages to blur the lines between the consumer and the professional market. It offers extremely high precision at an affordable price without compromising on its feature set: assisted bed leveling, clean UI, support for various filaments, and a sturdy build.

The FlashForge Guider 2 is a great machine for both enthusiasts and professionals alike. It might be a right choice for those looking for something with a nearly industrial level of quality without spending the fortune.