In this article, we’ll tell you about Wanhao GR1 resin LCD printer, the new machine released by Wanhao in 2019. 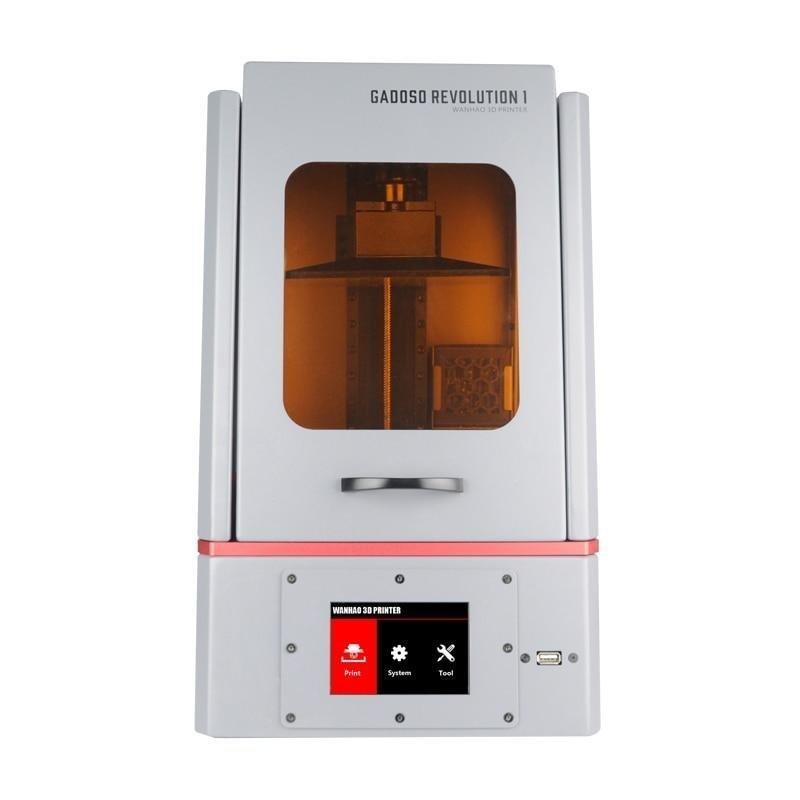 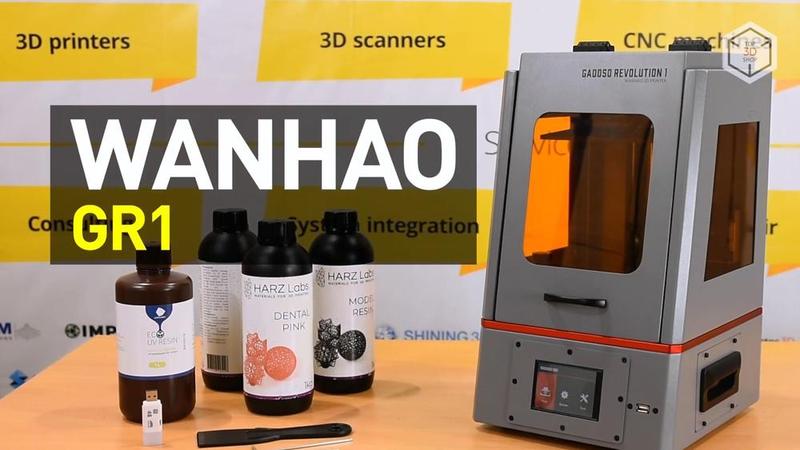 Wanhao Duplicator 3D printers are quite famous in the maker community - it's one of the most popular 3D printer brands among enthusiasts today.

In the summer of 2019, the Chinese company announced a new line of 3D devices for professionals - dentists, jewelers, designers and constructors. GR1 is the first device in this series. It's a resin printer based on the LCD technology. 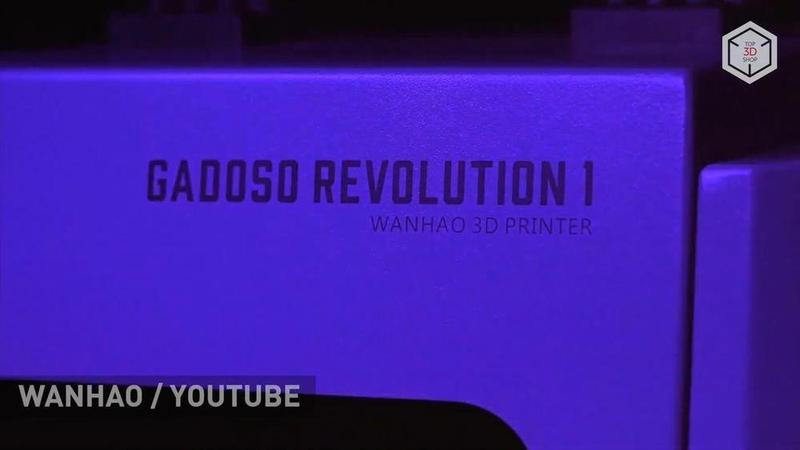 The new 3D printer has a number of distinctive features that turn it into the flagship of the new Wanhao lineup. According to the company, the build volume was increased by 23% compared to the performance of the Wanhao D7 3D printer, and amounts to 140x78x200 mm. 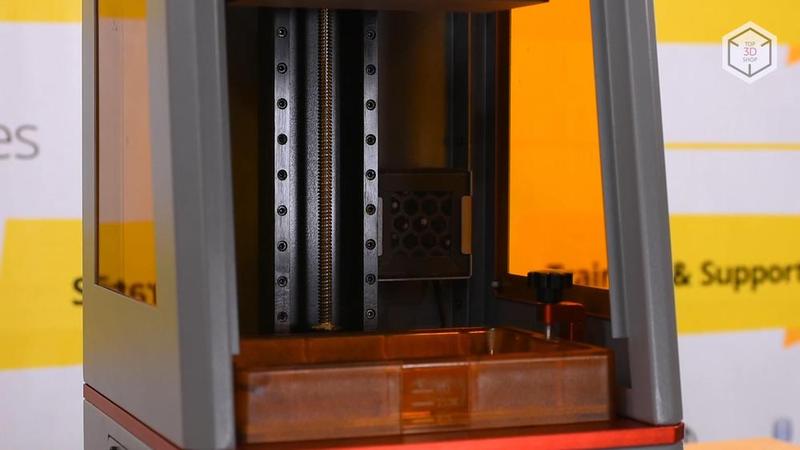 The rigid design of the Z-axis is anither feature that significantly improces print quality. The GR1 printer uses a dual linear rail and ball-screw transmission. 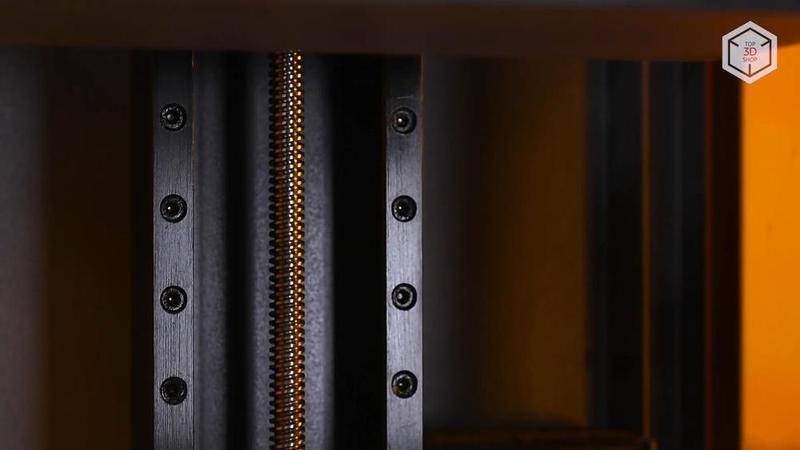 The updated design of the Z axis, enlarged build volume, and improved backlighting -  the company's specialists used the best of their practices when working on this model. In terms of printing accuracy, GR1 comes first among Wanhao resin 3D printers - accuracy of X/Y axes amounts to 55 microns, Z-axis - 35 microns. 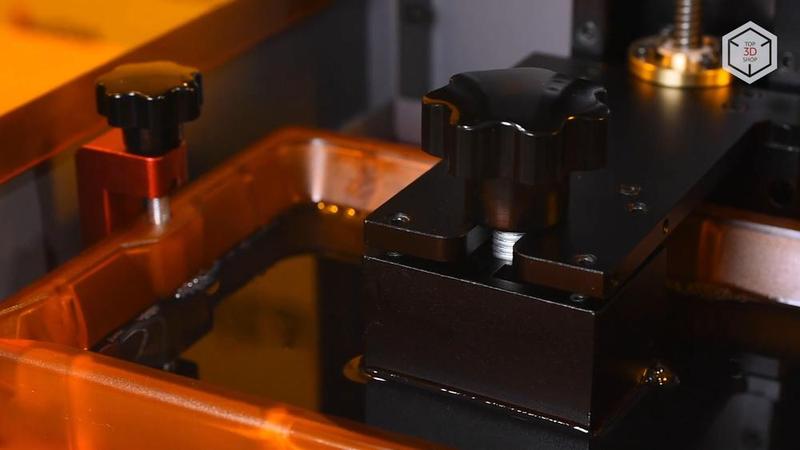 GR1 has a resolution of 2560 x 1440, which is standard for resin  printers of this company. The new Uniformtrix technology guarantees more uniform curing of resin with UV-light and makes the light streams more parallel - these measures reduce the number of defects and increase the geometric accuracy of printing over the entire surface. 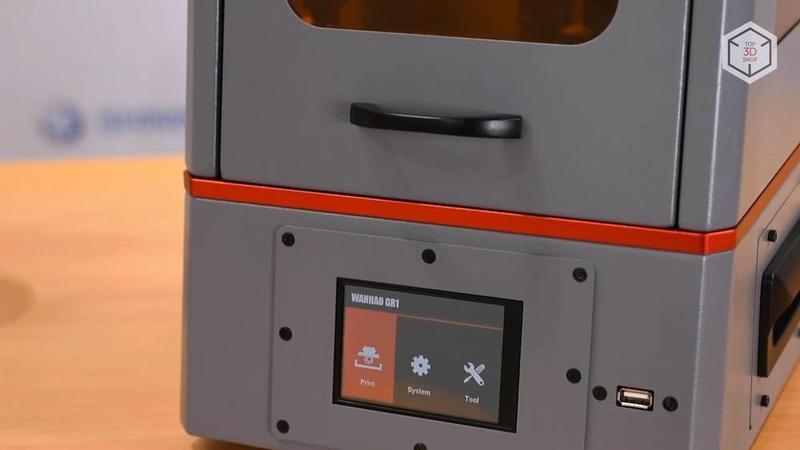 Wanhao GR1 features a large touch-sensitive screen. The selection of models from the list is simplified thanks to their graphical display. 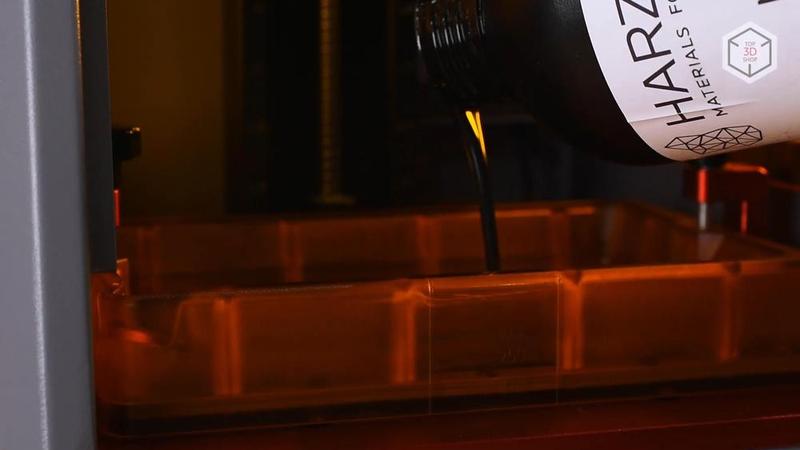 A transparent window on one of the sides of the resin vat is a small but practical innovation that will allow you to monitor the printing process. A measuring scale in the center will allow you to check the amount of used resin. 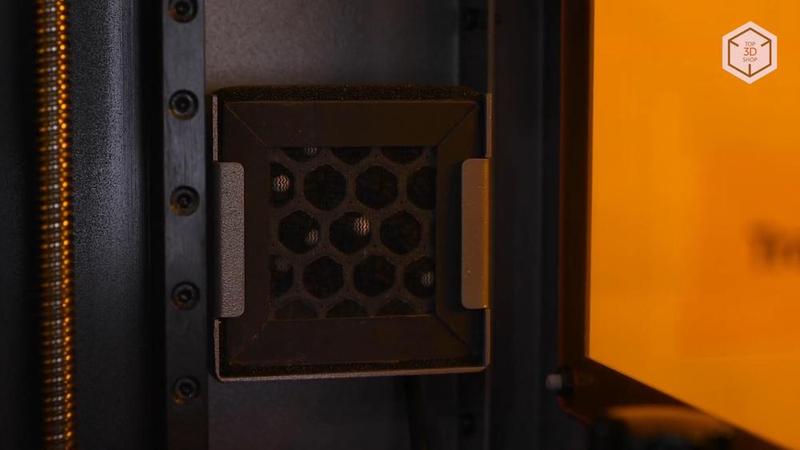 The build chamber of the printer features a carbon filter, which reduces air pollution in the room where the machine is stationed. 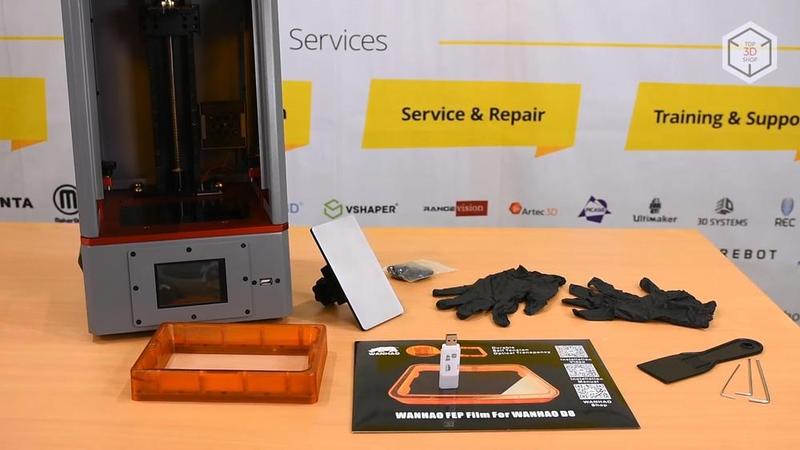 The printer comes fully assembled in a cardboard box. Check that the package and the back panel of the device have the same serial number.

In addition to the printer itself, the printing latform and the resin vat, the package contains: 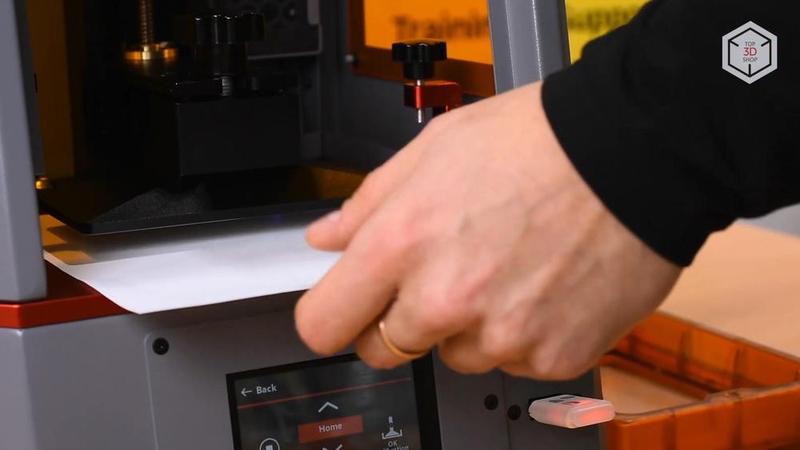 Calibration of the device is carried out manually, with the vat removed. Wanhao engineers recommend using a sheet of paper for a finer leveling. The procedure is performed once - it only makes sense to repeat it when you spot defects in your prints. 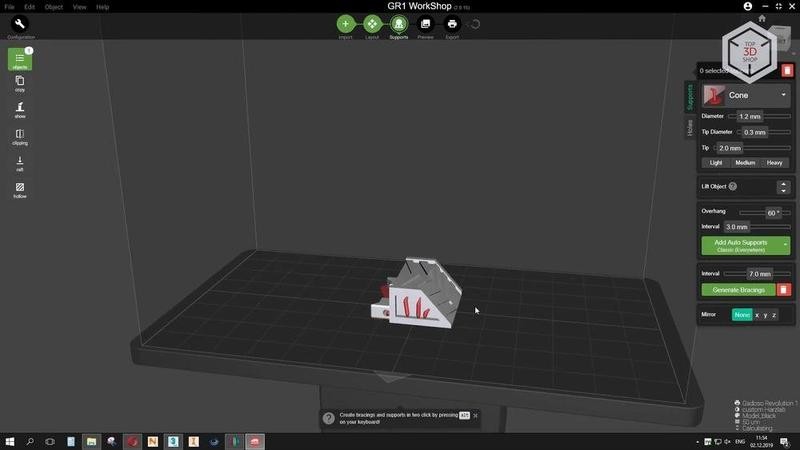 Specifically for this model the company developed a new slicer - Wanhao GR1 Workshop. It is quite easy to use and allows you to download a 3D file (STL, OBJ), convert it to G-code, set the print speed and layer thickness yourself, or use ready-made profiles. This proprietary software has extended functionality - in addition to basic tools, for example, it can convert models to hollow objects and allows manual placement of supports. 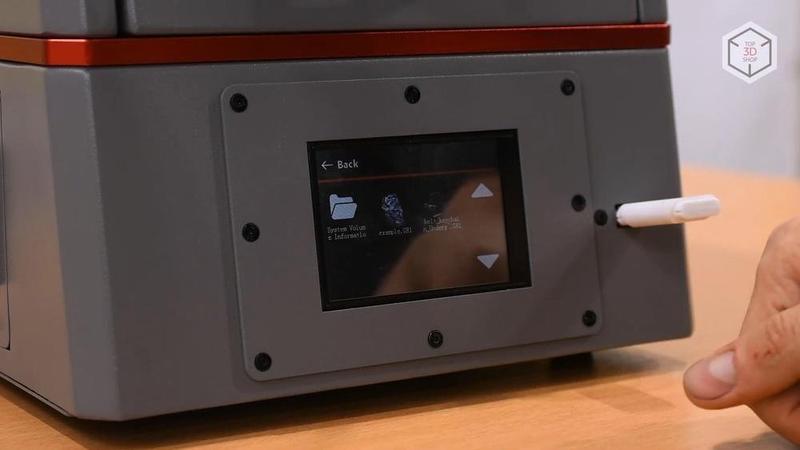 To transfer the finished g-code to the 3D printer’s memory, you can use the prepackaged USB flash drive, the port is located to the right of the display. 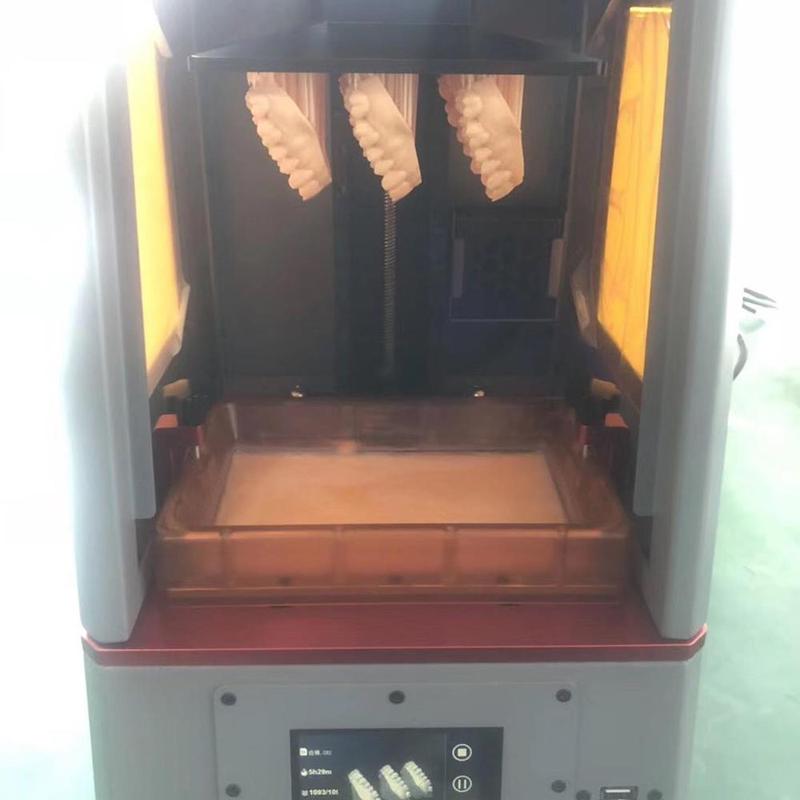 3dptinterj shared a prototype of the upper jaw bone printed on the new GR1. The model turned out to be very smooth, without any visible defects. 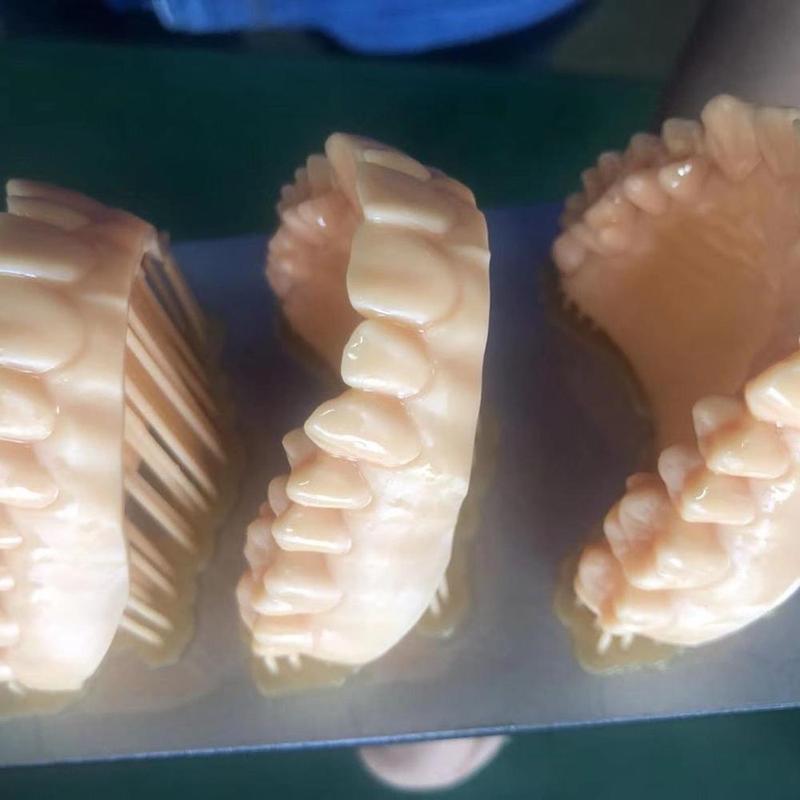 The head of a dragon by The3DPrintingDuck 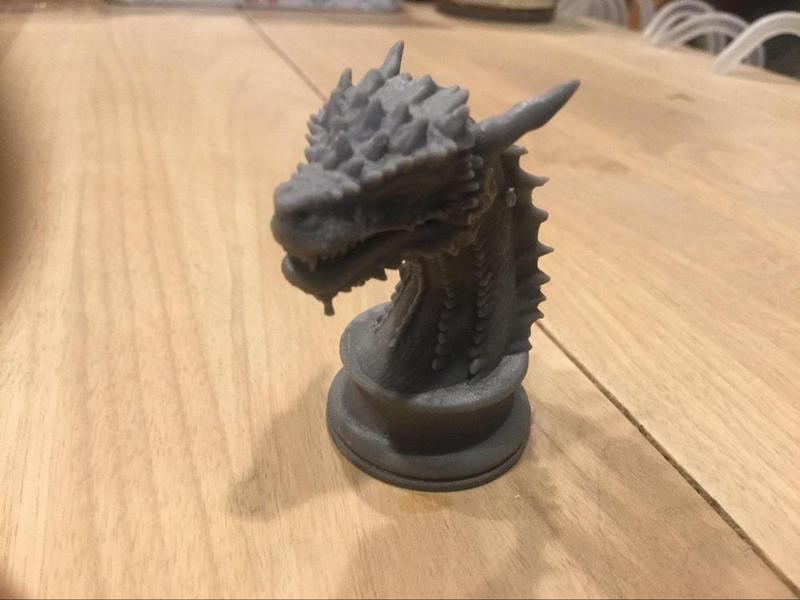 The3DPrintingDuck had just acquired their first LCD-printer. They printed a model of a dragon head made of grey resin. 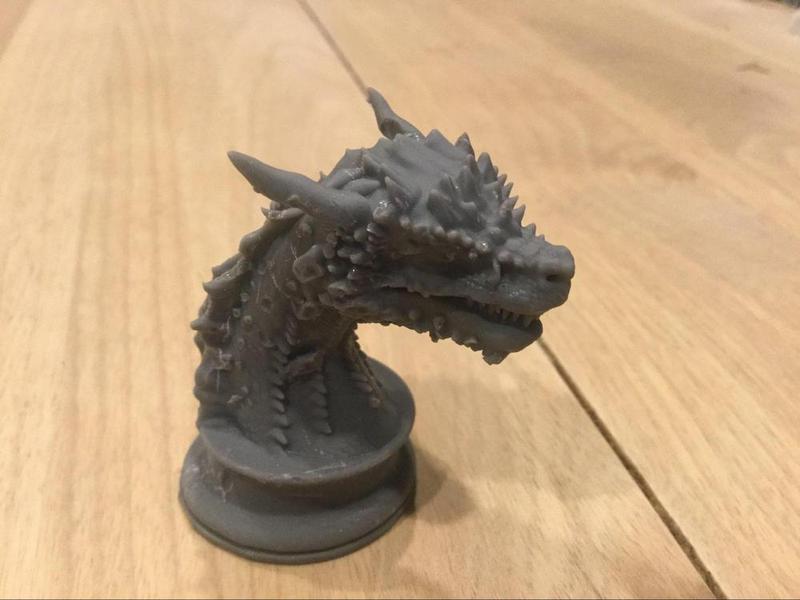 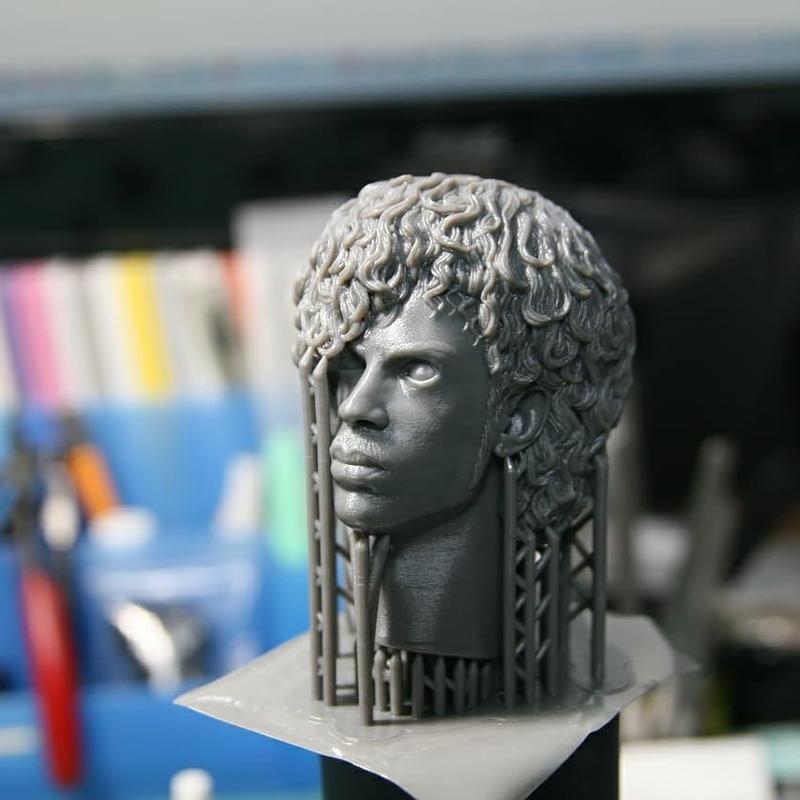 Cholubin, one of the owners of Wanhao GR1 , maintains his blog on Instagram. He is engaged in the printing and subsequent assembly of models of characters from movies and video games. For example, here's the Venom assembly kit: 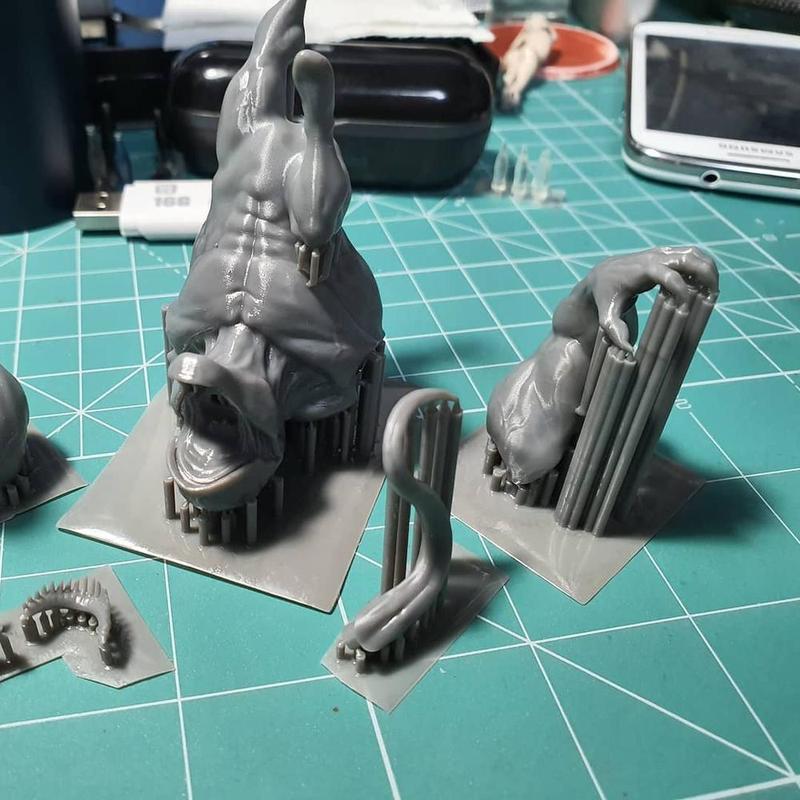 And here’s the assembled model of Wolverine: 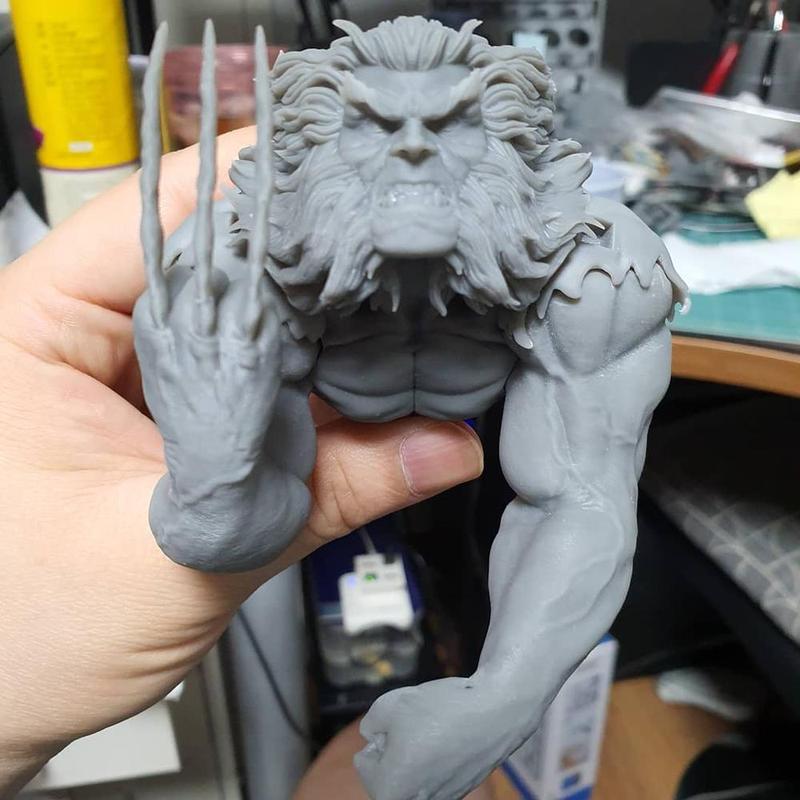 Gary Chen shows how to quickly replace a ball screw in a Wanhao GR1 printer. The procedure is quite simple, you only need two 3 and 5 millimeter hex keys and 10-15 minutes of time.

Since the GR1 model is quite young, so far only manual calibration of the device can be distinguished as one of the drawbacks. Longer use of the printer may reveal other problems.

The combination of all these prominent design features and technical parameters of the new 3D printer makes it possible to recommend it as a professional tool for dentists, jewelers, designers, and specialists in prototyping.