China-based 3D printer manufacturer Flashforge has released a new professional-grade large-format 3D printer. In this review, we are going to check its cutting-edge capabilities combined with superb design.

The Flashforge Creator 4 is an FDM 3D printer that combines a number of unique smart functions indispensable for industrial use, with a set of features common for many advanced machines in today’s market. Read on to learn more about what the new device from Flashforge has to offer. 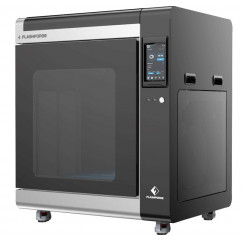 Apart from the printer itself, there are a whole bunch of different tools included. Besides the common hex keys, wire cutters, and screwdrivers, there is also thermal paste, a set of spare fuses, and replaceable hotends. 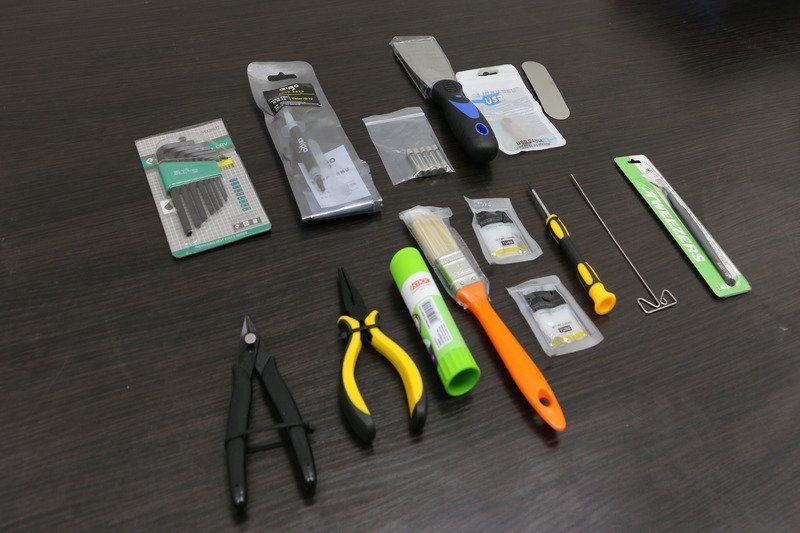 The Creator 4 is supplied with two filament holders, one of them being designed for a 2 kg spool, and the other is for smaller spools weighing from 500 g to 1 kg. Both holders are hidden behind the transparent door. Additionally, there are two filament spools in the box. 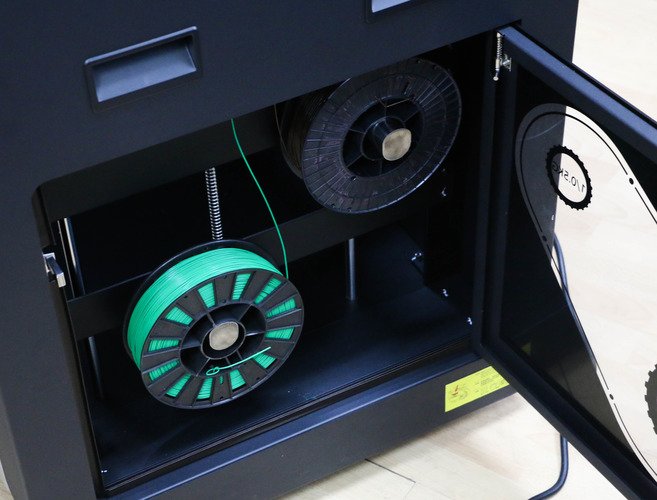 A pair of nice-to-touch protective gloves complete the kit. 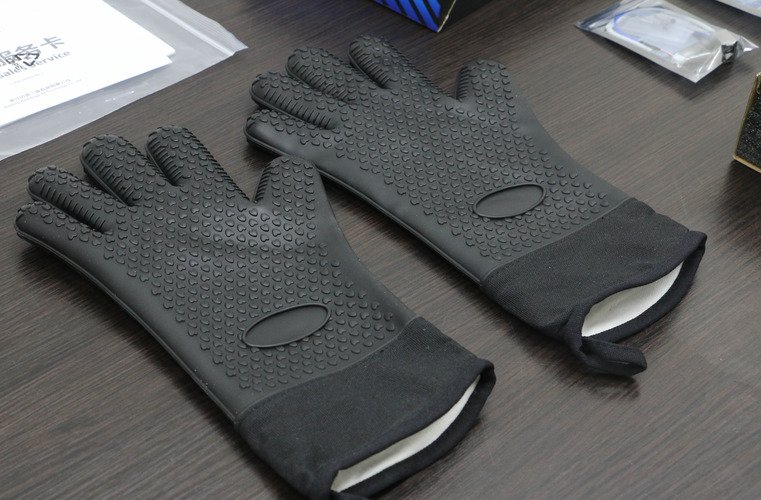 Overall, the Creator 4 is equipped with everything you may need to start printing right out of the box.

The first thing the Creator 4 can boast is its sizable build volume of 400 x 350 x 500 mm. The printer might appear fairly bulky, but its size is the price for the ability to accomplish most professional 3D printing tasks. 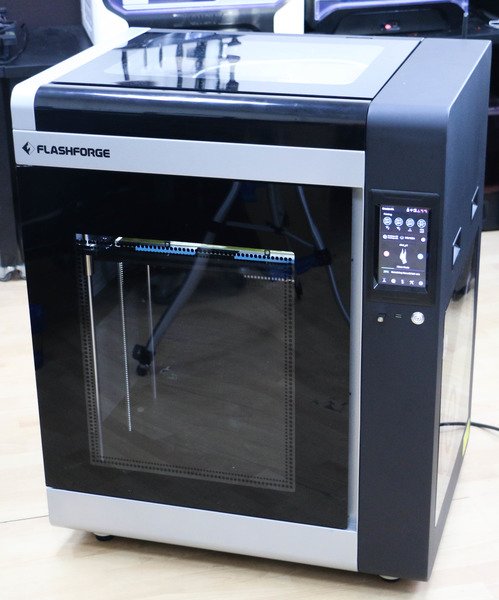 Another prominent feature of the Creator 4 is its extruders. The printer is equipped with the IDEX system, which stands for Independent Dual Extrusion. Unlike the conventional dependent dual extruder, IDEX can work simultaneously. This allows for the successful use of the printer in mass production and significantly reduces printing time. Moreover, Flashforge offers three extruder types; any two of them can be used simultaneously. 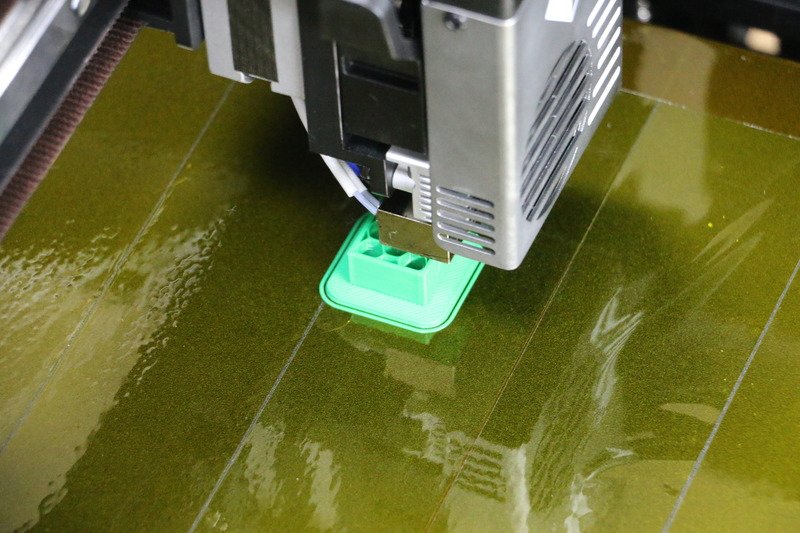 While the active extruder is doing its job, the system prevents the filament overflow from the second inactive extruder by pushing it aside and blocking it with a special plug. 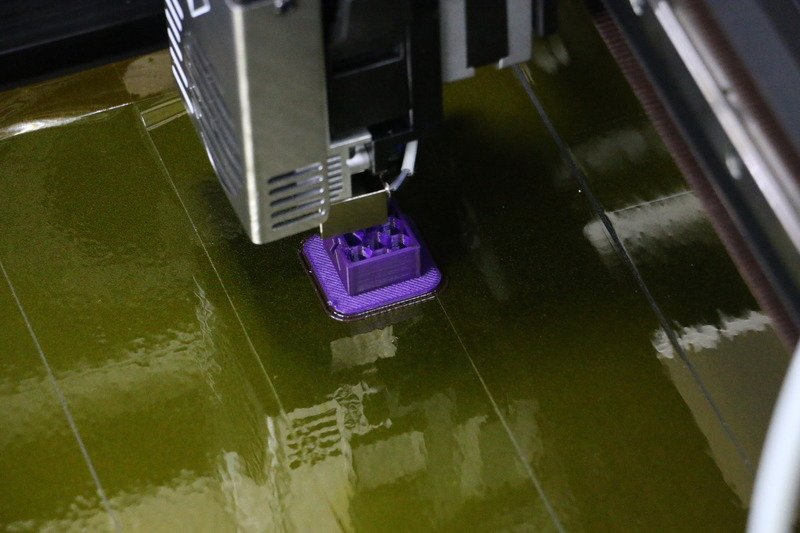 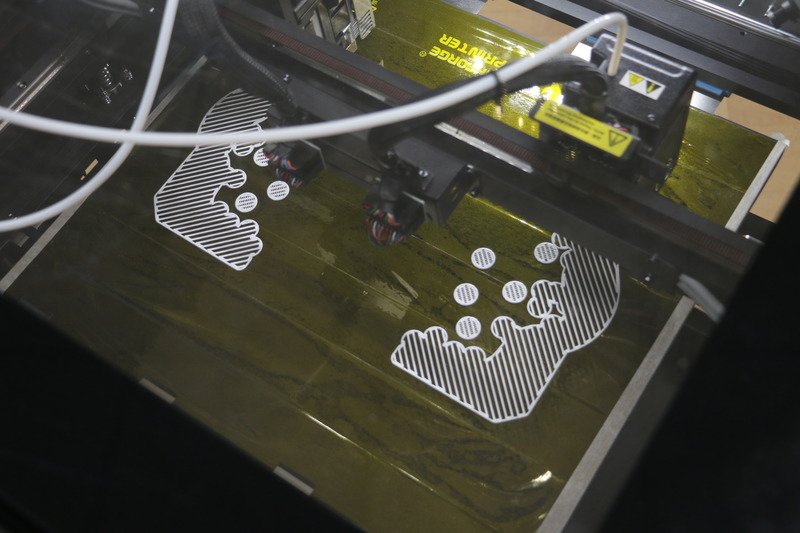 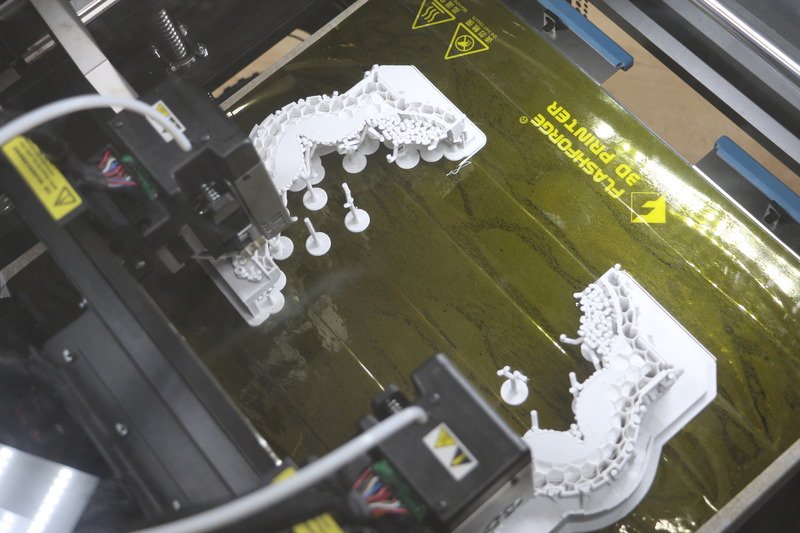 Let’s have a look at the available extruder types.

The Flashforge Creator 4 features a print chamber that can be heated up to 65 ℃, and a new thermal control system for efficient temperature regulation. Before printing, you can preheat the chamber to a certain temperature depending on the material you are going to print with. The desired temperature will be maintained throughout the entire printing process. In addition, the thermal control system can keep the build chamber warm after the print process is over or activate cooling (the cooling process can also be adjusted for specific materials). 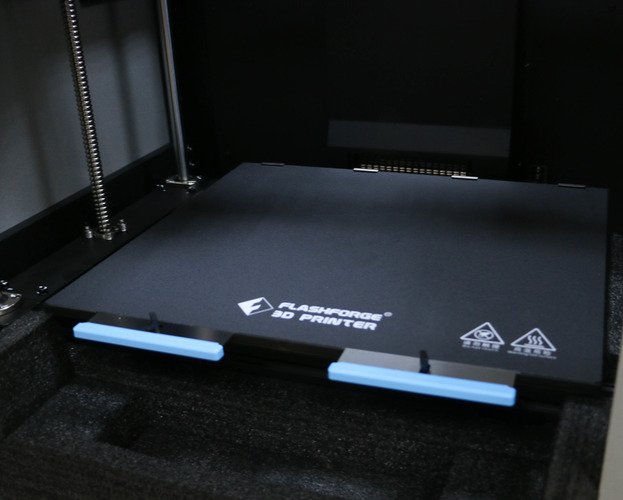 The fully controlled heated chamber allows you to avoid warping or surface cracking of the parts printed with ABS, PC, PA, or other engineering-grade materials prone to such common issues.

Besides the heated chamber, the print bed can also heat up to 130 ℃.

Smart thermal control and dual extrusion systems are not the only benefits of the Creator 4. The printer is equipped with high-precision linear guides for both X and Y-axes to improve print accuracy. 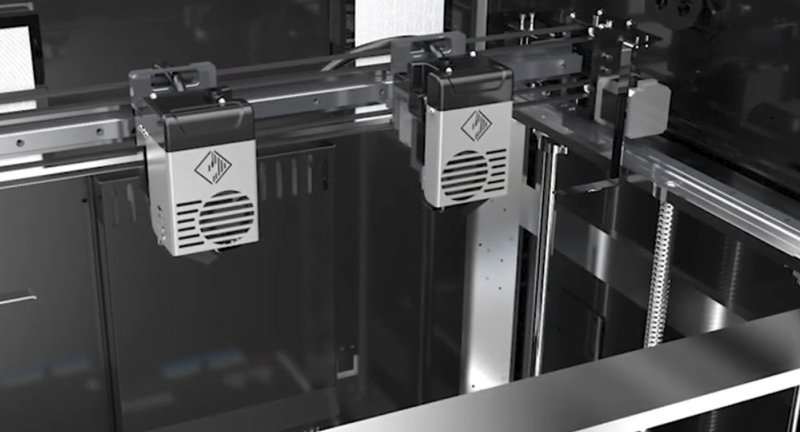 The device uses the S-type motion control system to smooth the start and stop while printing, which contributes to more precise nozzle positioning and overall quality of the models. 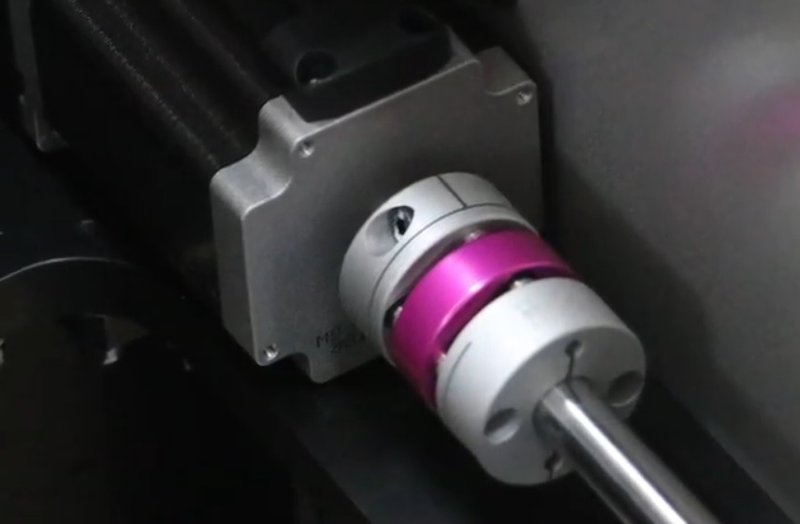 The sturdy stainless steel construction of the Flashforge Creator 4 makes the printer extremely stable, eliminating any wobble or jarring that can cause print failures.

With the high-temp 360 ℃ Extruder-HS, the Flashforge Creator 4 can print with almost any materials, including PLA, ABS, PETG, TPU, and more demanding filaments.

Another one of the numerous advantages of the Creator 4 is its intelligent filament management system, accessible via a touchscreen user interface. 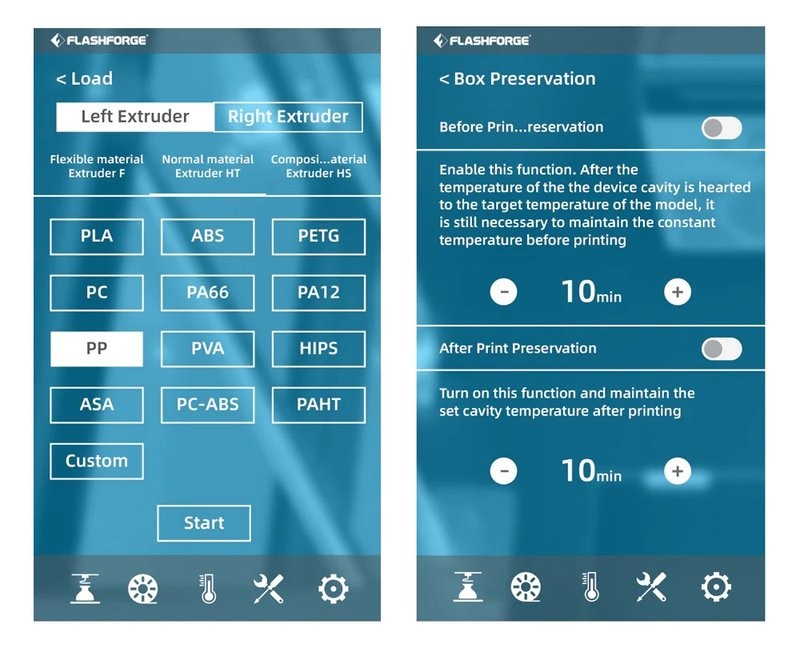 Having discussed the major benefits of the Creator 4, we can’t but mention less noticeable, yet very important features of the device.

The printer is equipped with a HEPA 13 air filter, which is an absolute must for printing with toxic or odorous materials. 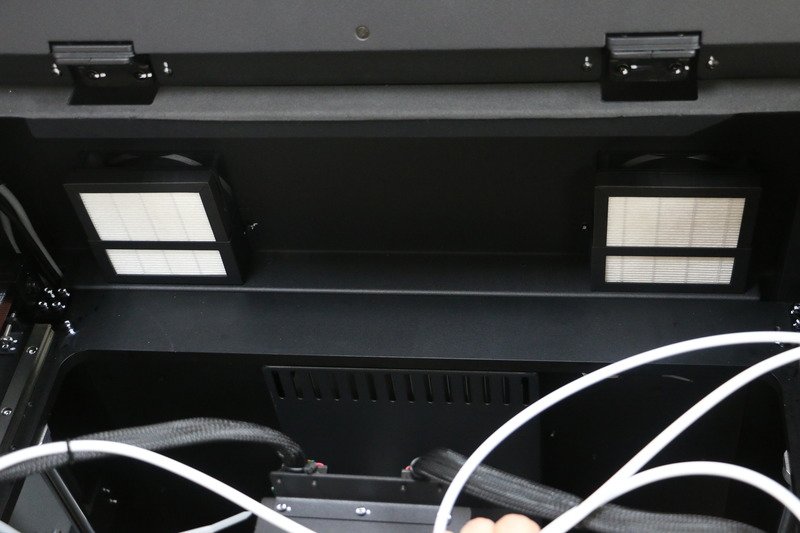 The Flashforge Creator 4 sports a 7-inch operating touchscreen, as well as a built-in camera to control the printing process, print resume and auto power-off functions. 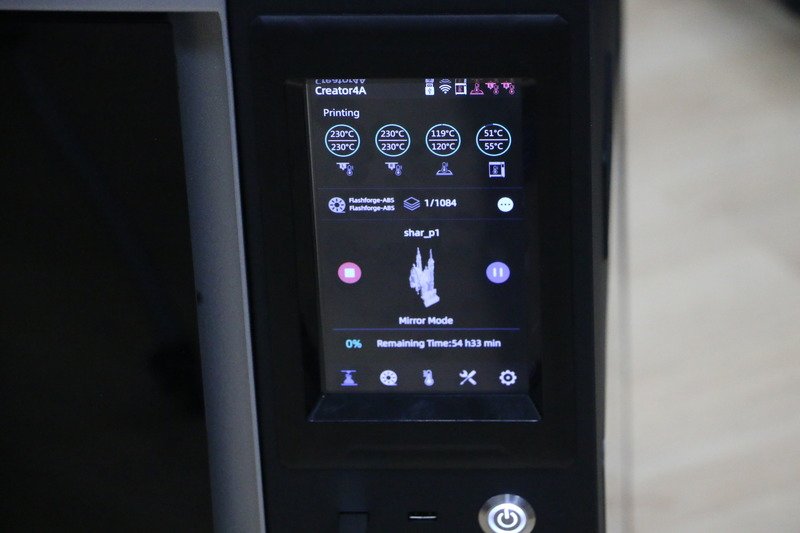 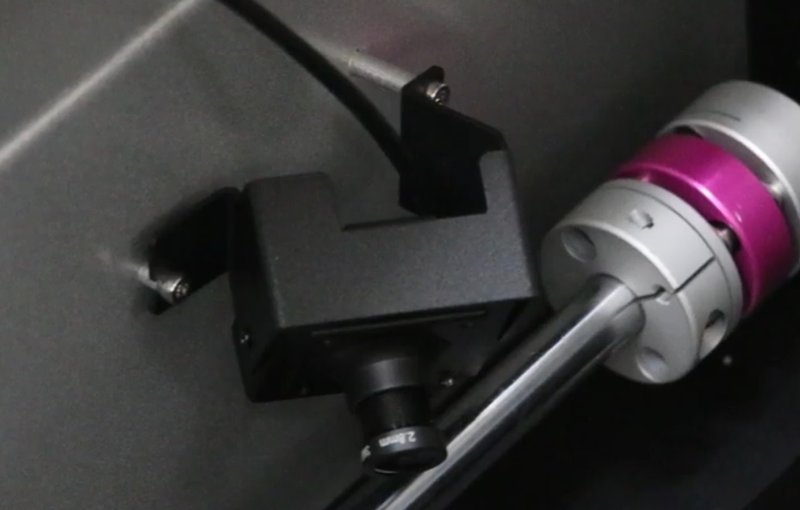 Another useful feature worth mentioning is auto bed leveling — in fact, the Creator 4 is not even supposed to be calibrated manually. When the auto leveling is done, the build platform can be locked with a special twist lock, so you don’t have to calibrate the platform each time before printing, unless its position changes for some reason. But that is a rare case, and we have not experienced any problems with calibration.

To prepare models for printing, Flashforge recommends its dedicated FlashPrint slicer, which is the only compatible option for the Creator 4 as of now. However, that does not bring any inconvenience as FlashPrint is a good slicer with rich functionality. 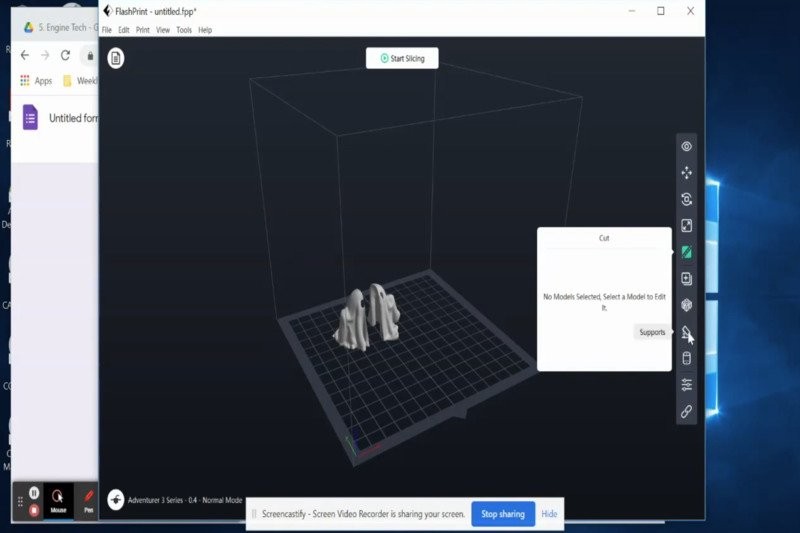 Sample prints: the benefits of IDEX

To test the capabilities of the IDEX system, a model of the Kul-Sharif Mosque was printed. The estimated printing time in standard mode was about 103 hours. In fact, the use of the dual extruder was expected to show much better results. The 3D model was split symmetrically into two parts that were comfortably placed on the build plate, due to the large print area. The two independent extruders showed high performance while printing two parts simultaneously in the mirror print mode.

The IDEX system reduced the printing time almost twice, from the estimated 103 to the actual 54 hours. With two extruders working independently and a large print area, the Creator 4 easily met the challenge, having proved the independent dual extrusion system to be extremely efficient. As the test shows, the IDEX system allows you to double the production thus greatly benefiting your business. 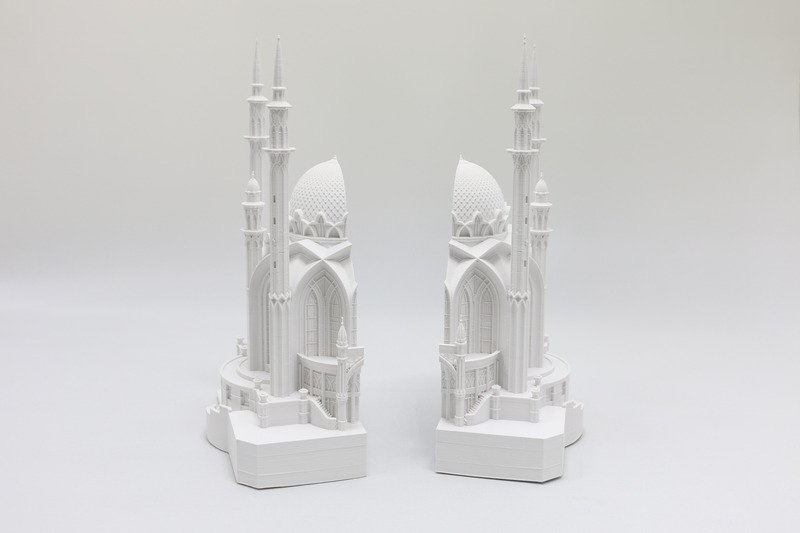 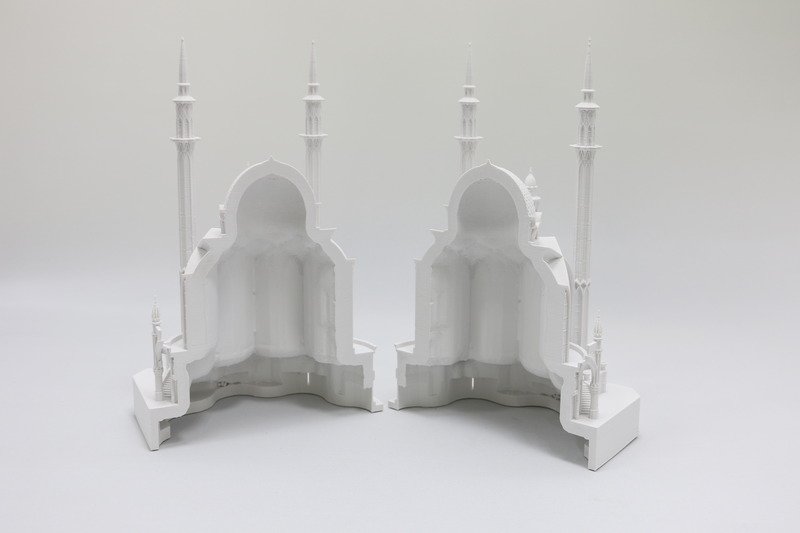 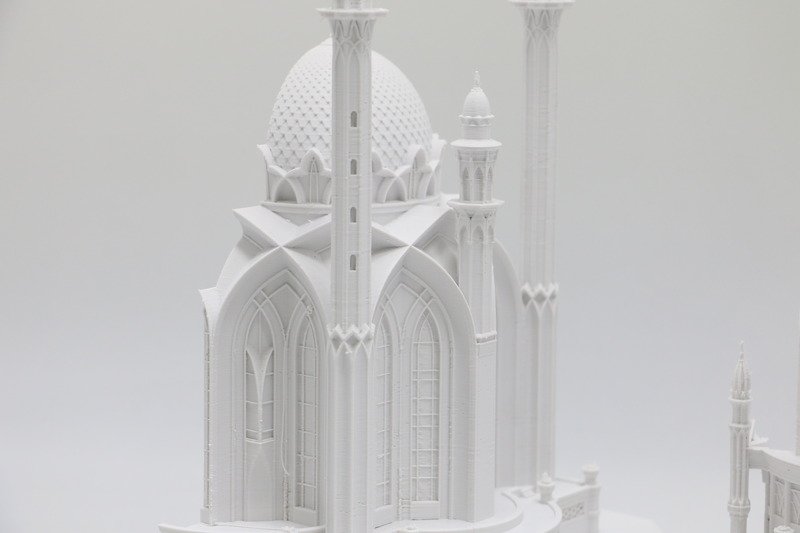 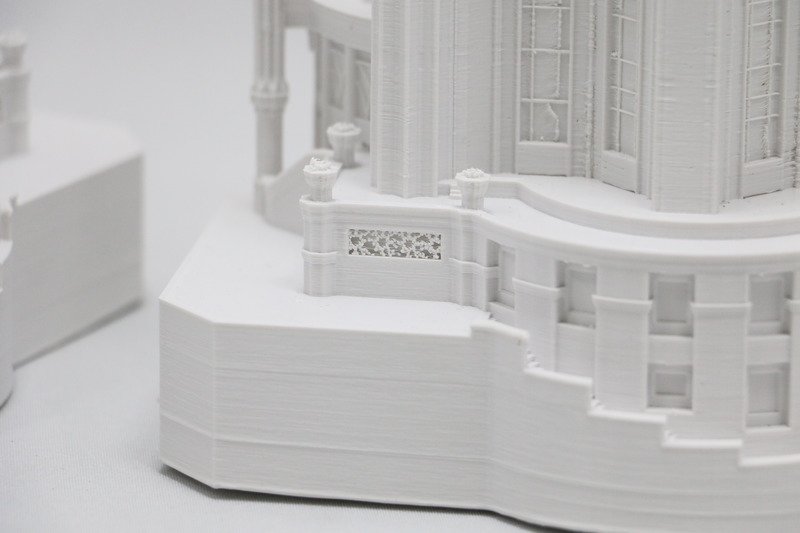 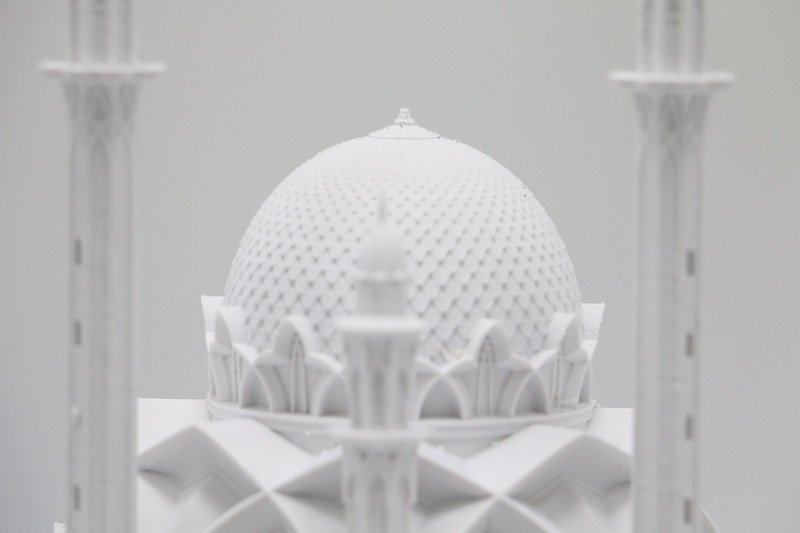 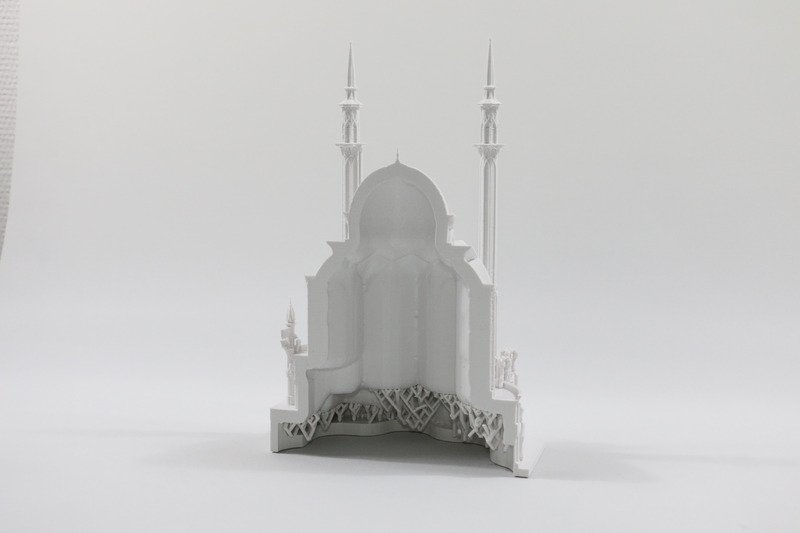 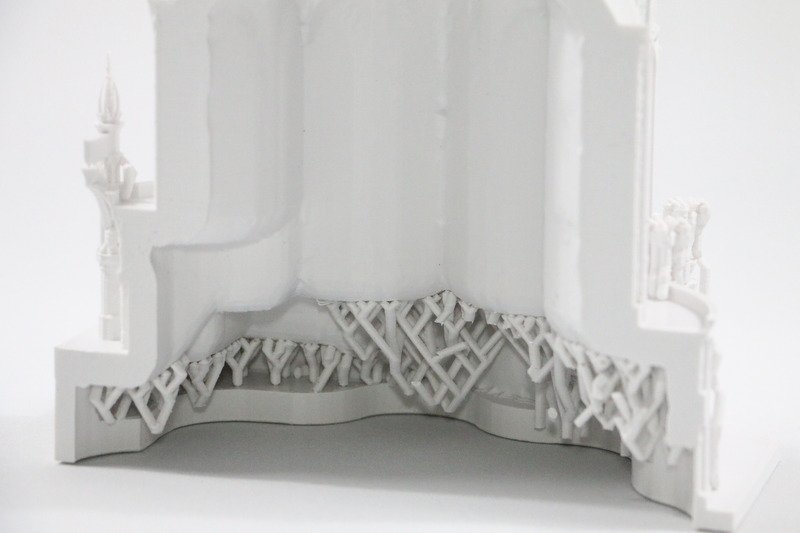 Below you can see a few other models printed with the Flashforge Creator 4. 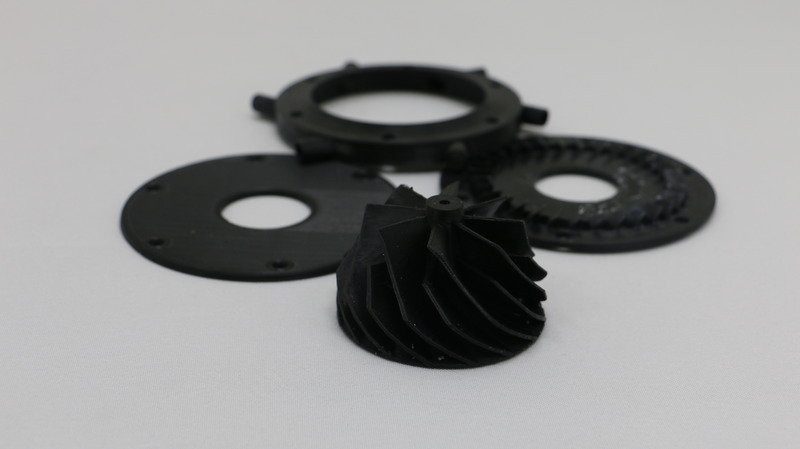 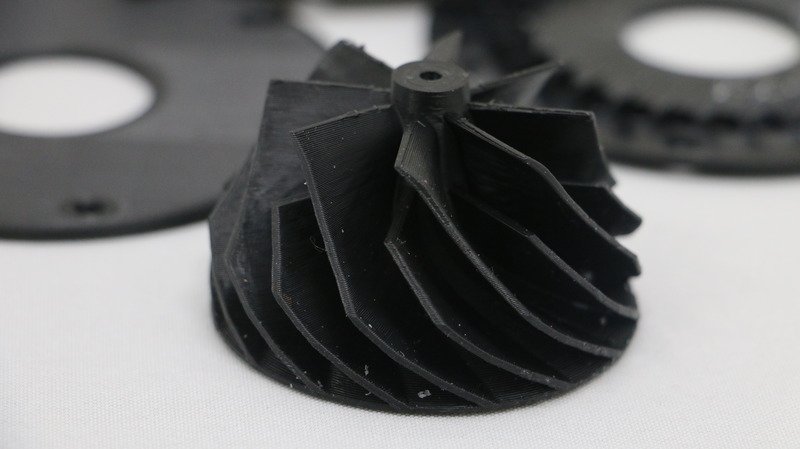 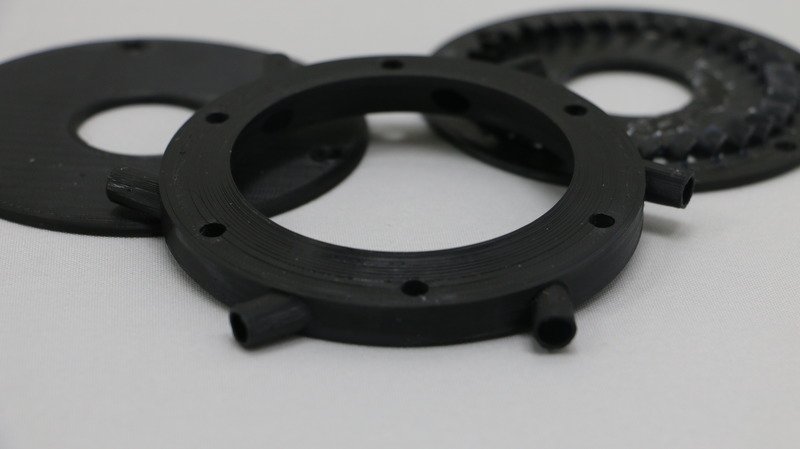 The Flashforge Creator 4 is an outstanding industrial FDM 3D printer that can greatly add to the productivity of many businesses. 3D printing enthusiasts who are not averse to taking advantage of the printer’s size can, too, get exciting printing experience with the Creator 4.

The IDEX system and three available extruders expand your possibilities to a great extent. The heated print chamber does its job perfectly, and the intelligent thermal control system really works. In order to stay objective, we would like to find any downsides to the Flashforge Creator 4, but so far we have found none. 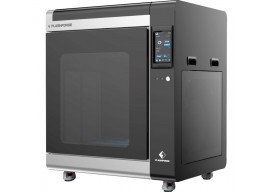